NME+Cornershop - they wouldnt would they? Eh yeh they would

As predictable as it gets..
NME+Cornershop have a nice bitch about himself without any hint of editorial impartiality..and wow Its good to know I am now a racist!!!

Does Rock ‘N’ Roll Kill Braincells?! – Tjinder Singh, Cornershop
3: There’s a famous press photo of Cornershop setting fire to pictures of a Morrissey poster outside his record label EMI’s London offices in 1992. What slogan is shown on the t-shirt drummer David Chambers is wearing?
“That’s simple – Token Honky.”
CORRECT. “That picture hasn’t gone away, so that’s easy to remember. We’re proud of that time. A lot of people can now simply point to one of Morrissey‘s t-shirts to point out racism, but at the time we put together different lyrics: the use of the union jack, his use of Richard Allen imagery, his dubiousness in certain interviews and the inability – or lack of want – to talk about the situation. Nowadays, it’s out in the open, so we’re proud we addressed it.” “He thought he was Oscar Wilde, and he wasn’t. He was just a bit wild. With people like that, all bets are off, especially when they go off to America and start talking about what’s happening in England. It’s the same as John Lydon going to America and promoting Brexit, and a great example of how people you thought at one stage were very worthy and progressive can so quickly become exactly what they were fighting against.” “We got a hard time for that from the press and individuals who thought he could do wrong. But at the time, we were part of a label (Huggy) that was seen mostly for the riot grrrl scene. We were honoury riot grrrls even though we were all male [and received support from there]. We felt like it was the ’70s – except the punks were now riot grrrls and the reggae people were now us. It was different sections of the community coming together because we had similar oppression.” “The right wing is being allowed to express itself a lot more than would have happened in the past. The Conservatives have become the extreme, so that’s why things are looking not as open as they were in the early ’90s.”
A

Cornershop had one hit.

And that was after it was remixed.

No idea why the NME are interviewing them.

Only joking! Of course I do! Because the NME have one thing in common; Morrissey.

I mean, Morrissey does have a new (number 1) album coming out.

I wonder if The Guardian have interviewed Cornershop recently?
A

Yep! The Guardian have interviewed Cornershop this month!

And Morrissey is mentioned!

7 times including the text under the pic! 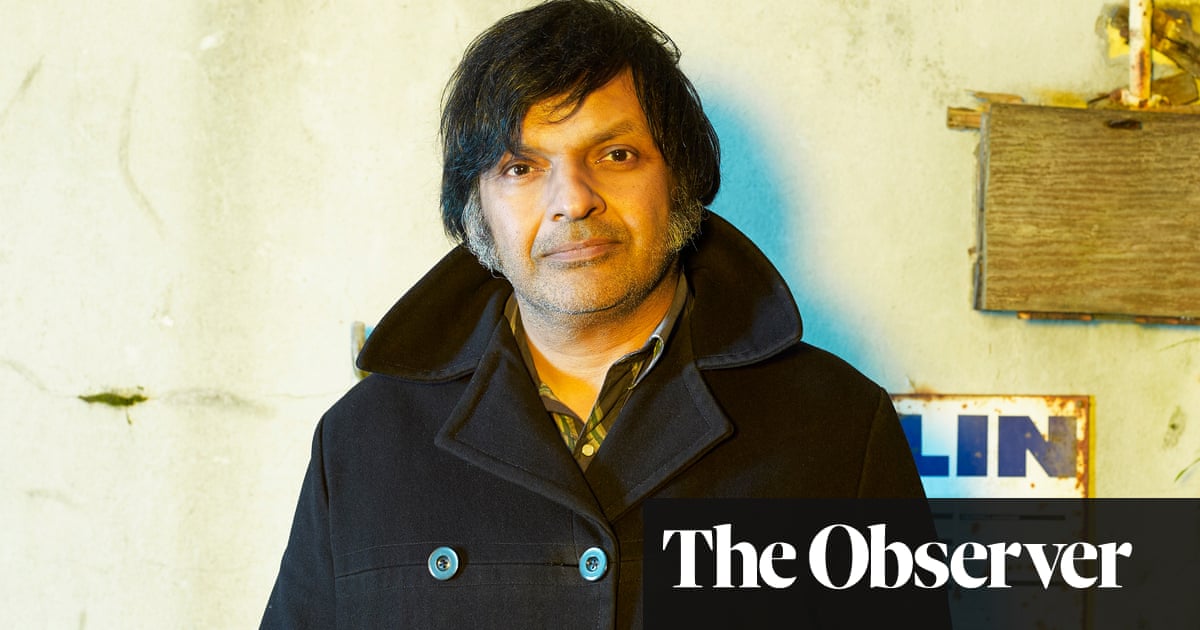 Cornershop and their political music are still making a stand. Ahead of a new album, they return to their spiritual home in the Midlands

Anonymous said:
Cornershop had one hit.

And that was after it was remixed.

No idea why the NME are interviewing them.

Only joking! Of course I do! Because the NME have one thing in common; Morrissey.

I mean, Morrissey does have a new (number 1) album coming out.

I wonder if The Guardian have interviewed Cornershop recently?
Click to expand...

That should read: Only joking! Of course I do! Because the NME have one thing in common Cornershop; Morrissey.

That should read: Only joking! Of course I do! Because the NME have one thing in common Cornershop; Morrissey.
Click to expand...

Never heard of this dweeb until this past week when he acted as if Morrissey has oppressed him in some way. He puts down Morrissey and Johnny Rotten, two truth teller's. Johnny was the only one to call out the pedos on BBC and it cost him. What has this guy done, what true things has he said?. This guy has giving nothing to England. Ungrateful immigrant

Probably worth mentioning that Moz is/was a pretty major Cornershop fan, even after the EMI offices incident. Seems like faint praise of one of his singles will get you off his list for life, but set fire to his image in public and he will just love you more. He attended a couple of their gigs in the 90s and (according to them) once proposed joining them on stage, although it didn't happen, for whatever reason.

He also named When I Was Born for the 7th Time as his favourite album of the 1990s.

Maybe there's an element of 'How can I be racist if I like Cornershop?' Who knows.

S
How would The Smiths do if they started today?
2 3 4

Dec 19, 2020
Anonymous
A
T
"Accepting Themselves": Rourke/Joyce interview by Lianne Steinberg in The Big Issue in the North, 9th July 2007 (transcribed here for the first time)