Nicky Wire has spoken of his love for lyricists such as Morrissey and John Lydon.

The Manic Street Preachers bassist revealed that the Sex Pistols ‘God Save the Queen’ featured his favourite lyrics, adding that the lyrics by John Lydon (aka Jonny Rotten) are what made the song so special.

Speaking about the famous anti-monarchist lyrics to the NME, Wire said: “‘When there’s no future how can there be sin? / We’re the flowers in the dustbin / We’re the poison in your human machine / We’re the future, your future,’ it’s still so powerful, so situationist and so real. For that to come from a 20-year-old John Lydon is quite staggering, really.”

Nicky also added that he was greatly influenced by The Smiths’ Morrissey and the poems of Philip Larkin...
Click to expand...

Didn't he once say that Morrissey was "a sad old man who needs to get a life....he'd do anything for attention"? Seems like a love/hate thing.
"The Smiths were almost like a beautiful painting. Every month you'd add a little bit here and a little bit there...but it wasn't quite complete and it was whipped away." - Morrissey.

"Manic Street Preachers fans who are aware of his predilections show their affection by sending him spare filters for his Dysons. He was given about twenty on their last tour, and he is working his way through them. He was sent a T-shirt by a Swedish girl, with words on it somewhat in the style of the Manic Street Preachers' early home-made clothes. Then, their shirts would blare slogans like KILL YOURSELF, SPECTATORS OF SUICIDE , ANTI-LOVE, and SCARS DEAD HATE VOID. The Swedish girl had, instead, painstakingly lettered the words I LOVE HOOVERING. Last year, when the Manic Street Preachers won a Brit Award, Nicky wore it to collect the trophy." 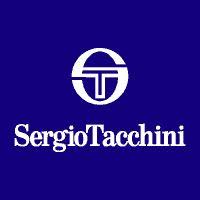