The More You Ignore Me, The Closer I Get / Alma Matters / Hairdresser On Fire / Girl Afraid / Spent The Day In Bed / Dial-a-Cliché / Is It Really So Strange? / I'm Throwing My Arms Around Paris / How Soon Is Now? / Morning Starship / World Peace Is None of Your Business / If You Don't Like Me, Don't Look At Me / Munich Air Disaster 1958 / Back On The Chain Gang / The Bullfighter Dies / Sunny / Jack The Ripper / Everyday Is Like Sunday / You're The One For Me, Fatty / Something Is Squeezing My Skull // First Of The Gang To Die

general disarray said:
Morrissey himself said hearlier didn't want to do Red Wedge or see the point, everyone changes as they grow older
Click to expand...

Most bands involved in Red Wedge later said they felt they'd been 'used' by politicians.
Last edited: May 6, 2019
A

Simple_Pleasures said:
Just for information, the letter sticking out of his pocket is mine and I‘m still excited about it
Click to expand...

Awesome good for you
A

Orson Swells said:
It seems funny that the one bit of the set that seems to stay the same is the World Peace Is None of Your Business / If You Don't Like Me, Don't Look At Me / Munich Air Disaster 1958 / Back On The Chain Gang / The Bullfighter Dies mid-section. It doesn't look that great on paper - but does it work better in concert?
Click to expand...

Uh, no. Weird mix, dampened the vibe.
A

Harsh Truth said:
No, it doesn’t work well at all. It’s the low point of the show and half the crowd tunes out big time. Especially during World Peace and Munich Air. They do come back a bit for Chain Gang.

Also, ending with a shitty version of “First of the Gang To Die” does not close out the night in a high note. People were really expecting something a bit stronger. A lot of underwhelmed faces walking out.
Click to expand...

Correct, it was a strangely enervated FoTGtD. Sounded like a Kidz Bop cover tbh.

I was standing with the two men who tried to go over the pit and tore up the lighting. There was an actual orchestra pit, lowered, with padded bars across the gap at audience floor level, and mesh fabric covering the gap. They aimed for the support bars, and apparently grabbed at the lights as they slid back, and the lights were just fixtures sitting on the stage, not clamped or anchored in any way, so they knocked over.

I fear what this means for the pit vibe at the rest of the shows. As the videos ended, people calmly migrated to stand at the front and in the aisles, and security was fine with it all. The vibe was mostly calm and kind, but energetic. But I fear that now there's a demonstrated risk of damage to the rented equipment, we won't be allowed to stand up front any more.
A

Ketamine Sun said:
Agree, though the chorus of IYDLikeMe
was pretty powerful live, and seems to
me it’s his message to those who don’t agree with his recent views, ending with ...’don’t get your knickers in a twist’. Munich seems to be his tribute to those young men who died and I’m sure some of his British patriotism is in there too.
I enjoyed World Peace actually.
Guess we should be happy with what songs he is doing.

I was surprised to see how the audience reacted to Paris, It’s a fine pop song, but was surprised by the positive response it got, unlike Sunny which was another highlight, seemed to go over most of the audiences heads, and I think Morrissey could tell this, though there seemed also to be some sound problem, same when Jesse’s tech had to come out and fix a problem during How Soon.

Yeah, another fine pop song, though I wish he would drop FOTGang for a better closer.

We talked about this after the show. How much things have changed. "Paris" and "Something is Squeezing my Skull" used to be when we'd go to the bathroom, ten years ago. Now we sing along like they're old favorites.
A

reelfountain said:
They are also the only party in the UK to mention animal rights.

What about the Green Party?
B

Anonymous said:
What about the Green Party?
Click to expand...

But nobody sane would consider this bunch because of their delusional and frankly childish belief in open borders. Perhaps these people smoke too much green bud.
S

Is he a big Crystal drinker? He got really excited for a $300 bottle of champagne

ForgivemeJESUS said:
We are still needing video on some songs that were played in the first 6 shows for 2019,
I haven't found any YT video of these songs
1-Break Up The Family(toronto#2,NY#2)
2-Dial-a-cliche(Toronto #2,NY#3)
3 Squeezing my skull(Montreal, NY#3)
4 ignore me(NY#3)
5 Sunny (NY#3)
6 Fatty (NY#3)
Not talking about Instagram because they only give seconds of video
If any one went to these shows and maybe caught this songs on video. Please could you share them. Please, please please
All other songs have at least some good film to them
A special shout out to Concert Fan(toronto#1), and of Doc(NY#1) for there complete shows ....a true blessing and gem to have those to watch.
Click to expand...

Fatty checked off ,yeah, that's 1out 6

Aw. My handshake made that video. How sweet. I'll add to my collection.

But I won't be meeting him outside the theatre telling him I have "a gift for him." Yikes.
V

the invisible non existing surface family at the Moz show: 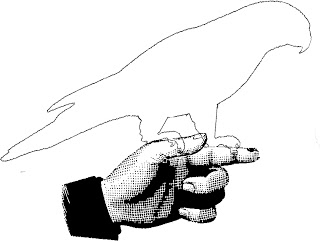 reelfountain said:
You've fallen out of love with Morrissey over his recent comments?

Does a few comments really merit such an extreme response? Do the opinions of every artist you like have to correspond with your own for you to like them?

you dont really believe 'his family'

actually are in NYC

at the Moz show?
while he stayed behind to guard the pooch and post here
from the library.
its all made up sock puppet talk

I'm becoming ever more enamoured with Tobias's playing. I think he did a great job on Girl Afraid.
A

actually are in NYC

at the Moz show?
while he stayed behind to guard the pooch and post here
from the library.
its all made up sock puppet talk

Stephen. Please stop it.
A

Bestfriendonthepayroll said:
Did anyone get his entrance to the theater on Saturday from a different vantage point? He signed some items and a woman’s back.
Click to expand...

That's sure to murder someone's erection in the future.
M

Took a video of Morrissey signing a woman's shoulder blade.


Other photos I took.
M

docinwestchester said:
This was posted on the Morrissey subreddit:

Apparently this is the woman's second Moz skin autograph, soon to be second autograph tattoo, I assume. Interesting how he takes care to measure out the space on her back prior to signing.

Also, take note of Damon discretely exiting the back seat of the car.

Keep, that guy saying Mr. Morrissey multiple times drove me nuts. He kept bothering security the whole time before Morrissey even pulled up... I was the one who took the video/posted it on Reddit Glad everyone else is enjoying it.
You must log in or register to reply here.