Release Date Friday 23rd March
All pre-orders will be dispatched/ready for collection on that date.

My Love, I’d Do Anything for You / Are You Sure Hank Done It This Way? (Live) is the third 7″ release from Morrissey’s album ‘Low In High School’. Low in High School is Morrissey’s first studio album since 2014 and was recorded at La Fabrique Studios in France and in Rome at Ennio Morricone’s Forum Studios. The record is produced by Joe Chiccarelli (who has worked with Frank Zappa, The Strokes, Beck and The White Stripes to name a few). Morrissey’s talent for combining political statements and beautiful melodies is more prevalent than ever on Low in High-School, capturing the zeitgeist of an ever-changing world. 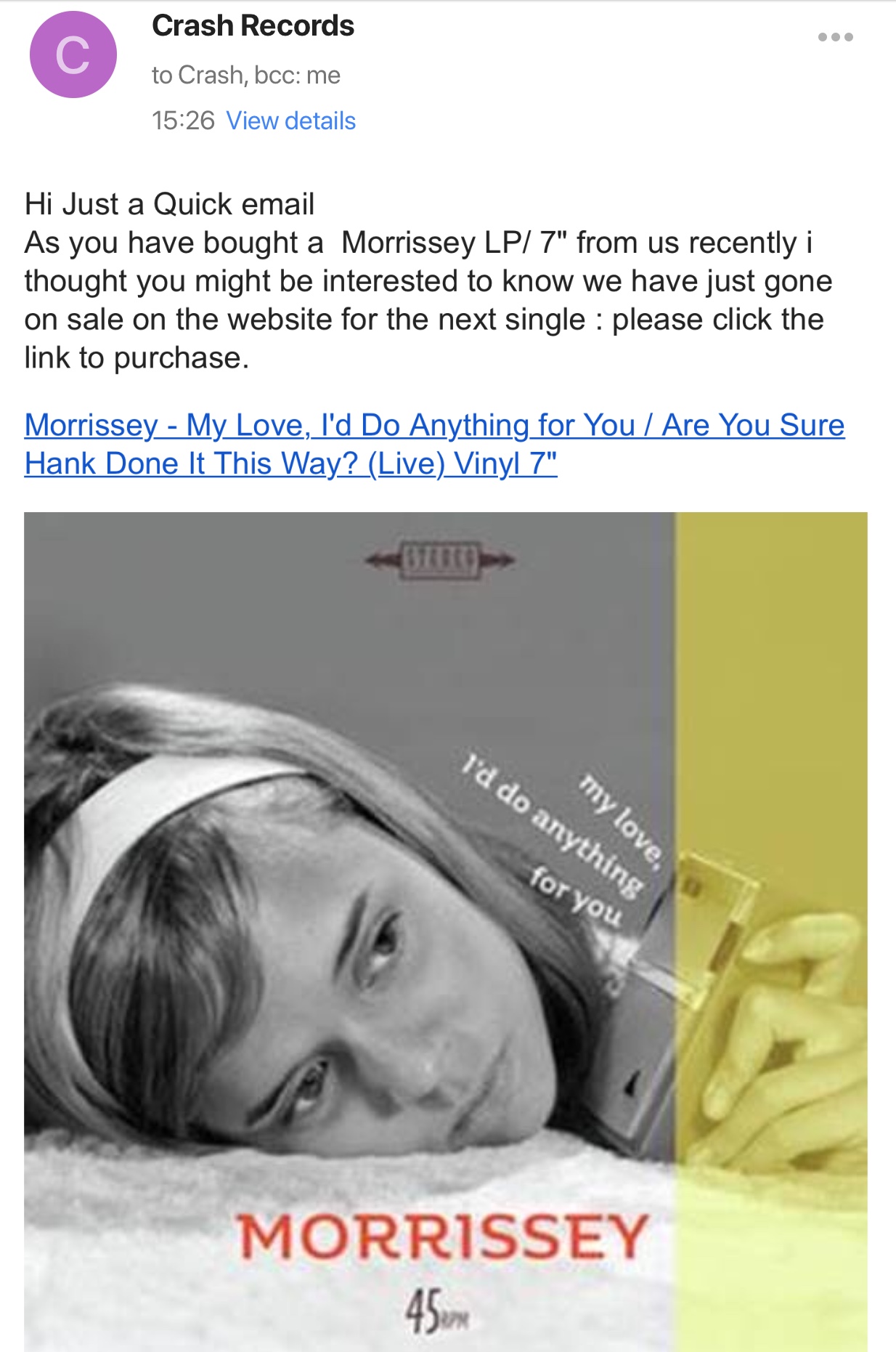 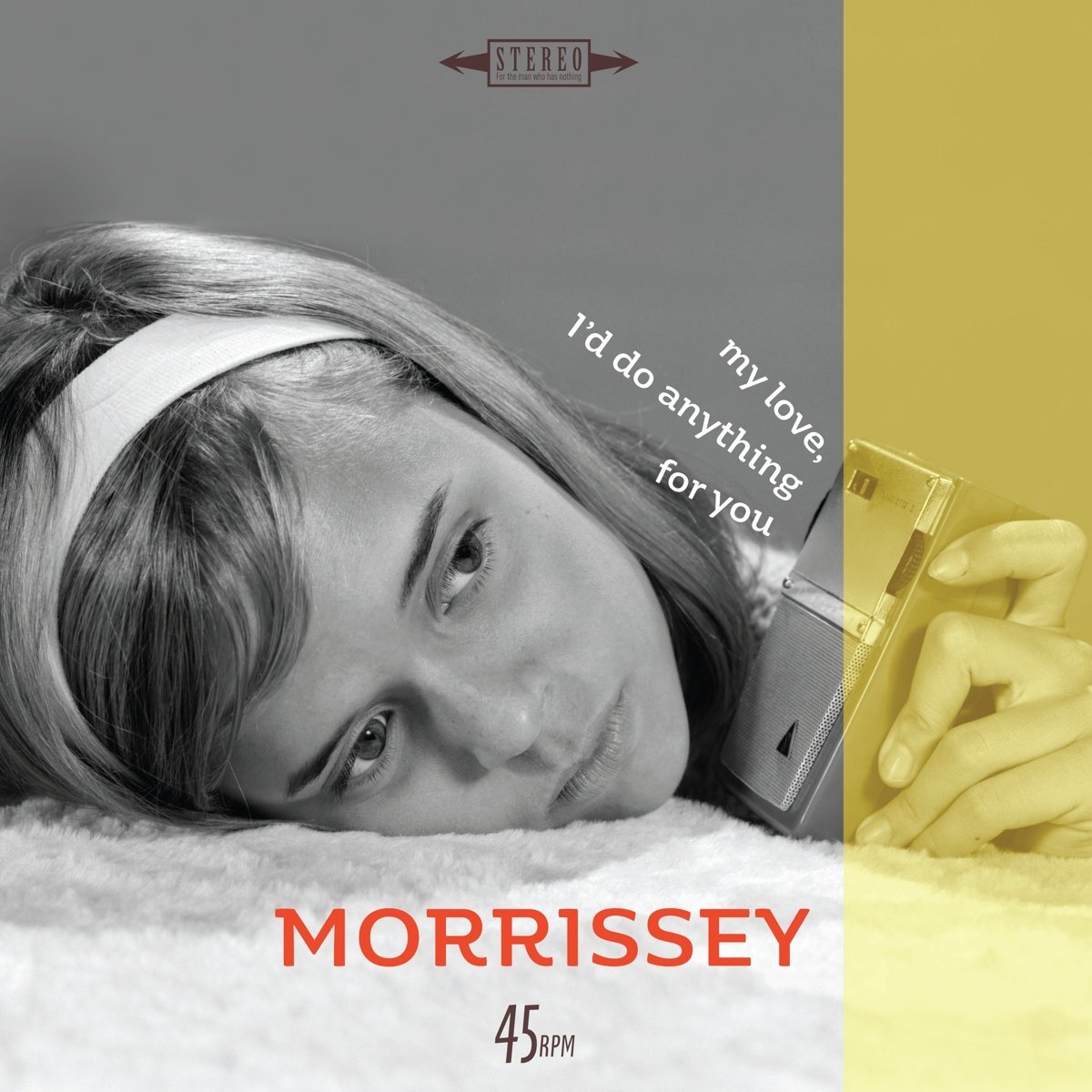 Moderator
Now appearing in the wild:
I've seen one mention of All The Young People Must Fall In love being a May release, but zero else anywhere.
Regards,
FWD.
Last edited: Mar 19, 2018
De gustibus non est disputandum.

Famous when dead said:
Now appearing in the wild:
I've seen one mention of All The Young People Must Fall In love being a May release, but zero else anywhere.
Regards,
FWD.
Click to expand...

Good news about ATYP, if true.

As for My Love..., is the live b-side printed on the reserve with or without a question mark? The prototype images we saw had a question mark, but it looks like the original version doesn’t:

Same with the Rose Garden / (I Never Promised You A) variations.
A job half done isn’t done.

And I can’t answer.​

Got mine a few days ago 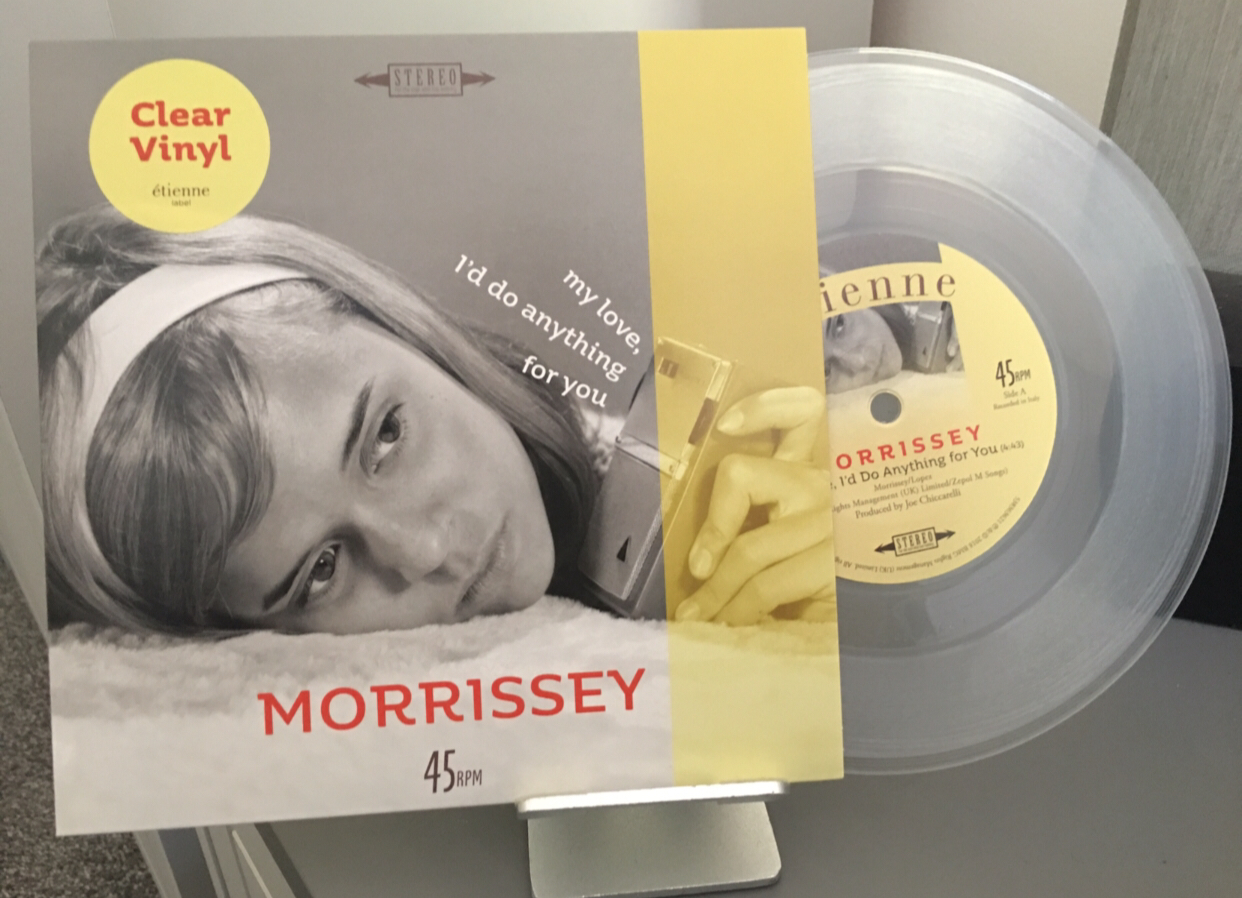 NealCassidy said:
I assume someone has already spotted this?
Click to expand...

Indeed
https://www.morrissey-solo.com/thre...eople-7-sleeves.141847/page-3#post-1987063168
Although the feedback is good for the cover, this must be a first? Using a stock / Getty image. Jo Slee come back all is forgiven
Regards,
FWD.
De gustibus non est disputandum.

Moderator
Boz is around over Friday / the weekend at the shop.
Regards,
FWD.
De gustibus non est disputandum.

So „My Love...“ is released today and it´s even did not get a released mention on THE one and only Morrissey website - which is here - as for yet.
And as FWD said a few times before: no promotion from BMG at all. Same with Morrissey´s official Facebook or Twitter, which is even strange. Ok, some of us will get a nice pictured 7inch, but I cannot see a point in this release at all. Sad times in Morrissey land.
Last edited: Mar 23, 2018

Where does the cover art originate from? Maybe it’s been answered before, but I’m just being a tad lazy not scrolling through!

Suedehead90 said:
Where does the cover art originate from? Maybe it’s been answered before, but I’m just being a tad lazy not scrolling through!
Click to expand...

It is a Getty stock image - the first time they've used that type of image service I believe.
Regards,
FWD.
De gustibus non est disputandum.
You must log in or register to reply here.