Link posted by Famous When Dead: 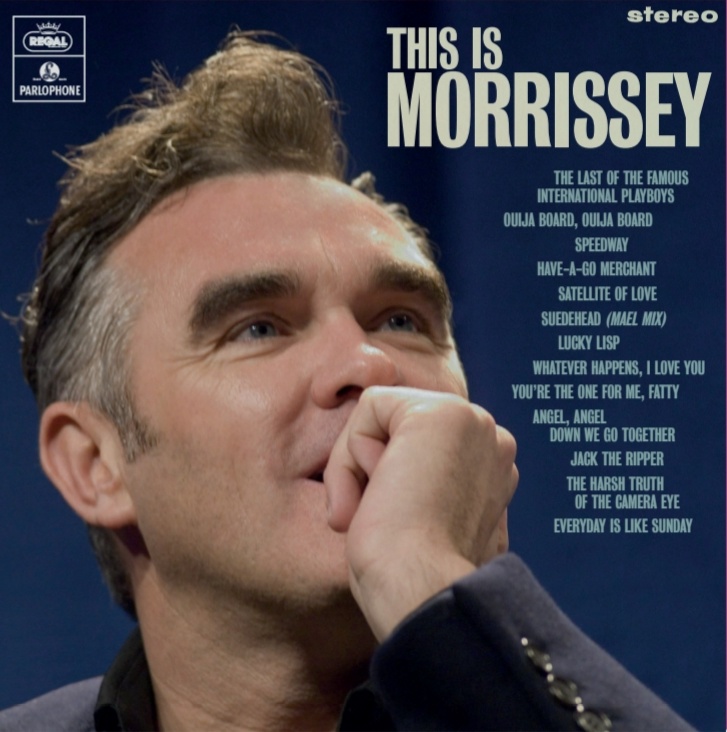 Subscriber
I don't wish racist money grabbers happy birthday. Hopefully his friends at the EDL will be along shortly to do that.

There is always this that helps me get through life. The fact that he is older than me...if only by a few years...there are fewer of us left as the years go by. Hopefully many more years to come...for us both, and for us all! Happy birthday to a man whose creative and emotional lyrics touch those with the intellect to recognize their beauty. No man is perfect, but he is perfectly himself and for those pieces of him which I gravitate to the most, in such a strong way, I am most thankful.
Last edited: May 22, 2018

Happy Birthday, Morrissey. I love you.
I know, I know...it's serious​
A

I MANCHESTER
Thoughts and prayers today

Uncleskinny said:
I don't wish racist money grabbers happy birthday. Hopefully his friends at the EDL will be along shortly to do that.
Click to expand...

Plenty of nice things going today, theres a row of trees from St Anne’s Square down to the arena with loads of tags on them with messages of remembrance. Really nice touch.
Last edited: May 22, 2018

happy birthday, baby bear! I hope you have a stupendous day doing just whatever it is you want! and I know I can be a fickle girl, but I want you to know that I still love you just as much as I did when I wrote you that silly letter (ie. the one with the nice handwriting. would you say its true that of all your fans I have the nicest handwriting? god, I feel so sorry for people with bad handwriting. like, how hard can it be?). everything I said in it still remains true, my darling, even if I did publicly rededicate that ee cummings poem to Klaus Nomi (I like klaus nomi, did you know?!). now, because I'm not able to give you a present (as much as I would like to be able to), I have decided that in honour of your birthday I'm going to buy myself this skirt! https://www.mytheresa.com/int_en/is...-linen-wrap-skirt-933330.html?catref=category (try anything twice doesnt like it. crazy, right? don't tell her I told you that). or do you think I should buy this instead, now that it's on sale? https://www.matchesfashion.com/intl...ealy-lace-trimmed-cotton-blend-dress--1181466 (she probably wont like it either). I do worry about the colour of that one, though. so long as it's more red it will be good, but it might be too pinky and I am decidedly not a pink kind of girl (although I do like ballet pink, but never dark pink which is only for brash people). I don't know, what do you think? can you go to, like, matches or wherever and check it out and let me know? I cant really afford any of them, of course, being a pauper, but sometimes you have to do things to uphold the very essential notion that you're better than everyone around you, wouldn't you agree? i mean, it's one thing to know it internally, but sometimes you need some sort of external validation of that fact. anyway, mozzer, you and me being two whom the gods love we by all accounts should have nice things whether we can afford them or not, am I right? so here's to you, sweetums! and you go ahead and buy yourself something nice too! a nice new blazer maybe?

oh and mozzer, I just want to add that on this the anniversary of your birth, solows very own quando quando quando, who i know for a fact is one of your biggest fans, who I have never heard say one thing against you and who even has your name tattooed on his arm, is going in for a very big operation. so please say a prayer with me that everything will go swimmingly for him, alright?! thanks moz baby.

also I would say that even at 59 you're still the sexiest man around but I don't want you to think I only like you for your body.

Surface said:
Plenty of nice things going in today, theres a row of trees from St Anne’s Square down to the arena with loads of tags on them with messages of remembrance. Really nice touch.
Click to expand...

You and your music have meant more to me than I could ever express.

Happy Birthday Morrissey.
In light of all of the excitement that's occurred in the past 6 months, I hope that today, at least, is very kind to you. I'm very, very grateful you were born. I adore you beyond words or reason.


So you're one of those people happy to keep emptying your pockets to a racist then? At least we know where you stand.

Uncleskinny said:
I don't wish racist money grabbers happy birthday. Hopefully his friends at the EDL will be along shortly to do that.
Click to expand...

then why bother even opening his birthday thread? why not just not say anything then? I hope you don't think youre being effective.

IAmAmbiguity said:
Happy Birthday Morrissey.
In light of all of the excitement that's occurred in the past 6 months, I hope that today, at least, is very kind to you. I'm very, very grateful you were born. I adore you beyond words or reason.
Click to expand...

what a sweet message!

Good luck today QQQ. Sending a message to that guardian angel of yours to make sure it all turns out wonderfully.
P

Once again, it’s time I dust off my power blue tuxedo and wish Morrissey a happy rootin’ tootin’ birthday. Here is to the last year of the fifties.