cossy
"take it please its free"

EXTRA, EXTRA, READ ALL ABOUT IT - MORRISSEY WORLD EXCLUSIVE - Only in Hot Press does Morrissey get it all off his chest, setting the record straight on sex, religion, politics, David Bowie, and his Irish Heritage...this exclusive interview is not to be missed.

Meanwhile, Damien Dempsey talks to Peter Murphy about what inspired him to make his powerful record yet, Olaf Tyaransen hangs out with Linkin Park back stage in Portugal and Paul Harrington tells us about life after 'Rock 'n' Roll Kids'.

This fortnight HP also talked the ear off Brian Kennedy, as he tells us about his serious addiction...to music, The Mighty Stef takes us home and lawyer to the stars, Gerald Kean talks to Jason O'Toole about his celebrity clients, his marriage, his relationship with Michael Flatley's ex and how he keeps his business Irish.

In Frontlines, we tackle the issue of Ireland's heroin timebomb, and speak to an ex-junkie about his addiction and what he's doing now to help others, caught in the same trap. We also speak to the Hyland brothers, three boxers, punching their way into the Guinness Book of Records.

All this plus the latest, album, movie, book and live reviews, combined with the usual doses of news, fashion, sex, travel, sport, comment and analysis as well as full gig listings for the fortnight, this issue of Hot Press is not to be missed!!

Will these still be on sale when I get to Dublin in a week's time?

cossy
"take it please its free"

Oooh, I can't wait to read that interview

The frinkers are going to self-combust. Felt a frisson myself there for a second.

I hope the interview lives up to the ad hype -- sounds like a good one.

I wonder if you can get a copy in Boarders in London??
This is the last thing I will ever post (yeah!)
No: I've changed my mind again (aaw...)

Virgil is the very tall, friendly gentleman.
Click to expand...

please scan that for god's sake!

being involved in journalism of such type,bombastic title,nothing realy new inside i hope it s not gonna be this way this time!
M

This has to be reason #564 why I hate living in Germany (where all you can get if you're lucky is The Guardian or Kerrang!..)
"One can always be kind to people about whom one cares nothing."
L

ooooooh.
keep sucking it in Moz.
(he does look good!)

take it all in, that is the only time you will ever see a body like that on a magazine cover....moz does quite amazing things, but to get his fat ass bare chested on a fancy cover like that....truly impressive

looks gorgeous for the record

One of the Good Guys

sweetness522 said:
He looks hot. Now the hunt begins to find a copy in New York City.
Click to expand...

Magazine From Around the World
40th and 6th
[SIGPIC][/SIGPIC]

OMG! Our wishes came true! He listened when we said he should do a photo shoot half naked! Love, love, love it! 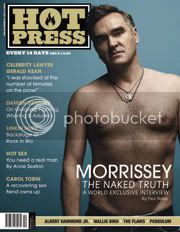 He just looks more and more handsome, gorgeous, sexy every day I think.

So when do these go on sale and who's going to scan it for us?!? Please please please let them be on sale next week in Ireland!!!!!

woohoo! Great pic!
Unfortunately I live in Austria, so there is no way for purchasing Hot Press
To be finished would be a relief... 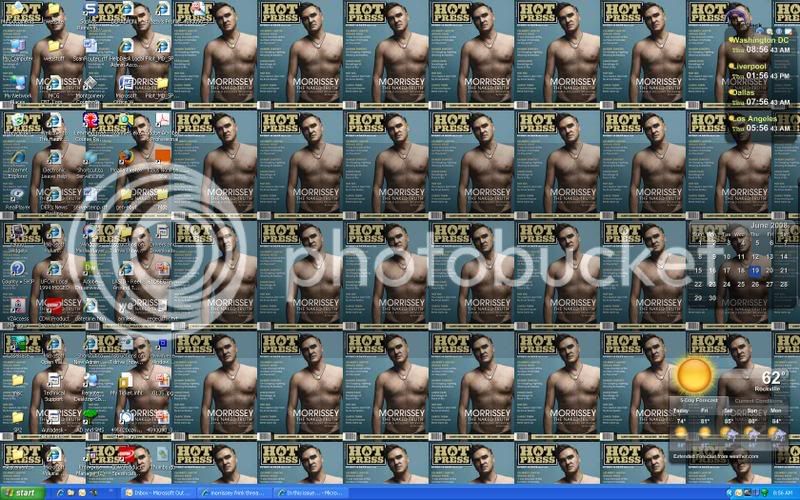 ♫♪ He even spoke to me and said ♫♪, "I've seen you singing on YouTube!" - Morrissey June 15, 2015 - Carolina Theater, Durham, North Carolina
You must log in or register to reply here.