Morrissey mention in Richard Blades book, "World In My Eyes: The Autobiography"

Has anyone read this book?
The description on Amazon says,"...Richard shares stories that have until now remained secret. His unique perspective will take you on the road with Depeche Mode, to Australia with Spandau Ballet, into the recording studio with Morrissey, and onto the main stage at Live Aid with Duran Duran..."

Did he have a unique perspective on Morrissey?
"If I knew where good songs came from I'd go there more often." Leonard Cohen
"I’ve always held the song in high regard because songs have got me through so many sinks of dishes..." Leonard Cohen

Yes, reckon only a good read if you were living in LA and So-Cal in the 90's. Not a unique perspective on Uncle Steve. I reckon the "in studio" referenced the times Uncle Steve was in the KROQ studio playing live. He talks a lot about Depresh Mode and the Cat's 4 Heroin OD's in LA and too much about being a scuba diving instructor when he left KROQ. If you were at Uncle Steve's first solo concert in the USA in San Diego, you will like the behind the scenes review because at that time Uncle Steve was more popular than Axl Rose in the US.
Last edited: Apr 8, 2018

The Seeker of Good Songs said:
Has anyone read this book?
The description on Amazon says,"...Richard shares stories that have until now remained secret. His unique perspective will take you on the road with Depeche Mode, to Australia with Spandau Ballet, into the recording studio with Morrissey, and onto the main stage at Live Aid with Duran Duran..."

Did he have a unique perspective on Morrissey?
Click to expand...

Culled from the book:

The crowd yelled their approval and heaved forward, overturning the folding chairs that had been placed on the floor of the basketball court and trampling others as they charged the stage. Morrissey was visibly upset and rushed into the back of Pauley Pavilion for his own safety. Riot police and paramedics were called and in all, forty-eight people were injured.
Morrissey called me on the air the next day to say how sorry he was about the incident. The concert had been going so well up to that point and he had been overcome by the energy from the fans. Over the years so many had made their way onto the stage to hug him and give him flowers but never anything like this. He was truly shaken by what had occurred and distraught that anyone might have been hurt.
Five months prior to the ill-fated Pauley Pavilion show, Morrissey and I spent an
unforgettable evening together at the Capitol Records building in Hollywood.
Morrissey wanted to do something special for his fans in Southern California so he came up with the idea of putting together a special EP for his followers there. He contacted me at KROQ and said that the plan was that he and his band - Spencer Cobrin, Boz Boorer, Alain Whyte and Gary Day - would go into the studio at Capitol and record three tracks for the CD. He then wanted me to go on the air the next day and talk about the experience of being in-studio with Morrissey and produce a segment to be included on the CD that would feature listeners sharing their thoughts and feelings with me on Morrissey.
Scott Mason and I arrived at Capitol Records around 7:30 on that Monday evening of June 3, 1991. Scott made sure all the gear was hooked up correctly including multiple DAT machines for backup, and the very talented Ian Horne was on hand to mix the set. The amazing thing about that night was that as the band played, Ian would mix it live to tape. There would be no re-dos, overdubs and inserts; it had been decided that what went onto the CD would be exactly what they played and laid down on tape that night.
Morrissey and his band had come ready to rock and after a ninety-minute rehearsal and practice session they played the three songs live, “There’s A place In Hell For Me And My Friends,” “My Love Life” and “Sing Your Life,” as Ian worked the mixing board and Scott recorded the session.
When everything was done, we all hung out for about an hour afterwards, talking and slowly coming down from a natural high. None of us were in a hurry to leave; we knew that this had been a once-in-a-lifetime night that had just happened for us in the same Hollywood studio where legendary acts like Sinatra and the Beach Boys had recorded their own timeless music. After hearing the three tracks the record company knew they had something special on their hands and changed their plans on how they were going to release the CD. Instead of it being limited to Southern California it became an official Sire/ Reprise worldwide release and a part of Morrissey’s catalogue nationally and internationally complete with my eight-minute produced feature on it. And the live version of “Sing Your Life,” recorded that night, became the definitive version of the song for radio stations around the world. 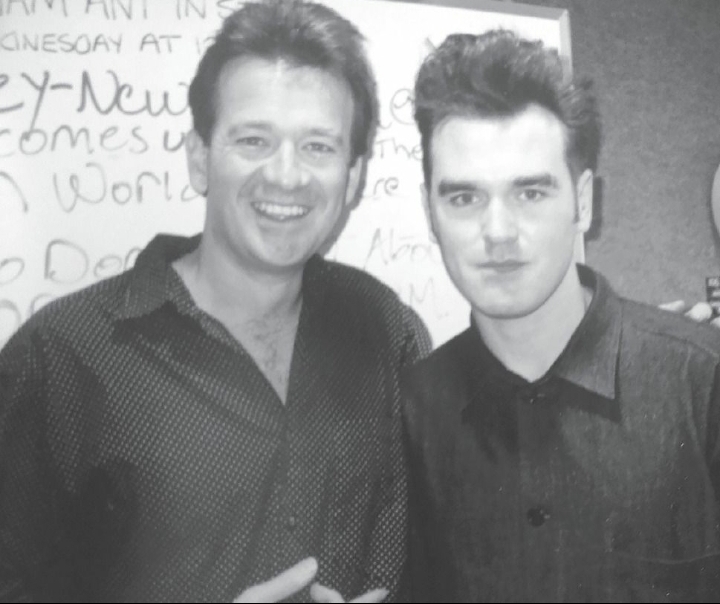 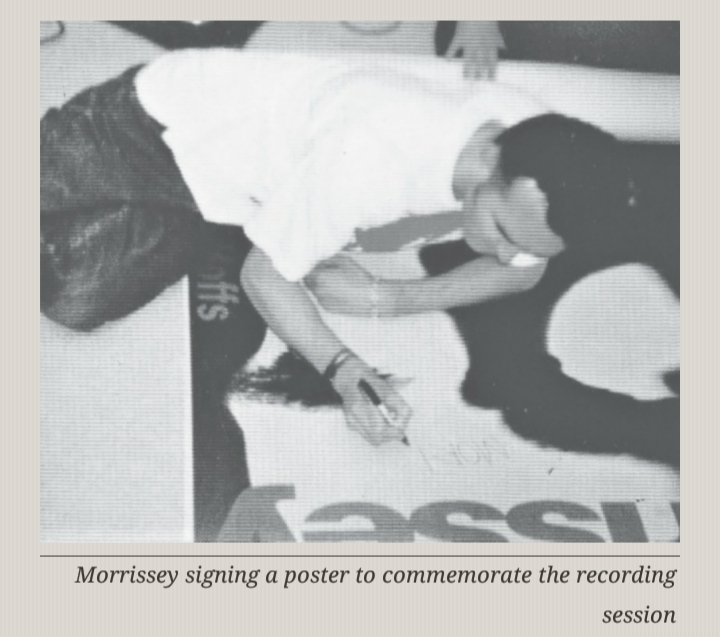 Regards,
FWD.
Should add: there are a lot more, but this is the biggest part.
Last edited: Apr 8, 2018
De gustibus non est disputandum.

Famous when dead said:
virtually unscathed, heading north back to his place in West Hollywood.
Click to expand...

Bilkey m8. WTF? We all know Uncle Steve has lived in LA since 1996, now Rich says he lived there in 1991. Crykey! I have heard the rumors but even I didn't believe it. Were Steve and John Lydon sharing a condo?

Here's an old thread discussing the interview Richard Blade mentions in the book and a link to hear the interview:

"...A few months later I was hosting a Morrissey look-a-like contest at Fashions Nightclub in Redondo Beach...That Saturday Fashions was even more packed than usual. The club was located underneath Redondo Beach’s famed harbor pier and the only way in and out was down a single, wide staircase."

I remember that place well; I lived only a mile or so away from there, but somehow was out of touch and missed this night.
"If I knew where good songs came from I'd go there more often." Leonard Cohen
"I’ve always held the song in high regard because songs have got me through so many sinks of dishes..." Leonard Cohen

As an 80's KROQ kid I thoroughly enjoyed Richard's book. Richard Blade is sort of the Forrest Gump of 80's alternative music as he's at the right place at the right time for so many important bands of that era (Depeche Mode, INXS, Berlin, and so on). I posted the link earlier in this thread to the interview with Richard and Morrissey. It captures Morrissey at an interesting time, post-Viva Hate but before Kill Uncle and the massive tour he would start the next year.
Last edited: Apr 10, 2018
You must log in or register to reply here.