Morrissey, it's a conspiracy?

There's probably a conspiracy against Morrissey. That's why all the negative stuff all the time. There's a couple of possible reasons why.

1) It could be some high up media suits who want to keep the public thinking a certain way, mostly to do with stuff like politics...they want to mock or alienate anyone who thinks differently. Almost like saying, "see, this is how you treated if you dare think outside the box"

A Smiths reunion is less possible than a living Elvis...
M

A campaign of hate, alienating him further from Marr, will lead to a Smiths reunion? A Smiths reunion won't happen just because Morrissey may want/need it. Johnny seems very content without the hassle these days. 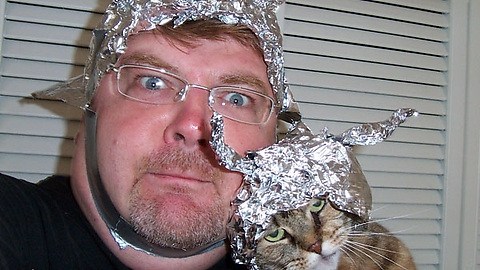 Every single thing that has gotten Morrissey into hot water over the years can be attributed to Morrissey himself.
"If no one out there understands, start your own revolution and cut out the middleman."
A

Harsh Truth said:
Every single thing that has gotten Morrissey into hot water over the years can be attributed to Morrissey himself.
Click to expand...

So you’re saying Morrissey is responsible for this conspiracy! Great Caesar’s Ghost!

the media cant get their thick skulls round a singer who has an opinion on Israel which differs from their own view.
rip roaring,free scoring,never boring,glasgow celtic.
V

JoeSellMozza said:
A Smiths reunion is less possible than a living Elvis...
Click to expand...

But what about his cameo in Home Alone?
A

S
Should a COVID vaccine be enforceable by law?
4 5 6