(Excerpt before paywall via Google Translate)

"Morrissey praises the Brexit referendum, defends Kevin Spacey and calls Berlin a "rape capital" because of its open borders. seriously?"

Whether the Briton Steven Patrick Morrissey, 58, a musician just Morrissey calls, now Genius is or Schrat, self-actor or choleric poet, will probably never settle final. Certainly the man from Manchester, who became famous in the eighties as a singer of pop band The Smiths, is a great eccentric of pop. Whether concert or interview, he maintains the pose of the diva. The meeting took place on the occasion of his new album "Low in High School" in Los Angeles; It was arranged at very short notice and then postponed several times, domination gestures want to be maintained. After all, Morrissey is ready to talk. However, the photographer is referred by one of his managers rude of the room: "Get out of my hotel!" The Polaroid photo was taken by the interviewer.

An interview with Juliane Liebert 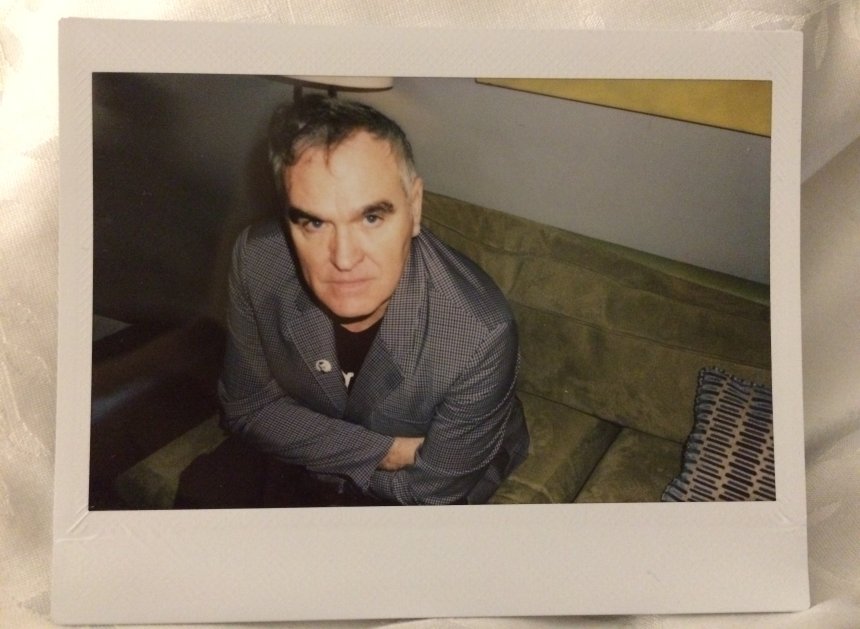 SPIEGEL: Mr Morrissey, in your new song "Spent the Day in Bed", you recommend that you no longer see any news. A serious proposal?

Morrissey: Yes. People should stop doing so for their own sanity. You have to stop. The news is just social engineering, and it's about control, not information. There are no more messages. Only control.

SPIEGEL: That sounds like Trump's fake news, but you just spoke out against Trump at a concert.

Morrissey: Trump has received so much attention, especially when compared to other candidates - Bernie Sanders, for example. Although the media said he will not win, every day, all the headlines: Trump, Trump, Trump, Trump! The American media helped Trump, yes, they first created it. Whether they criticize him or laugh at him, he does not care, he just wants to see his picture and his name. The American media have shot themselves in the leg. Since he was in power, he has exhausted the world. He grabs after everything like a little child. He is not a leader. He is a vermin. A huge vermin.

SPIEGEL: Do you think that he will be re-elected?

Truth said:
Remember about these statistics that they are really not a record of all the crimes that happen. There are the crimes that happen, the crimes in which the police are contacted, and then the crimes which the police actually take reports on. Police sometimes try to dissuade victims from reporting crimes or don't take the crimes seriously. Many women are afraid to report crimes of sexual assault and hesitate to report sexual harassment.
The figure for Washington DC is for sexual harassment on public transport. This isn't the same thing as rape but I'm not minimizing it., just trying to be clear. That figure comes from a survey so it's not comparable to crime statistics. Many of these were not reported as crimes. So it's not saying one out of four women in Washington DC reported to the police that they were sexually assaulted on the bus. It's not in any way comparable.
The higher rates for England and Wales in that first link may partially reflect that women in England and Wales are more likely to report crimes of sexual assault than women in Serbia or Greece. Whatever the case the statistics are pretty useless in comparing different countries. The only way they would be meaningful is for a trusted organization within each country to compare statistics over time and see if the rate in England, for example, is rising or falling.
Click to expand...

Yeah, you're right. I was just countering the racist nonsense that has been a common theme throughout the thread. Just showing that all cultures and places have sections of men that need their nuts snipping, probably badly put.
You must log in or register to reply here.