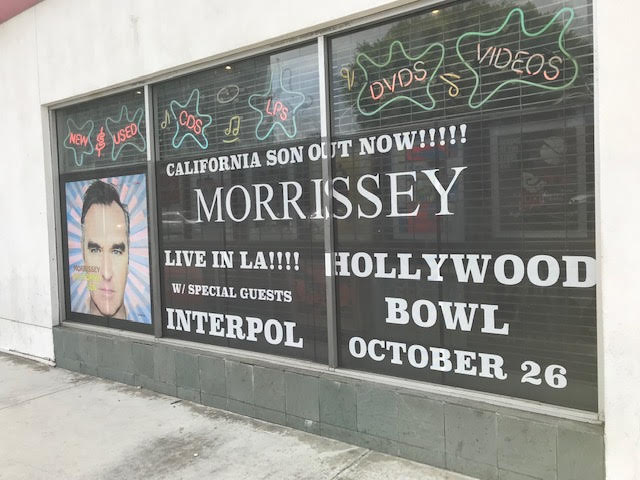 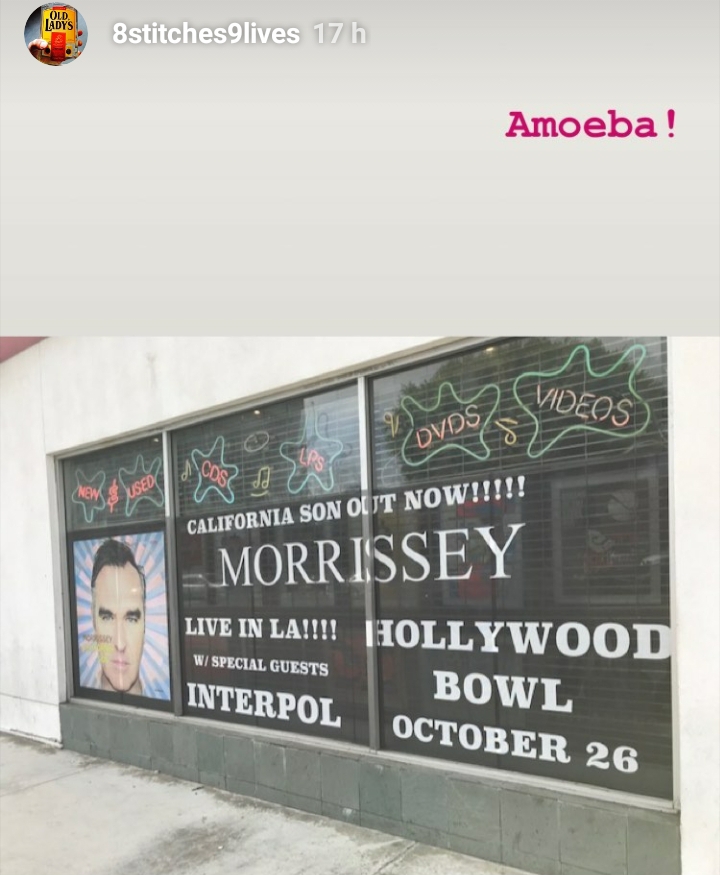 and lunchtime for all the twats.

Ere long done do does did

As far as I'm concerned; I (The Political Revolution) am Morrissey.

FYI: I'm about to check out of my hotel.

Getting more embarrassing by the day.
Small minded narcissist prick

Countdown to the tour! Only 12 days left.

Thewlis said:
Countdown to the tour! Only 12 days left.
Click to expand...

Countdown til I land and go to sleep in my own bed. Im so exhausted. But jesus christ I look great.

Moz is havin' fun with it and lettin' the cornballs know.
The train stations in NY have his posters up and Amoeba in LA sells his records.
The jokes on the cornballs.

I reckon I was down at Amoeba today reckon ask if they had the bootleg version of The California Son and Flea singing "Under The Bridge" pissey tit c*** drunk at the Cat and Fiddle closing night, but they still don't. By the by I noticed a security guard chap out front and periodically he would enter the store. Reckon he's an old black dude. They have never had a security guard at Amoeba, so reckon I asked the dude at the front and reckon he said they have had stalkers hanging out in front of the store all day and in the store just acting like they are looking at records, but not buying anything..waiting for The California Son to make his usual weekly visit. Reckon dude told me they're the usual suspects...foreigners from Mankchaster, Serb, Sweadin, and people from Camden, New Jersey...etc. inn n nn nnn nn n nnnn nnnn n nn n nn it.
Last edited: Aug 25, 2019
J

Oh Peter...you really do make this very easy, don't you?

I haven't got the energy to reply with something witty as I've spent a very enjoyable day with the other half. Sorry to rub it in.

You utter twat.
A

Thewlis said:
Countdown to the tour! Only 12 days left.
Click to expand...

And as always, you won’t be at any gig.
Embarrassing

I'm excited for the shows. What's wrong with everyone? Music is our common language. Why are you all so negative?

Skinny get your butt to Greggs right now there are pasties that need baking.


I thought you were a revolutionary? then, go vegan.

Ere long done do does did

ThePoliticalRevolution said:
I'm excited for the shows. What's wrong with everyone? Music is our common language. Why are you all so negative?

Skinny get your butt to Greggs right now there are pasties that need baking.

Anonymous said:
And as always, you won’t be at any gig.
Embarrassing
Click to expand...

There are plenty of tickets available at Hollywood Bowl if she's interested. (the coloured dots are the tickets available, just thought I would mention that so Vegan doesn't get confused agin)

Skinny can't help it, it's a compulsion at this stage. I think he is aware of it to some extent, as he posts under other names and as anonymous.
C

Ketamine Sun said:
I thought you were a revolutionary? then, go vegan.

Outch
You must log in or register to reply here.