"This charming set of Christmas ornaments does a wonderful job of letting everyone in your circle know that you love St. Nick—and that the “Nick” in question is Nick Cave. Matthew Lineham designed them, and he’s done a wonderful job of working in “obscure Christmas memories and puns,” as he put it.

Many of his “obscure” references involve network Christmas programming from many decades ago. Siouxsie Sioux is transformed into Cindy Lou Who, the little girl from Whoville in Dr. Seuss’ classic How the Grinch Stole Christmas, and Morrissey plays the part of “Snow Mozzer” and “Heat Mozzer,” the memorable characters from the 1974 stop-motion animated Christmas TV special from Rankin/Bass, The Year Without a Santa Claus. Former Oingo Boingo frontman and soundtrack maestro Danny Elfman appears as “Elfman on the Shelfman,” a reference to the 2004 children’s book The Elf on the Shelf. Robert Smith is perched atop Rudolph the Red-Nosed Reindeer, and DEVO‘s familiar energy dome is cleverly done up as a Christmas tree.

Lineham calls the set “A Very New Wave Christmas” but he has sensibly gone where the name-puns and name recognition will take him rather than obey strict genre definitions. Bowie and Cave might not be your idea of “new wave” icons but they were active in the early 1980s, at least.

You can buy the rubber die cut bendable ornaments for $10 a pop (“Mozzer” pair $15), or $50 for the entire set, a significant discount. However, due to the unexpectedly high demand, Lineham wants purchasers to be aware that any ornaments ordered today will be shipped “sometime between Dec 21st & 31st,” so don’t bank on them being available for this year’s tree—however, there’s always 2017, 2018, 2019, and beyond to think of. These seem unlikely to go out of style anytime soon." 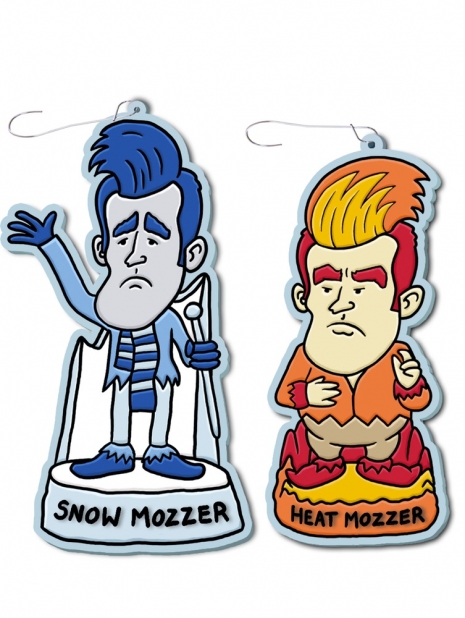 for f***s sake hes not that fat.looks like buster bloodvessel with a mozz wig on.
its not me its you.

Don't understand why this was moved to "Marketplace" instead of maybe "Offtopic" or why not stay in "General" as this was not a message to sell Morrissey, or Smiths goods, but a news story about someone making ridiculous looking ornaments that happened to include Morrissey. Last edited: Dec 2, 2016
"If I knew where good songs came from I'd go there more often." Leonard Cohen
"I’ve always held the song in high regard because songs have got me through so many sinks of dishes..." Leonard Cohen

Aug 18, 2020
Anonymous
A
A
'I don't attach Morrissey's political opinions to his music' - Jimmi Simpson/Under The Radar Feature
2