Today's song is this Morrissey/Whyte composition from the Ringleader of the Tormentors album.

A live version of the track was also included on the B-side of "In the Future When All's Well":


What do we think of this one?
F

It's difficult not to repeat yourself with these as, yet again, it's Morrissey's vocal melodies that dominate the song. The music is fairly forgettable, and it's Morrissey who dominates.

The piano does lift things a touch and was a neat little addition.

I can understand why some reviewers compared this with Roy Orbison, both in terms of tone and the vocal style, and it's a solid album track.

The closing lyrics also remind me of a quote attributed to one of Morrissey's associates. When asked whether the press criticisms and accusations hurt Morrissey the associate replied, "Only when it's true."

In the poll on the Hoffman board it ranked 145th from 264 solo songs.

A fine song, despite the many setbacks that colour the Ringleader era. Seems like the ascending riff is modelling itself after “Ziggy Stardust”, but it sadly swamps the more intriguing instrumentation that would set this song apart even more. The production, as I’ve commented before, doesn’t help the material one bit either. Still, Morrissey’s vocal melody is very good (definitely a Roy Orbison influence) and more themes of alienation tie this song clearly into the album’s vague thematic narrative.
7/10
Last edited: Apr 17, 2021
D

A ROTT highlight only bettered by Pigsty, INBAHN has been a huge favorite of mine since the day it was released. It's Morrissey doing classic Morrissey - i.e. a deeply melancholic torch song about the pain of being a loveless outsider surrounded by people who neither want nor can understand - and he does it with fire and sincerity. The music might not be much to write home about, but it does the job and all in all it's a gorgeous song.

Fantastic vocals, and I love the Roy Orbinson compariso.
For me, this should have been the second single.
One of my favorites on ROTT.
M

Another great track from Ringleader ( 7/10 ) . From an album that seems rather underappreciated after all these years. I like the most the live version from Berlin 2006 with a Polish scarf around Moz's neck. It was almost as symbolic as the conquer of the Brandenburg Gate by the Soviets in 1945 . Viva Moz ! YOU are real hero for many .

I have a lot of time for this one. It's not a stand-out Morrissey track but very much stronger than average - the vocals in the chorus are flat-out gorgeous, and that line "I am a ghost / And as far as I know I haven't even died" is a yet another brilliant way of writing about depression and loneliness.

BookishBoy said:
I have a lot of time for this one. It's not a stand-out Morrissey track but very much stronger than average - the vocals in the chorus are flat-out gorgeous, and that line "I am a ghost / And as far as I know I haven't even died" is a yet another brilliant way of writing about depression and loneliness.
Click to expand...

That's my favorite line, too.
V

I appreciate those 15 seconds of lounge piano towards the end, but I generally find this track embarrassing and exhausting to listen to. Like everything else on this record, the flatter-than-flat production and mastering doesn't help. This whole album would benefit from a do-over.

A breath of fresh air after Quarry and Refusal. This song and album
ROTT in spite of its faults.. still rises to the top, one of his best.

Dale Wharfe said:
I've noticed that on a lot of Morrissey Solo songs you tend to get a few bars of avante garde music somewhere in the song. Never happened with the Smiths. It happens here with the piano.
Click to expand...

But maybe my concierge's.
Don't worry, I'm just schizophrenic. Compared to the trolls, though, I'm sane.

Light Housework said:
But maybe my concierge's.
Click to expand...

Maybe the 2 pieces of art I gave him will bring him good karma. He was so careful taking off my hands, the big version of chocolate Lab, so careful not to touch the painted surface of the plank of wood it's painted on.
Don't worry, I'm just schizophrenic. Compared to the trolls, though, I'm sane.

This is a portrait of him I gave him. 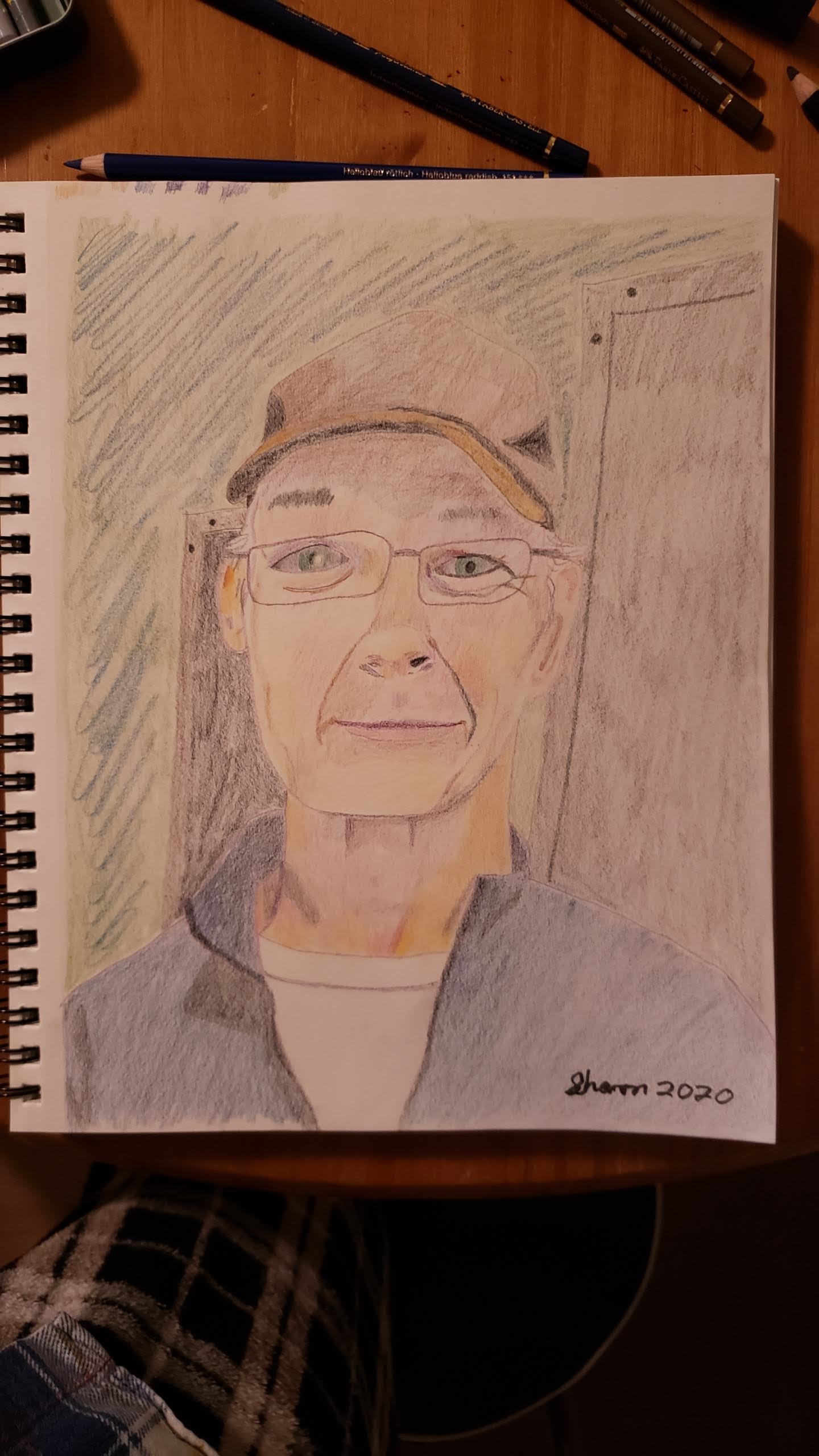 And this is the first chocolate Lab I painted, and it was to give to him. 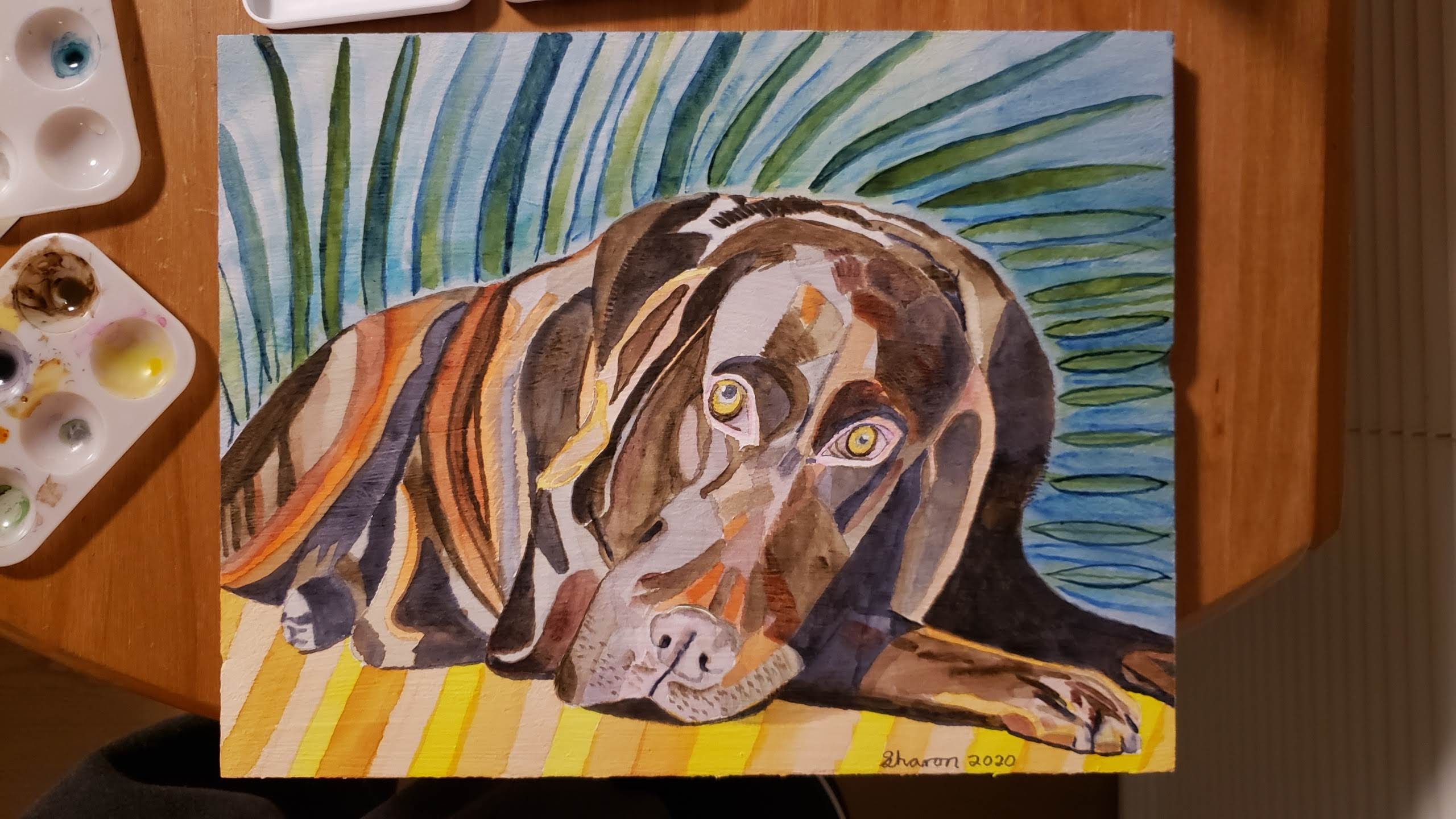 Being repetitive now. He's struggling with his ball of energy, his chocolate Lab. I wish I could help him.
Don't worry, I'm just schizophrenic. Compared to the trolls, though, I'm sane.

Dale Wharfe said:
Elvis Costello could never ever dream of sounding this good,like Morrissey does on the live recording. Not capable. It's not within his capabilities and it never has been.
Click to expand...

EXCUSE ME WHY ARE YOU EVEN COMPARING ELVIS COSTELLO TO STEVE? DO YOU WANT ME TO PADDLE YOUR ASS, DALE?
You must log in or register to reply here.

Morrissey A-Z: "To Me You Are a Work of Art"