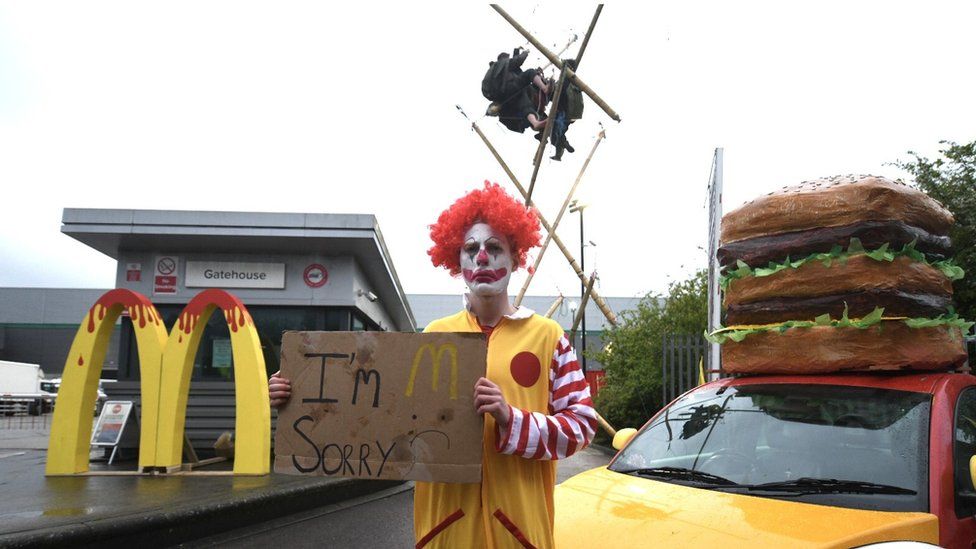 Animal rights protesters say they are blockading four McDonald's distribution centres in the UK to stop deliveries to the fast-food chain's 1,300 UK outlets.
Animal Rebellion said about 50 activists were using trucks and bamboo structures to stop lorries leaving depots in Hemel Hempstead, Basingstoke, Coventry and Heywood, Greater Manchester.
The group is targeting McDonald's "for its role in the climate emergency".
McDonald's has yet to comment.
Animal Rebellion spokesman James Ozden, at a protest in Coventry, accused the meat and dairy industry of "destroying our planet".
Mr Ozden told the BBC the meat and dairy industry was "causing huge amounts of rainforest deforestation, emitting vast quantities of greenhouse gases and killing billions of animals each year".
"The only sustainable and realistic way to feed 10 billion people is with a plant-based food system. Organic, free-range and 'sustainable' animal-based options simply aren't good enough", he said.
Animal Rebellion wants McDonald's to commit to becoming fully plant-based by 2025." 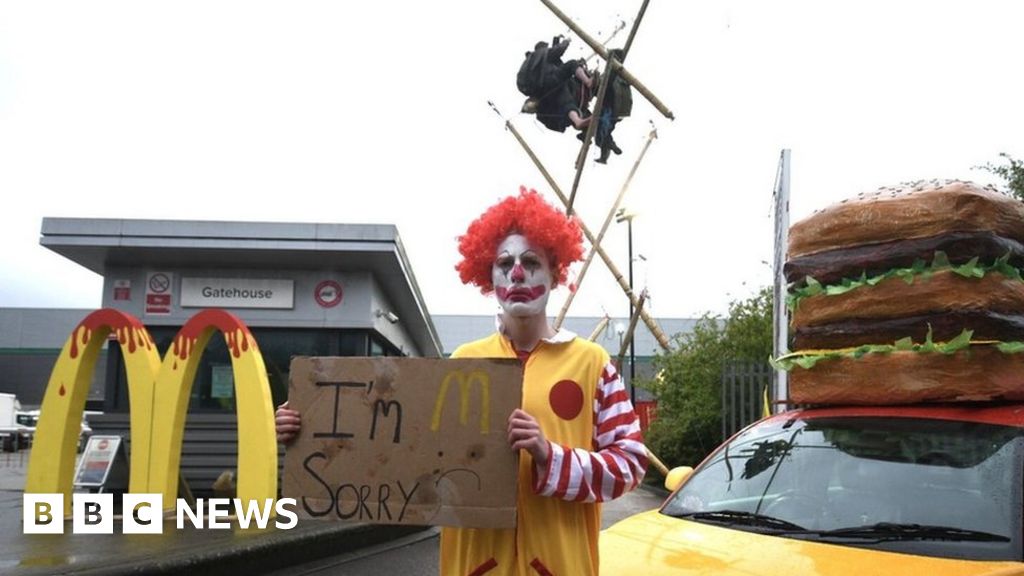 Hey! Why did you change the thread title, from, 'Morrissey absent from McDonald's Animal Rights Protest'?
You must log in or register to reply here.