Just heard this announced on KCRW. Found this reference...

The Los Angeles City Council declared Friday, November 10th "Morrissey Day" in Los Angeles, California. During today's council meeting, Councilwoman Monica Rodriguez introduced the resolution, which includes an official commemorative certificate presentation at the first of two sold-out Hollywood Bowl shows this Friday night. LA marks the fourth city on Morrissey's Fall US tour, which takes him and his band through Boston's Orpheum Theatre on December 7 as they perform new material from forthcoming album 'Low in High School' (out November 17 on Etienne Records/BMG) as well as fan favorites and covers. Full dates below.

The "Morrissey Day" declaration is yet another chapter in the Mancunian's long love affair with the City of Los Angeles. Earlier this year, an unknown party changed the Hollywood Bowl exit sign over the 101 Freeway to read "Morrissey." Morrissey plans to host a pop-up shop at 8250 Melrose Ave, Los Angeles, CA 90048 to celebrate 'Low in High School' on November 17-19.

For the first time ever, The Hollywood Bowl will change its menus to all vegetarian when Morrissey performs at his two-sold out shows this weekend.

"Morrissey Day honors the man who put the 'M' in Moz Angeles, an icon whose music continues to touch and uplift countless people across the globe," said Councilwoman Monica Rodriguez. "Morrissey uses his voice to raise awareness for many social issues while 'in his own strange way,' always staying true to his fans."

"Los Angeles embraces individuality, compassion, and creativity, and Morrissey expresses those values in a way that moves Angelenos of all ages," said Mayor Eric Garcetti. "Morrissey Day celebrates an artist whose music has captivated and inspired generations of people who may not always fit in - because they were born to stand out."

Coucilwoman Monica Rodriguez introduced the measure earlier this week, which will include an official commemorative certificate presentation at tonight’s Hollywood Bowl show. 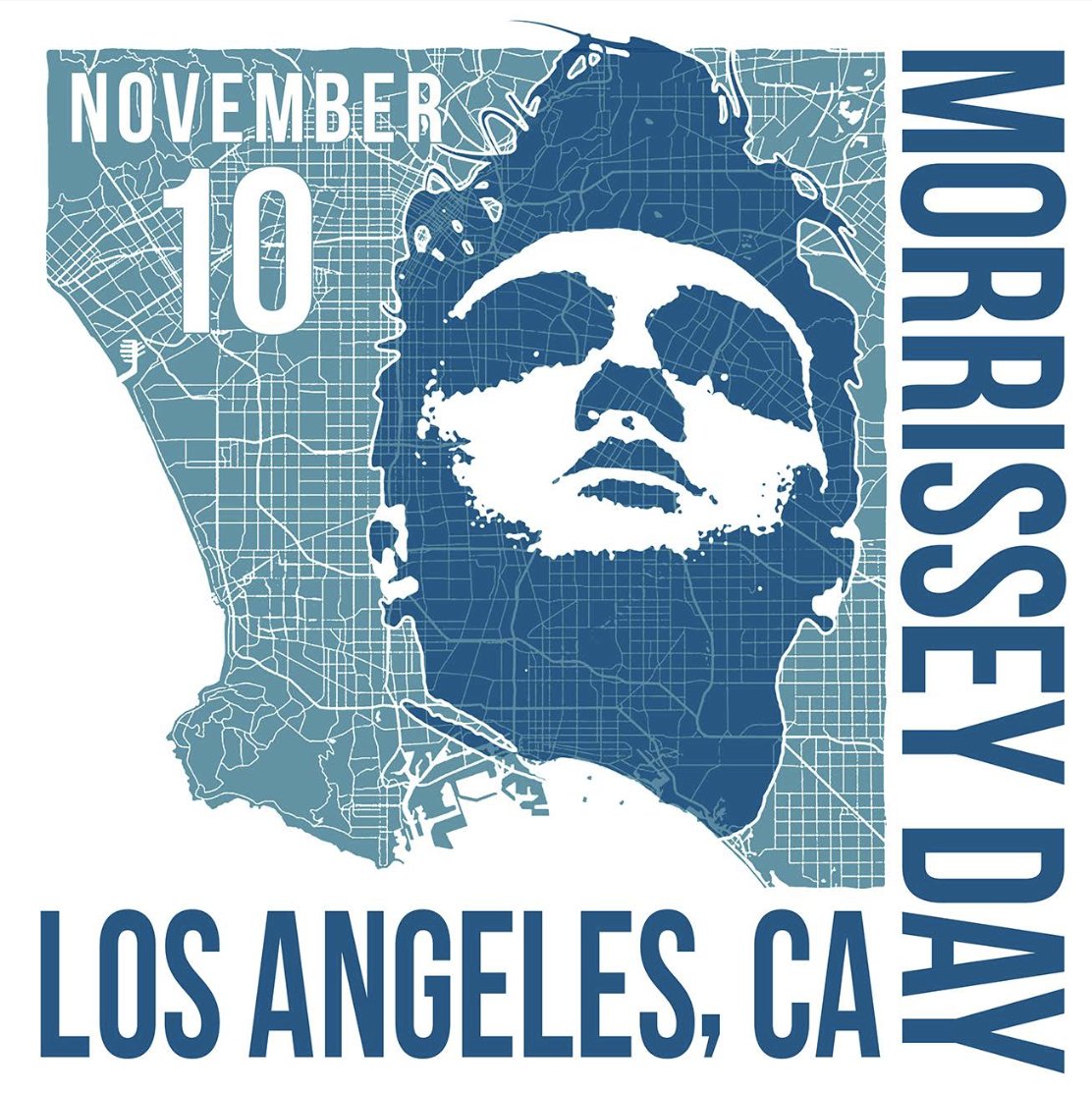 BREXITEERS OF THE WORLD UNITE AND TAKE OVER!

It would be nice if they could also contribute to helping Morrissey's number one LA fan, Aztec Camera , to find a way out of his trailer park home to something more respectable. He could then maybe get off the crystal meth and contribute real sightings rather than the stuff he imagines while checking out the bins outside the Sunset Marquis.

Good news for Hollywood Bowl ticket holders. He can’t cry off now.
"All you people ought to be like me / Drink that good cold whisky and let the cocaine be."

Subscriber
Hopefully this great news will have him in good spirits for the upcoming shows.
​

L.A. should at least get an additional song or two now, right?
E

They probably haven’t heard his latest single yet.

what a great line PEOPLE WHO MAY NOT ALWAYS FIT IN - BECAUSE THEY WERE BORN TO STAND OUT,could have been a line from M himself.
hail hail.

Bull Ox m8! Steve does not live in LA, let alone Malibu and it's really polluted there! I just spotted him down by Hogwarts river in Manc waiting outside the "working class factory" kicking things into a "bin". America is not the world!

The people who live in LA, well all over Southern California would never take pics of Uncle Steve racing jet skis with John Lydon, at all you can eat Potato Taco Tuesday with lil' Sammy at the Sunset Marquis, or at a Dodger game with Snoopy Dog and Ice Cube. We are not desperate like all you foreigners. An unprecedented move by the city of Los Angeles to honor it's #1 citizen and I will be there front and center to witness it.

Go home!!! When will you anti-American foreigners on this site ever get it? Well I guess you never will because you are so delusional and high on the left over meth you take back with you to your foreign lands when you spend your life savings to visit shit holes like Chicago and New Yark.

yes, you're right ! because if they did, they would have declared it Nov MONTH OF MORRISSEY !

@Morrissey Congratulations from all of us on Morrissey-Solo.com!
Last edited by a moderator: Nov 8, 2017

Is this just this week? Or every year?
BREXITEERS OF THE WORLD UNITE AND TAKE OVER!

AztecCamera said:
Well I guess you never will because you are so delusional and high on the left over meth you take back with you to your foreign lands when you spend your life savings to visit shit holes like Chicago and New Yark.
Click to expand...

Hey! Take that back about Chicago!
T

I know right! Does LA have a big key they can give him? Or the 'freedom of the city'?
You must log in or register to reply here.