In yesterday's week-end magazine of the French newspaper - it is much more about Morrissey, than the album, but eventually one understands that they like it: 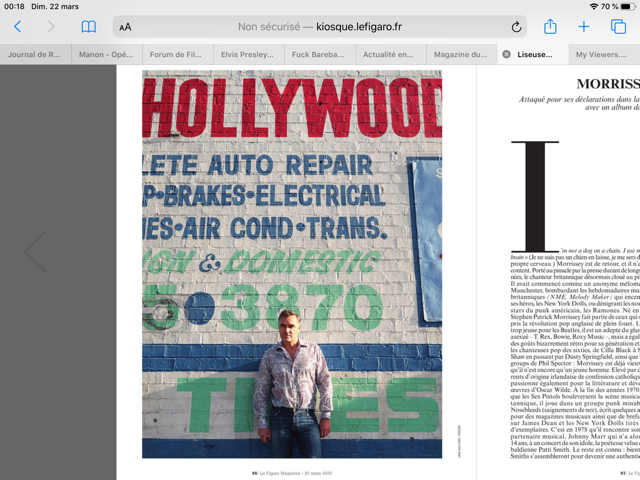 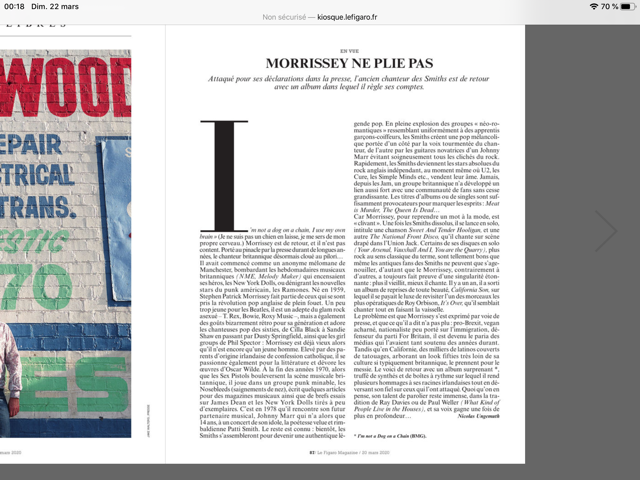 The article starts mentioning the musical influences of young Morrissey, then praises the greatness of the Smiths as an indie rock band.
They also mention de Union Jack incident, but fans continued to love him because some of his solo albums are so great in a more classic rock style (YA, V&I, YATQ). Another singularity about Morrissey is his voice imroving as he gets older, they mention CS and in particular It's Over as a beautiful fully displaying his vocal range.
But he became a paria due to the views he has expressed.
Yet, his latest album is surprising, he is still an irresistable songwriter and his voice is better than ever.
There really wasn't much new, and as Nikita mentioned, barely a review of the record.
M

Tags
i am not a dog on a chain review