When have I last looked on
the round green eyes and the long wavering bodies
Of the dark leopards of the moon ?
All the wild witches , those most noble ladies,
For all their broomsticks and their tears ,
Their angry tears , are gone.
The holy centaurs of the hills are vanished ;
I have nothing but the embittered sun ;
Banished heroic mother moon and vanished ,
And now that I have come to fifty years
I must endure the timid sun.
A

Watch me drool on my shoe

There are some faulty pairs of jeans
In my family
I hang them to dry on a wishy-washy line
Sìegfried is my idol but it does take a lot of money for him to see
Past my jolly trisomy.
No I don’t wanna go to camp.
I’d rather stay home.
If you think I’m not very clever
You should see my employees.
I’ve got musos sat in bars in Vancouver
Spirits high, waiting for me to tell them it’s over. Or not.
I care about Saskatoon
About as much as ‘bout a dead raccoon.
I might go to Toronto
But then again, maybe no.
You see if I see an empty seat, I get agida.
Ideally I’d fill venues with Pegida
But sad to say
I’m still no Aryan Grande.
I still just blow people
Off.
I think Timmy Robinson looks like a hard man. A hard man indeed
I’ve a pianist built like a brick shithouse
Who tell little kids who listen like Milhouse
That a lot of effort was put in spent the day in bed.
I can see that you can’t get that round your head.
How can such a fool be allowed in school?
Oh that’s not all, one word from me and he cries you a Canadair
Saying there’s nothing wrong with my political views
Looking like a fluffy giant teddy bear.
Well you don’t get things like that in Europe.
Here I’m like a fish in Stella.
Have I told you
about my shoe?
People say I have dementia
But they’re just jealous.
I have rhythm, I have my shoe.
Who could ask for anything more?
My other nephew looks like a hipster
So much hair, I want to puke
Ah my shoe. A touch of bourgeois bling (is it real?) that brings out the general inelegancy of the line. That fake feeling. It doesn’t go with anything, won’t take you far, and it might even give you mycosis. It’s so me! I love it.
Why do people pay good money to see me where I don’t go?
It’s like they’re all under my retarded spell.
Some call me the Spectrum Bum, some call me the Good Doctor of Love
But I ain’t going nowhere because if there’s an empty seat
Everything’s not so neat.
I think Nigel Farage looks intelligent
When I stroll around like some Alzheimer-stricken tart,
Exposing my belly, nobody notices me.
But you yell at Joe Chicory that he’s a fascist craven whore
When he never even knew what fascism were.
Well truly I don’t even care
But do you think that’s very fair?
When I was a child people told my mum she ought to have me tested
But she just laughed at the peasants, and now look at me.
One thing about me you should know:
I lovebomb like a narc
I discard like a narc
I even mourn like a narc
But I never cry, just like a badass psycho.
Even if that’s not very obvious to you or Bob Dylan
As you watch me trying to eat my shoe.
Like John Herbert I have a Jesse too
When he gets restless I let him lick my shoe
I wanted a Brexit for my birthday
And nobody will get me one
I know you’re making a banner saying 60 ludicrous years
Don’t bother.
I know you think Central is so stoopid trains don’t even go there.
That may be so. How would I know.
But I’ve got my shoe, and what have you
In fact, the other day after my nap I tried to remember if there was anything more precious to me than Shoe.
Littlefinger who?
Oh him?
You gotta be jesting.
No.
The only important things in life are me and my shoe.
It’s very clear when you watch my nephew sniff my poo but I tell you one thing:
The shoe will go on.
I told him to have lots of kids to make sure those very special jeans do, too.
Who’s smiling now?

I know you want to tell me my father isn’t really my father
And that really just I’m the son of the local butcher.

But I am drooling on my shoe...

Someone put some effort into this. There are some nice phrases. Unfortunate there isn’t more original poetry in this thread. Yet.

Try Anything Twice said:
Someone put some effort into this. There are some nice phrases. Unfortunate there isn’t more original poetry in this thread. Yet.
Click to expand...

ima write a poem for neil. just you wait! 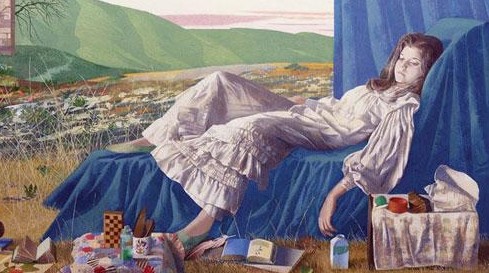 well, you two are just gonna have to wait! if this poem is gonna be the masterpiece that neil deserves it's gonna take time! I mean, how long did it take Milton to write paradise lost?

rifke said:
well, you two are just gonna have to wait! if this poem is gonna be the masterpiece that neil deserves it's gonna take time! I mean, how long did it take Milton to write paradise lost?
Click to expand...

You should probably be working on Paradise Found, though. And maybe that’s more concise?

Try Anything Twice said:
You should probably be working on Paradise Found, though. And maybe that’s more concise?
Click to expand...