It is psychologically damaging and expensive I don't just mean in financial terms it cost Morrissey so much in so many ways.

Morrissey said "Really, I'll never forgive him (Mike Joyce) and to a lesser degree Andy (Rourke), because it was horrific," Morrissey told Melody Maker in 1997. "I thought it was shocking, and if I was a weaker person or less intelligent, it would make me despise The Smiths and everything they stood for. And the judge was horrendous, and all the scrawly sniveling little extremely physically ugly people involved, who viewed me as some kind of anarchic, and semi-glamorous if you don't mind me saying, free spirit."

I really felt for Morrissey when he said this. Life can be incredibly unfair.

Morrissey called Mike Joyce and Andy Rourke "Northern leeches" in the song "You Know I Couldn't Last" that is pretty strong language and shows how hurt he is.

The song "Sorrow Will Come In The End" is about what Mike Joyce and Andy Rourke did to Morrissey and the horrific 1996 court case. Morrissey should of won that court case it is still incredibly unfair.

Morrissey - "Sorrow Will Come In The End":

The song "Sorrow Will Come In The End" is on the album "Maladjusted". "Maladjusted" is the sixth studio album by English singer Morrissey, released on 11th August 1997.

This is an article where Morrissey tells the truth about the 'so-called' postcard incident/sacking. Morrissey exposes Andy Rourke as a liar: 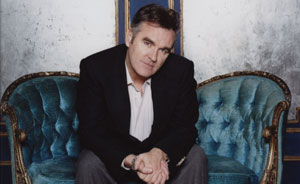