Some interesting comments by Marr on The Smiths split. Please note: these are (amateurish) translations from a (journalists) translation in Dutch.

"The best decision I ever made was running away from The Smiths. I never regretted it, it really was done. Always when somebody calls again: gee, what a shame, I think: dude, you should know. The chemistry between Morrissey and me had worked out. We weren't friends, the only thing that tied us were shared musical preferences. When we could no longer find each other in music, it was done."

"I initially laughed at Morrisseys sarcasm and was touched by his strong anti-macho texts. But after five years of references to Oscar Wilde and sixties films, I was slightly done with it. I myself read J.G. Ballard and William S. Burroughs. I loved dystopian literature. Morrissey was actually more romantic."

"Morrissey and I were different in almost anything. Always. OK, thanks to his lyrics to Meat Is Murder, I stopped eating meat, but otherwise I've never attached much value to his opinions. All I can say is that The Smiths stood up for the rightless and the oppressed, the marginalized ones in our society because of their sexual orientation, race or descent. That is what The Smiths stood for. And we called ourselves leftwing. Morrissey engaging himself with disseminators of hatred is horrible, but I have felt so far away from him for so long that I can't really worry about it. What he does, says or sings, doesn't interest me. And please note: even he can not rewrite our history. I do not recognize anything in him what we once stood for as a band. "
Last edited by a moderator: Jul 2, 2018

Pippistrella said:
It's time for Marr to stick up for his old partner and say he is not a racist.
That would be a good headline.
Noel Gallagher has championed Moz in the past, he should have the guts to say it too.
They should stop thinking of their own careers and put an end to all this nonsense.
Click to expand...

Maybe they didn't care for his mouthy heel turn, and they don't see themselves in his words anymore.

firstodie said:
I don't like Marr, I never have. He got what he needed from Morrissey and then when he became bored he played the victim of Morrissey's petulance. Marr's a fantasist. Jeez, I even remember him saying that Happy Hour was a direct rip-off of I Want The One I Can't Have, and that if he bumped into any of the Housemartins, he'd cause them serious harm. Andy made Marr. Marr played jangly guitar and hid his lack of songwriting ability behind effects pedals and overdubs. The way Andy's bass slinks into the intro to That Joke Isn't Funny Anymore, is sheer genius. And please don't mention that hair. How old is he? That hair alone shows his complete lack of self - awareness. I think Morrissey was cast aside like a worthless rag and has done well not to stick the knife into Johnny the way Johnny has made snide remarks in the past, about him. I'd like to see Morrissey vent his anger on Marr now, and crush him. Perhaps also stop playing Smiths songs. Time for Morrissey to be unequivocal and bear his teeth where Marr is concerned and make the divorce final. This would also help allay claims of him smearing the legacy. Perhaps Morrissey could be more vocal about Johnny's tepid 'career', post - Smiths, and have a bit of fun in challenging him to prove his worthiness as a 'guitar god'. Vent your anger on Marr, Morrissey, there's at least three great albums in that! Also, he could try to be a little more contrite with Andy and Mike, to alienate Marr even more and expose him as the spineless sneak he really is. For too long, he's been hiding behind Morrissey's social ineptitude to make himself look like the maligned arbitrator who did his best to keep everyone happy, but failed...pish.
Click to expand... 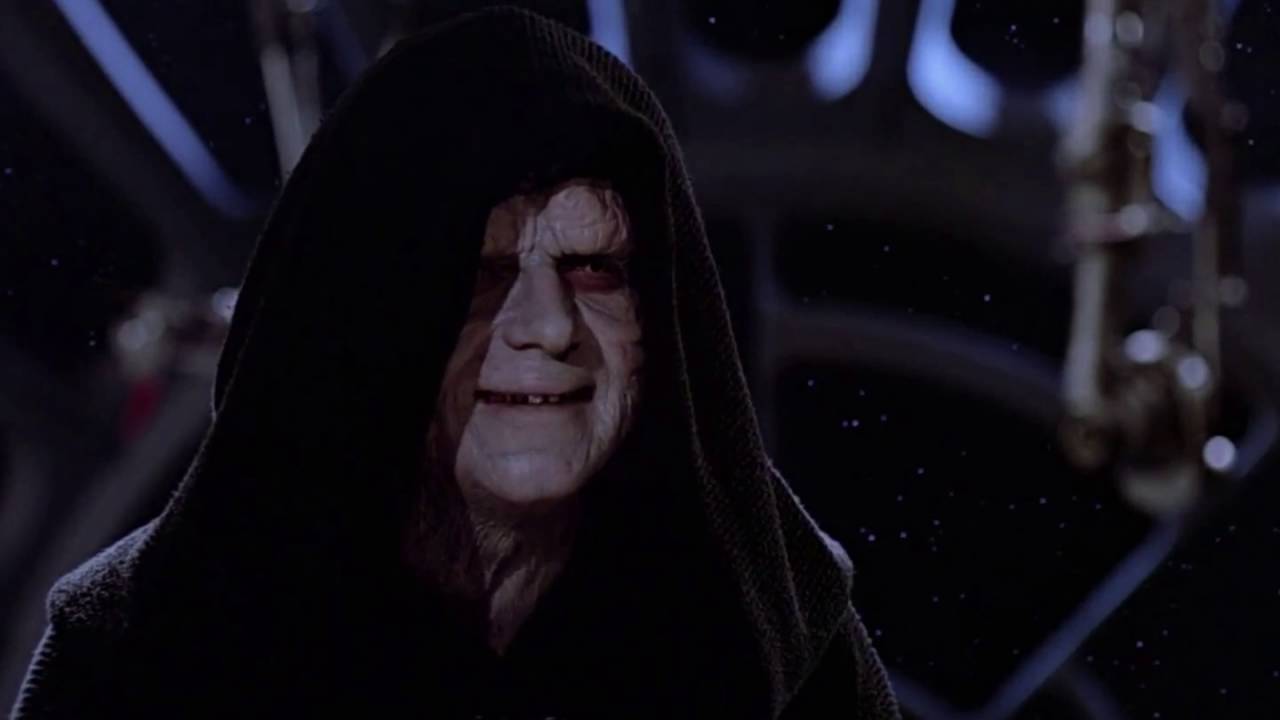 Kick 'em when they fall down.....
Man hands on misery to man.
It deepens like a coastal shelf.
Get out as early as you can,
And don't have any kids yourself

Peppermint said:
I had never thought Forgive Someone was about Johnny, but having just revisited the lyrics I can't help but wonder. Maybe it relates to their meeting a couple of years earlier? Having said that it's such a terrible song that I can't bring myself to ponder it too deeply

Oh, and completely agree about Johnny having earned the right to a five-year hangover.
Click to expand...

I think it's about Johnny Marr. One of Morrissey's better later songs imo. Glad I can still listen to most of Mozzer's solo stuff without seeing swastikas, Tommy Robinson and Orangemen Marching bands.
Man hands on misery to man.
It deepens like a coastal shelf.
Get out as early as you can,
And don't have any kids yourself
A

Bluebirds said:
I think it's about Johnny Marr. One of Morrissey's better later songs imo. Glad I can still listen to most of Mozzer's solo stuff without seeing swastikas, Tommy Robinson and Orangemen Marching bands.
Click to expand...

So funny that Joyce defended Morrissey in his last interview despite the famous issue, and Johnny tells what he tells. I mean I can understand that now his priority is to promote the record and Morrissey shadow can be a problem for him now that his image is in trouble, but still, those are sad words.

Jamie said:
I don't think "Forgive Someone" is about JM. If it's based on a real person at all, it would seem to be someone from M's school days.
Click to expand...

To me, it's pretty strongly hinting towards the Smiths period, but I could be wrong. The line about peat hills reminded me of the section in Autobiography where he talks about going for a drive with Johnny to patch things up .. 'the serenity of our drive to Saddleworth Moor, where the coffin lid shifted and the old spark rose like a small miracle'. And the stuff about ''not betraying" someone calls to mind Speedway. 'In my own strange way....'
"I think both me and Morrissey are about as proud as anyone can be about those records. I'm proud of everything the band did, and I'm proud of the relationship, and I'm proud of the friendship. I don't have any feud going on. I support what Andy's doing, and I don't know what Morrissey's doing but I'm behind it." - Johnny Marr, 2013.
A

I never before heard him talk like this. I think this is very honest, and very true. (And it must be quiet painful to read, for his former companion.)
A

All of the same ignorant, whingy, hypocrital cunts on here who rail on a perceived dwindling of “freedom of speech” - in defence of the rubbish Morrissey spouts - are the first in line to shoot down Johnny Marr for directly answering the questions asked of him.

Bunch of fucking sad, spoon-fed, toddlers without a shred of basic fact, cognitive ability or integrity among them.

Anonymous said:
Well said! I still have your fanzine
Click to expand...

My fanzine?
You're a dipper, a slider, cart-horse provider
Nobody cares about you.
M

Doesn’t seem to ring true this, suspect it’s not the real deal. a lot more forthright then in past, unless he’s become so concerned the negative press around Moz will tarnish the Smiths legacy that he’s felt no choice but to speak out. Revisionist to say they weren’t close though, Johnny’s own autobiography contradicts that

Hungover? People here said he got tired of The Smiths because he was in charge of everything.

countthree said:
Hungover? People here said he got tired of The Smiths because he was in charge of everything.
Click to expand...

In charge of everything and, by his own account, developing a drink problem. I don't actually think he is hungover in that interview (I mean, he might be for all I know, but it doesn't seem obvious), although it's worth noting that it coincides pretty exactly with Scott Piering being elbowed out, which may well explain Morrissey seeming pretty happy and Johnny less so.
Last edited: Jul 4, 2018
A

William Blake's Seven said:
If only Marr's literary influences would manifest in his writing, he might actually pen some worthwhile lyrics.
Click to expand...

In the alternative society that Johnny created for his new album, he is a coherent lyricist.

Jamie said:
To be fair, you'd be monumentally hungover, too, if you were stress-drinking because you were effectively managing your band due to your partner's inability to keep a manager for more than a couple months.
Click to expand...

Patience of a saint.

Anonymous said:
Of course Moz cares. This is the whole point of their dynamic. Moz cares and Johnny doesn't.
Click to expand...

Morrisset only cares about himself and how he can fill his wallet, Morrissey can give 2 shits about the Smiths, that’s why they tell journalist that interview him not to ask about the Smiths as if it never exsisted.
V

Morrissey-so-old.com said:
Morrisset only cares about himself and how he can fill his wallet, Morrissey can give 2 shits about the Smiths, that’s why they tell journalist that interview him not to ask about the Smiths as if it never exsisted.
Click to expand...

(actually Moz gets asked about the Smiths on just about every interview, but dont
tell the loon^^^ he may fly off his meds)

(actually Moz gets asked about the Smiths on just about every interview, but dont
tell the loon^^^ he may fly off his meds)

If it isn’t the little quire boy Vegan.Hoe, run into any good priests lately Vegan.Hoe? I’m sure many have baptized you with golden and silver showers, LoL. You are simply a child, with abandonment issues who craves my attention.
F

In all honesty, I'd think twice about supporting Morrissey if he was new on the scene but that's not the case. He's an established artist who I've invested a lot of time in. Some people think they can tell you to forget 34 years of your life because they now find his views unsavoury. Ageism.
P