The February issue of Danish magazine Gaffa has an interview with Morrissey. It says that more of the interview will be published on the Gaffa website (in Danish) on the release date of Years Of Refusal. But this is the interview as it is in the printed version of the magazine. As always, when translating from one language to another (in this case from Danish to English) I have no way of knowing exactly what phrases the interviewer and Morrissey used so I might not use the exact right words that they said, but the meaning should hopefully be the same.

Different stages on the road of life
To celebrate the release of Morrissey’s ninth soloalbum, Years Of Refusal Gaffa went to London to meet the always elegant and witty complainer to talk about being homeless and on happy pills.

‘I’m doing very well’, Morrissey sings at the beginning of his new album, sending chills down one’s spine. Did one hear right? Has the world lost its greatest cynical satirist songwriter to something as gruesome as…a happy life? Could the man, who turns 50 in a couple of months and at the same time can celebrate his 25-year anniversary as recording artist, be in the middle of an identity- and midlife crisis? A few seconds after Morrissey’s worrying proclamation one can sigh in relief with the relieving line ‘I can block out the present and the past now’.

Alright Morrissey, this time I won’t make the mistake of asking you how you are, I will just assume that everything is the way it’s always been.
“I hope to God it isn’t. It’s terrible when life is static”.

That’s true but is life better then?
“Yes, better, or I think so. I think so”.

Why? Happy pills?
“Haha, if life was only that simple. But it’s better in many ways even though the record industry is in chaos and struggle to breathe, and dies and other dramatic things. But I feel pretty good”.

You look good
“Ah, that’s because of the pillows on this sofa”.

Well, but the first song on the album, which by the way is really good…
“You have been told to say that”.

No, actually I haven’t
“I think you have”

Well, you’ll never know. But the first song (Something Is Squeezing My Skull) is about happy pills. Did they work for you?
“I’ve tried them before and I don’t think they worked but will we ever know for sure (if they do)”.

Oh thanks.
“Can you remember which pills you took. Was it just some pills somone reccommended”?

I don’t remember what they were called – it’s a long time ago. But I tried 3 different types and the first one made me gain weight.
“Yes, some of them bind the water in your body and a lot of people experience that and then they ask themselves if they want to be fat or depressed. I think I’d rather be depressed”.

About time to turn 50
In 2004 you sang in America Is Not The World that America didn’t speak to you as long as the president wasn’t black, female or gay. Has your opinion changed now then?
“I am defintely surprised. For once we can be optimstic and we should at least give Barack a chance. At last they aren’t fronted by some exhaustin tin-soldier who preaches the same old macho-macho-macho-mssage – “let us kill everyone who disagrees”. We are so tired of it. It’s so fantastic that a black man has taken the lead. And if it hadn’t happened I don’t think there would be anyone left in the world who would have forgiven America – EVER”!

Have you moved back to Los Angeles?
“I am..homeless”

Poor thing. So you’re sleeping rough on sofas all over the place?
“Yes. At Claridge’s (the 5 star hotel the interview takes place in, ed.). I’m basically homeless at Claridge’s. I’m rootless. I have found out there’s nowhere I want to live. I go to Copenhagen or Stockholm or a third place and think I could live there, but then…”

Yes, then you meet the locals and want to run away
“Exactly. I belong to the universe, and more specifically I just can’t do it.”

It must be nice though to have the freedom and means to be able to run away.
“It’s a priviledge”

But it doesn’t solve any problems
“There’s never anything that solves any problems. But if you have a small apartment with your stereo and bookcase and a couple of pictures on the wall, then that’s a priviledge too”.

Overjoyed? You mean, to have made it this far?
“Exactly. It’s a huge victory. And I have no interwst in being 16 or 32 again”.

No, of course you’ve tried that and it wasn’t a happy time
“Exactly. I feel a lot more balanced and it’s about time I turn 50. The only regrettable thing about it, is that it won’t change anything”.

One can never be certain of anything
Like the comeback album You Are The Quarry from 2004 the Years Of Refusal-album is produced by Jerry Finn who tragically lost his life shortly after finishing work on the album, aged just 39.

“It was always hysterically funny to be in Jerry’s company and his sudden death was indescribably tragic. First he had a bloodclot in his heart and the next day he had an aneurysm. He survived a few weeks and I visited him every day in the hospital the last two weeks of his life. It was all very unreal because three weeks before he fell ill we had had a big party at his house where we celebrated that we had finished Years Of Refusal and everyone were really happy. It was very strange to witness that he was so happy during work on the album and then he didn’t live long enough to see it being released. Let that be a lesson for us all because you can never be sure of anything in this life. But do we grow as people after an experience like that? I honestly don’t know. I still think we continue to worry about tiny stupid things. You lose one of your best friends and are deeply shaken for a while but then you return to your usual pattern where you worry about pathetic and irrelevant things. It’s man’s nature. But Jerry is gone and I still can’t really believe it”.

Do you remember the last conversation you had with him at the hospital?
We had a very close friendship and our conversations were always very jovial and silly. We laughed constantly and had a fantastic friendship. (Long silence). His adoptive parents had both died so he was basically alone. He was pretty lonely. But he loved music and even though he has an impressive body of work behind him as a producer he was extremely humble and very private. I can simply not understand that I n longer can pick up the phone and call him”.

I’m sorry I brought it up. It’s clear that you are deeply affected. But I still think that one should remember and honour those people one has lost. It’s the only way to be able to move on.
“You’re probably right but it’s not always easy, I mean he’s not here anymore. But that’s the way it’s always been throughout human history and you and I are next. I will hear about your funeral or you will hear about mine. It’s inevitable”.

Time’s up and I politely wish Morrissey a “good day” but he doesn’t reply with a “you too” or even a “thank you”. No, Morrissey will always be Morrissey, so with a twinkle in his eye he says, “but how?”.

EXTRA:
Survival of the fattest
You have been on a lot of record labels throughout your carreer. Are you difficult to work with or is everyone else an imbecile?
“48 different labels to be precise. I think most of them are fools who don’t know what they’re doing or what they should be doing – they just guess. And most of them only have their job because they look like someone who can do it. But there’s no one who understands the music industry or how it works. And I have been thrown around as if it was from one psychiatrist to another because no one knows what to do with me. I can’t be marketed because I’m so odd. But I manage to survive and that aspect is more fascinating than anything else”.

Subscriber
Fabulous - thanks for posting this.

Thanks for translating!
I

Super stuff, thanks a million.
D

Thanks for the link to the online interview - I hadn't seen it online yet. Hadn't seen the first picture before - wonder if it's from the interview?!?!?!?

Thanks for the link to the online interview - I hadn't seen it online yet. Hadn't seen the first picture before - wonder if it's from the interview?!?!?!?
Click to expand...

Could be, although it's similar to one of the Morrissey Facebook pictures. I posted it over in the Frink thread. That's the kind of thing they like over there

Thanks for the translation! Wonderful article.

Here are some new ones from that Gaffa site: 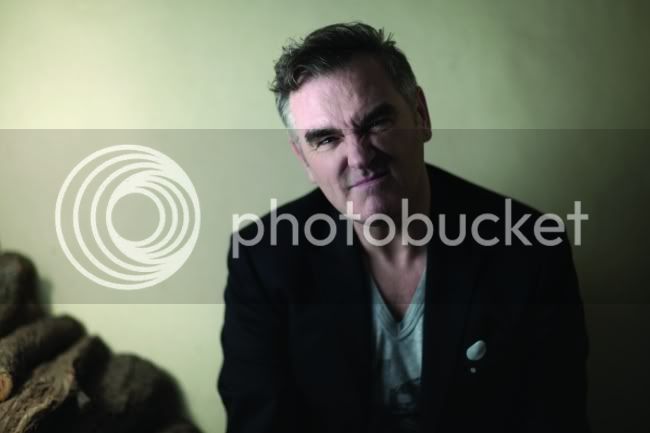 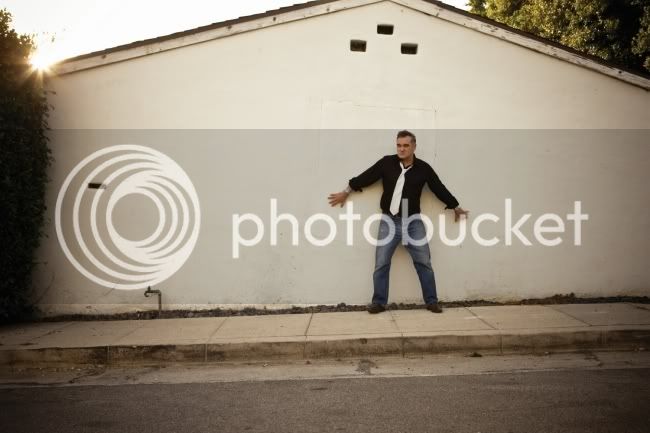 Another amazing interview , so many true things talking about the tragic death of Jerry Finn. It should make us all think more about our lives.
Cheers Moz & thanks for the translation
[SIGPIC][/SIGPIC]

Thank you for the translation, dandysweets. Very thoughtful, moving and funny.

Thank you very much for the translation and the finding!
http://allyouneedismorrissey.com/index//

Nice one. Thanks for translating that.

Morrissey obviously felt a strong affinity with Jerry Finn and spent a lot of time with him. Makes me angry when I think back around the time of his passing that some posters were busting Morrissey's balls for not making a public announcement about it.

King Leer said:
Nice one. Thanks for translating that.

Morrissey obviously felt a strong affinity with Jerry Finn and spent a lot of time with him. Makes me angry when I think back around the time of his passing that some posters were busting Morrissey's balls for not making a public announcement about it.
Click to expand...

I was just thinking the same thing. The comments on the front page were absolutely atrocious. It was one of the saddest, most offensive episodes on this site (and that's really saying something).
M

Anaesthesine said:
I was just thinking the same thing. The comments on the front page were absolutely atrocious. It was one of the saddest, most offensive episodes on this site (and that's really saying something).
Click to expand...

In the past, when someone Morrissey has worked with has died, he would nearly always issue a public statement as a tribute/message of sympathy.
It was unusual (for Morrissey) not to do this when Finn passed away. I think that was probably the gist of people's complaints...
D

Don't think that's true actually. He's not the sort of person who acts as rent a quote whenever someone famous dies. Also, Jerry Finn was not famous, so there's no reason why he should have made a statement.
You must log in or register to reply here.

Nov 5, 2020
thefactoffiction
T
M
NME article hinting at the queasiness of being a modern-day Morrissey fan