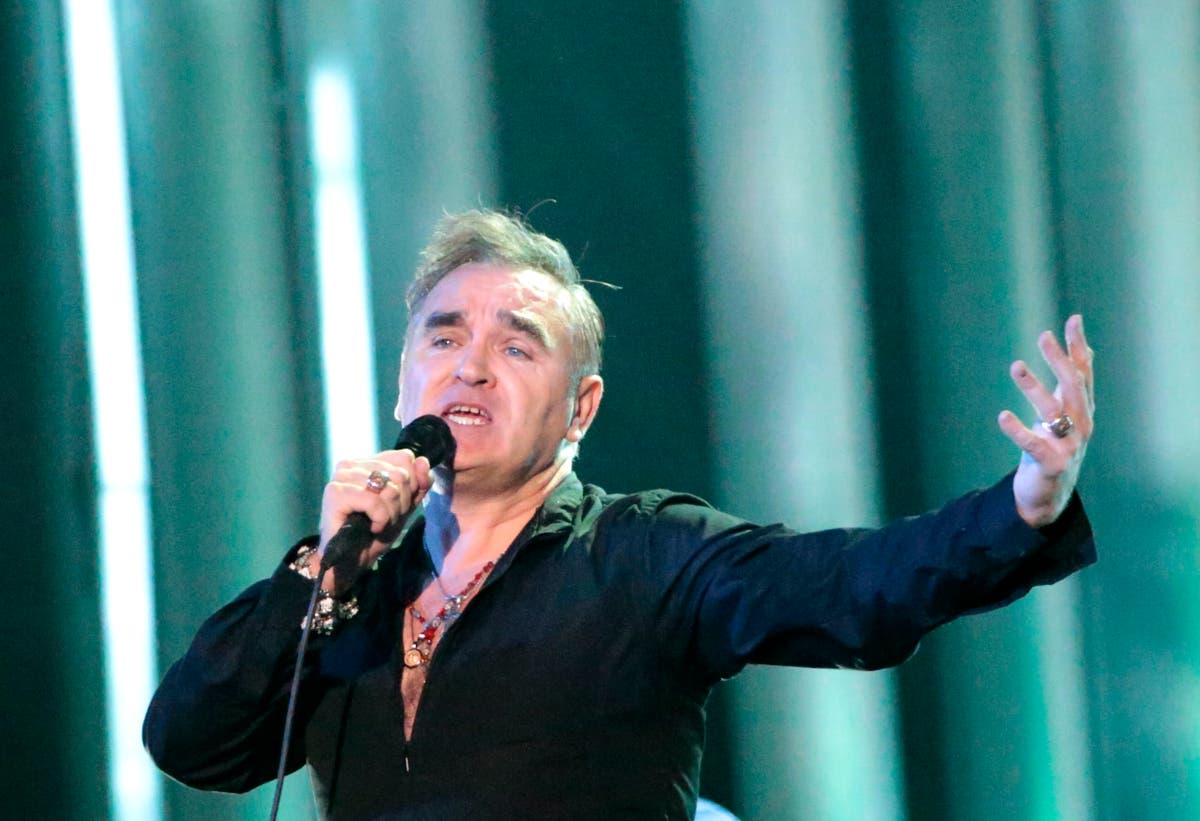 “Voice of the outsider?” For me, there was always something fake about that 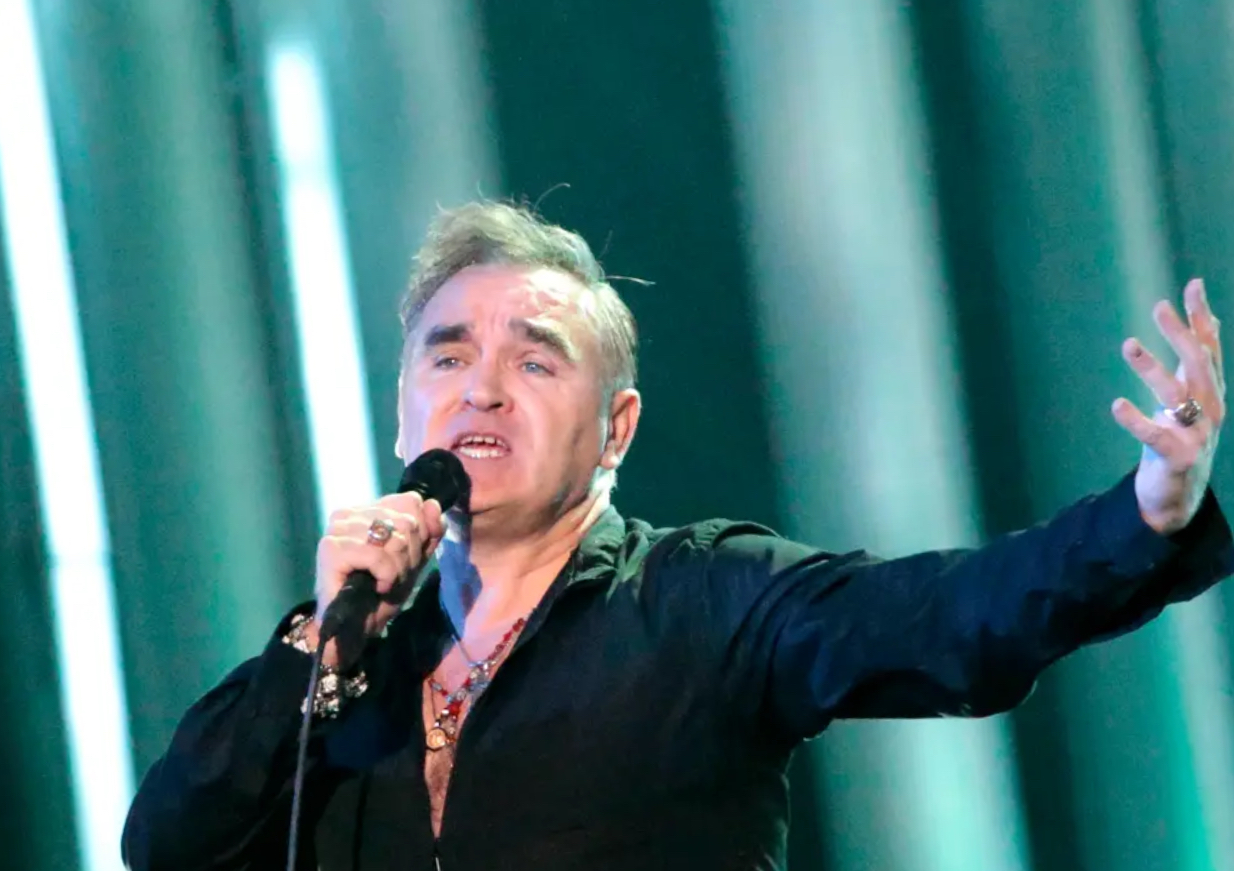 Britain is in the midst of an existential funk. A cost of living crisis, the gruesome spectacle of the Tory leadership battle, widespread industrial strife, and an economy that looks like a punch drunk boxer the wrong side of 40. And now Morrissey is touring.

Just what we need, I thought, as a flyer arrived in my inbox.

“The dates are fixed for September and October. No rules / regulations / restrictions will be in place for these concerts – everyone is welcome,” read a post on the former Smiths frontman’s Instagram page, advertising the event.

A bold stance that in lockdown Britain. What a ballsy campaigner for civil rights.

Except that Britain isn’t locked down. And it hasn’t had any meaningful restrictions in force for months now. You want to go to a gig? You can go to a gig. Some venues politely ask you to “consider” wearing a mask.

But that’s about as far as it goes, and the number that do that are in the minority (I’m one of them).

The TUC has, meanwhile, unearthed incidences of workers getting hauled into the office after testing positive, while their colleagues have been asked to perform their duties alongside them. Liberties, you say? What about theirs?

Of course Morrissey’s journey from the “voice of the outsider”, who wore NHS specs and flowers in his back pocket on Top of the Pops, to supporter of far-right political party “For Britain” has been much discussed and written about.

He is hardly alone in executing a sharp rightward turn – a familiar, although by no means inevitable, journey as people age. John Lydon, the man who snarled “God Save the Queen”, said there was “no future” for you, and wailed about England dreaming, is now a fan of that nostalgic (bad) dreamer Nigel Farage, He supported the nightmare that is Brexit and even defended Donald Trump.

Ian Brown, the Stone Roses front man, has meanwhile released an obnoxious anti-vaxx song, lining him up with Van Morrison, who made a mockery of protest music with his opposition to something which has saved literally millions of lives. Tough break for the fan for whom these artists mean something.

Nick Cave once argued for the separation of art from the artist. Kenneth Branagh did the same when speaking about Van’s soundtrack for his Oscar winning Belfast. And there’s something to be said for that. Sometimes it’s possible.

“Never Mind the Bollocks” and “The Stone Roses” – stone cold classics both – transcend frontmen who’ve turned into ageing curmudgeons with the sort of views you’ll most likely hear from your embarrassing uncle at the Christmas dinner table after he’s had one too many glasses of red. “Astral Weeks”? Brannagh would probably make the case for that one too.

But sometimes it’s just too hard.

My brother and I were both once fans of singer-songwriter Ryan Adams. There was one of his albums in particular I turned to during very dark times.

Neither of us have felt able to go back to him after after his troubling behaviour towards women came to light and became the subject of a scandal. It included allegations of abusive relationships and inappropriate contact with a young fan. His me, me, me, nonapology apologies added insult to injury.

There are no hard and fast rules to this, but Morrisey would seem to be in a similar category. It would be boring as hell if we only listened to those we agreed with but some things are beyond the pale. “For Britain”? No, no and thrice no.

The clues were actually there in the song “Bengali in Platforms” on his first solo album, released at the time when much of the music press was still of the view that he could do no wrong and an album of whiny ordinariness had to be given no less than eight out of 10.

Personally I never much liked him. “Voice of the outsider?” For me, there was always something fake about that and the Smiths fans I knew could be venomously unpleasant to anyone they deemed to be outside their tribe.

But that was not true of all his fans, as those who have written of their pain at his transformation into someone who has spoken in favour of a nasty far-right political group have made clear.

Their numbers appear to be growing. His stages are getting smaller. Last time he was here, just prior to the unpleasant but lifesaving lockdown he abhors, he performed at the First Direct Arena in Leeds (capacity 14,000) and the SSE Arena, Wembley (12,500).

He’s still doing sizeable venues; Brixton Academy (although it’s not yet sold out), Manchester’s Apollo, Glasgow’s SEC Armadillo. But they’re in the 3,000 to 5,000 range.

Conflicted Morissey fans could always turn to Johnny Marr. “The Smith you can rely on” performs a number of their songs in his repertoire and his solo stuff is getting better and better. He doesn’t spit bile and, bonus, he doesn’t charge upwards of sixty quid a ticket. At least not yet.
Last edited: Jul 23, 2022

It's the blog section.

It's been a long since this site is attacking Moz. I really dont care this kind of people think. I don't give a shit to this obvious & politically correct opinion.
"Those who murder language are not pure" - Camus

Neither true or false just rote and repetitive. Adds nothing to the discussion around Morrissey.

I love people that self righteously shame us by saying they’re still doing the right thing by wearing a mask. He’s a hero!

There is there really poorly written article's about Morrissey and then there is this. Dry your eyes for goodness sakes.

Someone fetch me a bucket, I’m going to be sick. Just when we thought we had seen the last of these self-righteous and holier-than-thou articles chock full of nauseating political correctness, The Independent rams this down our throats. God help us all. And God bless Steven Patrick Morrissey.
As sentimental as a menopausal woman.

Yes, it's a truly crap piece of lazy journalism but alas we will never see the end of these articles until Morrissey tells people he regrets formally supporting a right-wing political group, and very clearly withdraws that support. Simply not reaffirming his support for them (and saying he never votes) has unsurprisingly not made the slightest difference to the way he is perceived. At least he's not been lumped in with convicted paedophiles this time, as has been the case in other recent pieces.

Mike Rourke said:
Yes, it's a truly crap piece of lazy journalism but alas we will never see the end of these articles until Morrissey tells people he regrets formally supporting a right-wing political group, and very clearly withdraws that support. Simply not reaffirming his support for them (and saying he never votes) has unsurprisingly not made the slightest difference to the way he is perceived. At least he's not been lumped in with convicted paedophiles this time, as has been the case in other recent pieces.
Click to expand...

Bollocks - it's a zero effort blog in their open section. He wouldn't notice any updates unless they were bigger than the scandal & nothing is bigger than scandal.

Oh wow, what a puerile and self-involved, mind-numbingly regurgitated and unparalleled snoozefest. James Moore this gets an F-grade for output and a 0 for effort. Too bad i can’t give it less

‘Personally I never much liked him.’

Well, it seems then this guy wouldn’t have anything nice to say about M no matter what M would say or do.

"...to say the things he truly feels
And not the words of one who kneels..."
E

It's a blog, so it's not even journalism. More like the work of a rejected columnist. Anyway, these kind of blogs sort of overestimate Morrissey's importance. Yes, he is doing an UK tour, but so is almost every artist now that Covid-19 is perceived gone (for a while at least). So? Don't buy a ticket, if you're not interested. Morrissey's concerts won't affect the lives of those not going in any perceivable way.

Everyone is entitled to their opinion an all that... but you'd have hoped a chief business commentator had a much longer list of things Britain does not need right now before he go to Morrissey.

James Moore is The Independent’s chief business commentator and a columnist for Independent Voices. He writes daily for the title’s business section on business, finance and economics. His regular Voices columns, usually on Thursdays and Saturdays, cover a wide range of issues including politics, the rights of disabled people and his own disability, education and health.

21punksalute said:
I love people that self righteously shame us by saying they’re still doing the right thing by wearing a mask. He’s a hero!
Click to expand...

Yeah! Right on! f*** everyone else! Let's spread diseases!
N

This makes me even more excited for the the tour, "the last thing Britain needs right now", not the cost of living crisis, not covid, not government turmoil ... but Morrissey playing a few dates in the UK

Hilarious stuff, thanks for the laugh James.