With interview segments and promo videos. 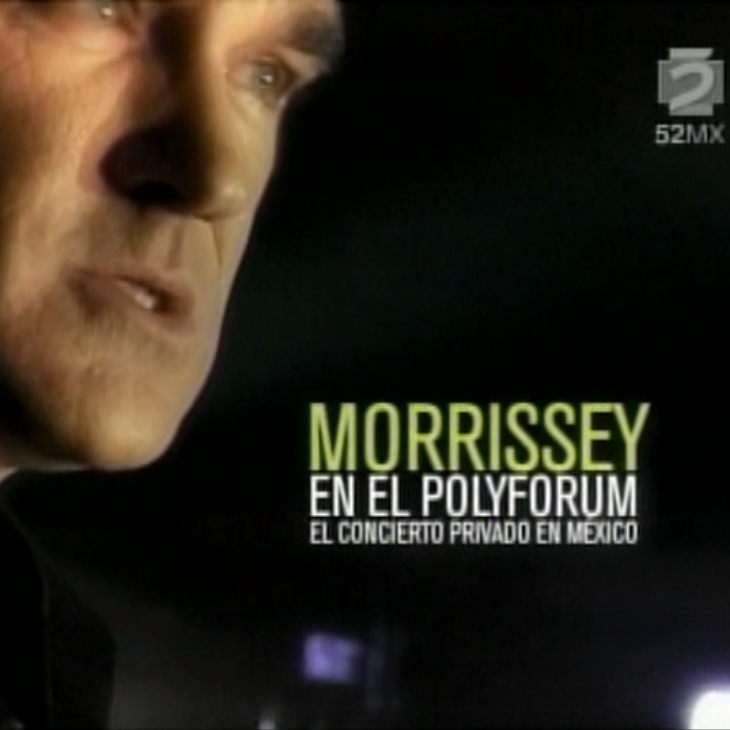 An oddity that escaped the wiki / tour list for a while.
This has surfaced on YT a few times - this is the best quality version in full.
Cited to be a 'private' gig, but details are scarce.
It was filmed just prior to the Palacio de los Deportes gig at Mexico City November 16, 2006 - on the same day.
It aired January 27, 2007 via Canal 52MX.
Morrissey sings live to the band miming/backing track - unclear as to why.
I've included audio alongside the video as it's a curiosity and his vocals over the backing track are worth having.
The interview segments are also good.

There are smaller versions of this, but I'm trying to put out the original versions where possible.
You may have noticed recent posts are trying to combine items to make things more interesting.
To circumvent Google drive problems people have experienced - they are both individual zips and should d/l without issue.
The above links won't be available on Google forever.
All credit to the original encoders and sharers.
Regards,
FWD.
Some of us is turning nasty

Thanks Mr. Famous.
I'm Not Here, And This Isn't Happening.

"There were days when … all we needed to do was accept, irresponsible acts meaning not very much at all, a disassembled life with
a head full of music and a heart full of hope."​
B

Thank you kindly. This one is such a treat! The interview reveals some crucial bits about his whole philosophy towards music and songwriting. Highly recommended despite the oddly unnecessary lipsynching!

i dont know how i missed this : (
i shot and uploaded this show http://forums.morrissey-solo.com/showthread.php?t=76602&highlight=las+vegas+drifter

drifter said:
i dont know how i missed this : (
Click to expand...

I'm looking for a new home for it as it was 3GB and the Sisterama collection took its place.
Will sort something out for you in next couple of days.
Regards,
FWD.
Some of us is turning nasty