I started something I couldn't finish: the Smiths reunion that wasn't - The Guardian

A somewhat padded-out interview with Messrs Joyce and Gannon about the recent Classically Smiths debacle.

I started something I couldn't finish: the Smiths reunion that wasn't - The Guardian
Three former members of the indie band were due to reunite for a series of gigs that fell apart as soon as they were announced. Mike Joyce and Craig Gannon explain why they tried to make it happen 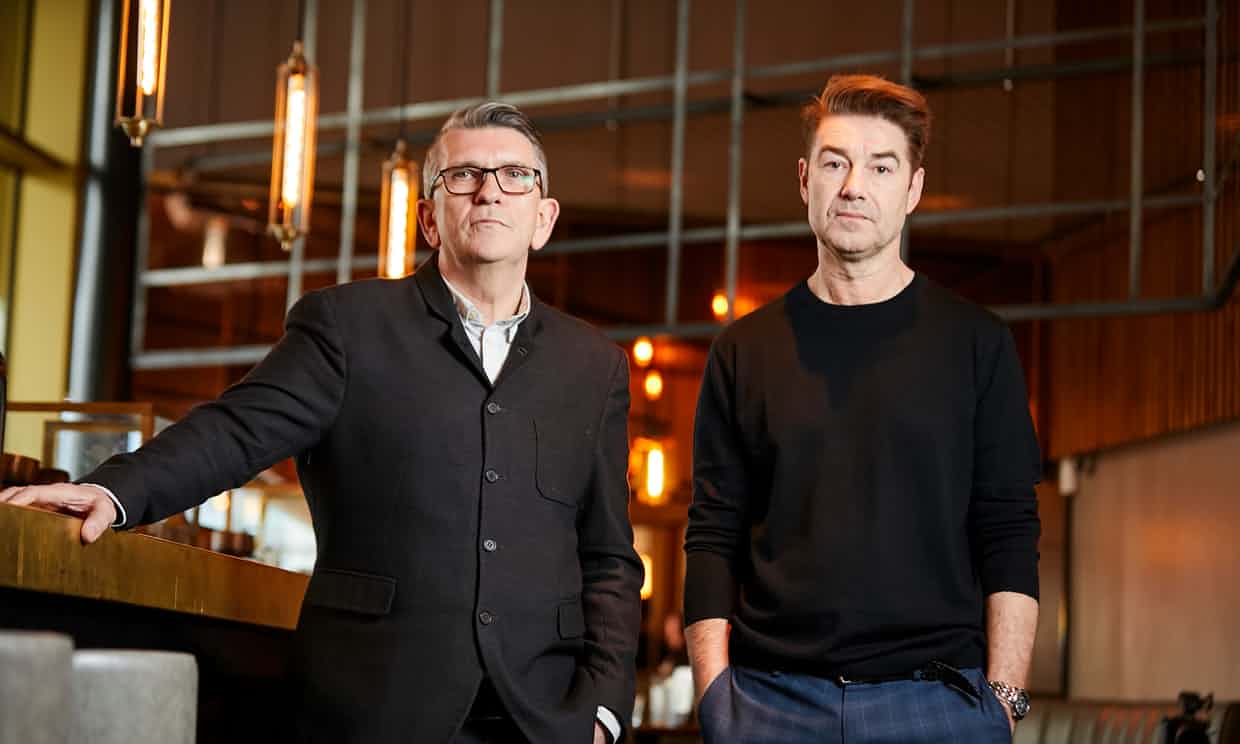 marred said:
Okay now I would pay to see that. Bass and drums on skates needs to happen.
Click to expand...

Drum kit on a sliding platform ricocheting around the arena. That’s the way I’d go
A

Johnny Barleycorn said:
He was a great drummer who went to court to protect his rights and the law fell in his favour. I don’t see how that necessarily makes him a terrible person.
Click to expand...

He was a a member of a band who was so upset with his share of the royalties, that two years after the band split (i.e. in 1989), he decided to go and work with the singer once again. Then, when that work finally dried up he decided to pursue legal action. Funny that.

'not to mention Morrissey’s pronouncements on race and Brexit."'

The puppet master behind this sudden demise is clearly Marr. Who no doubt threatened to cut off Rourke's royalty stream. Likely the downside of his settling was he signed away his right to represent himself as "The Smiths" or part thereof, in any way. You don't get to live in New York City rent-free.
U

That moment when Gannon realised he still has a full set of hair but his face looks like a dishcloth.

Wasn't he sacked by Moz cause he hated his surname because Gannon is a game or something?

URBANUS said:
That moment when Gannon realised he still has a full set of hair but his face looks like a dishcloth.
Click to expand...

I think Craig looks pretty good! The guy next to him, the one who ruined the Smiths, not so much.
A

The amount of mindless Mozbot sycophants around here is depressing. Morrissey hates Joyce, so they just have to hate him too. Yet if Morrissey suddenly said in an interview "oh, Mike and I have patched up our differences and are good friends now" they'd all be queuing up to be the first to give Joyce a reach-around. Get some opinions of your own, sheeple.

g23 said:
"Well, because I called up Mozzer, Johnny, Andy, and Craig, seeing if they wanted to play a few shows, and they all told me to wish in one hand and shit in the other and see which one fills up first, but I reckon I must have been constipated that day and took that as a good sign, so I called a press conference."
-Mike "Charlie Brown" Joyce
Click to expand...

My dad used to say the same thing, except it was think in one hand and shit in the other

valvano said:
My dad used to say the same thing, except it was think in one hand and shit in the other
Click to expand...

Either way, I'm not taking a chance on shaking Mike Joyce's hand.
A

Dingoatemybabby said:
I think Craig looks pretty good! The guy next to him, the one who ruined the Smiths, not so much.
Click to expand...

His one-eyed trouser snake is monstrously mammoth though according to dozens of satiated groupies, compared to your famished and crusty miniscule member.
A

This classical project would have been interesting, like all the tributes to The Smiths eventually are. The main error was promoting it as a Smiths reunion. That was fake.

..."three-fifths of one of the most influential bands in British pop history"...

Then: "He (Joyce) had known Rourke wouldn’t be participating, but wasn’t authorised to say so on the morning of the press conference and had attempted to skirt the issue of his involvement in interviews."
What??? In most people's scale of values that's called lying to the public. Truculent and unreliable... who??? Joyce blamed the producers for his lies like he blamed his lawyers when he sued Morrissey and Marr. He always puts his own money interests before the truth excusing his lies in what other people tell him to do, as if he hadn't a mind of his own. No matter if he deceives a court, the public or his ex band mates. Twisting the truth doesn't seem to be a problem for Joyce.

The article couldn't spare to mention heroine addiction and the death of D. Riordan to hurt Rourke for not taking part of the project. Sorry for that low blow to a person who is mourning a bandmate and had an addiction problem.

Then they continue trashing Morrissey -again- with the topics of Brexit and race. What a lame article about a pathetic situation.
U

Dingoatemybabby said:
I think Craig looks pretty good! The guy next to him, the one who ruined the Smiths, not so much.
Click to expand...

If the count Dracula is your thing then give them a call.
U

I once started something with a girl that was finnish.

Rename the article to "They started something, we couldn't".
U

mike with his rented suit. the reason he lied about the other sad sack is that he probably was putting the whole thing together, he probably put those two fake promoters in a room and told them to start the now non existent co.

i think they all got autism and asnparhamburger syndrome for sure.

there is no other explanation. they got trembling in the membrane.
poor miserable mfrs.
A

URBANUS said:
I once started something with a girl that was finnish.
Click to expand...