"This is my first comment (and hopefully my last) on The Simpsons' episode - which I know has enraged many people. The hatred shown towards me from the creators of The Simpsons is obviously a taunting lawsuit, but one that requires more funding than I could possibly muster in order to make a challenge. Neither do I have a determined business squad of legal practitioners ready to pounce. I think this is generally understood and is the reason why I am so carelessly and noisily attacked. You are especially despised if your music affects people in a strong and beautiful way, since music is no longer required to. In fact, the worst thing you can do in 2021 is to lend a bit of strength to the lives of others. There is no place in modern music for anyone with strong emotions. Limitations have been placed on art, and no label will sign an artist who might answer back. Anyway, forgive me, we all know this because we can see how music - and the world in general, has become a mesmerizing mess, and we must let it go spinning along unbearably because free speech no longer exists. We all know this. In my case, nothing about my life has ever been matter-of-fact; nothing about my songs has ever been matter-of-fact … so why would they now be? Since my very first interview several decades ago I have lived with horrible accusations to such a degree that it is generally understood that 'this is how we write about Morrissey'. In other words, I'm quite used to it. I've had enough horror thrown at me that would kill off a herd of bison. Accusations usually come from someone with a crazed desire for importance; they don't operate at a very high level. Writing for The Simpsons, for example, evidently requires only complete ignorance. But all of these things are too easy for me to say. In a world obsessed with Hate Laws, there are none that protect me. Often, the scandal sheets (do we STILL refer to them as 'news'papers?) attempt to psychologically wound an artist, and then, hopefully stir up enough hatred against that artist so that s/he is physically wounded. False theories of race are now the most common (and boring) aspect of all criticism, and will continue to be so until accusations of racism are in themselves illicit. I have watched 'Smiths fans' being attacked by the UK press on the grounds that 'Smiths fans' are too backward to understand the person that I am; I have watched the modern Morrissey audience be ridiculed by the UK press with the belief that they, too, couldn't possibly know who I am, and I have lost several high-profile friends because they could no longer live with the night and day harassment from British journalists who are suicidally anguished because they cannot urge the people around me to drum up tell-tale incidents of racism. This battle fatigue I face alone, although I am very grateful to the writer Fiona Dodwell for her eloquent appraisals of the victimization that now automatically associates with my name, and on which The Simpsons latest episode feasts.
People continually ask me why I do not retaliate - especially following the Sky Sports open slander. The answer is explained in the first few lines of this comment. Life is difficult and you must face it on your own, and even with the impossible-to-imagine legal artillary, everything can be repaired … except the human heart.

It is easier for me not to go on. You know I couldn't last." 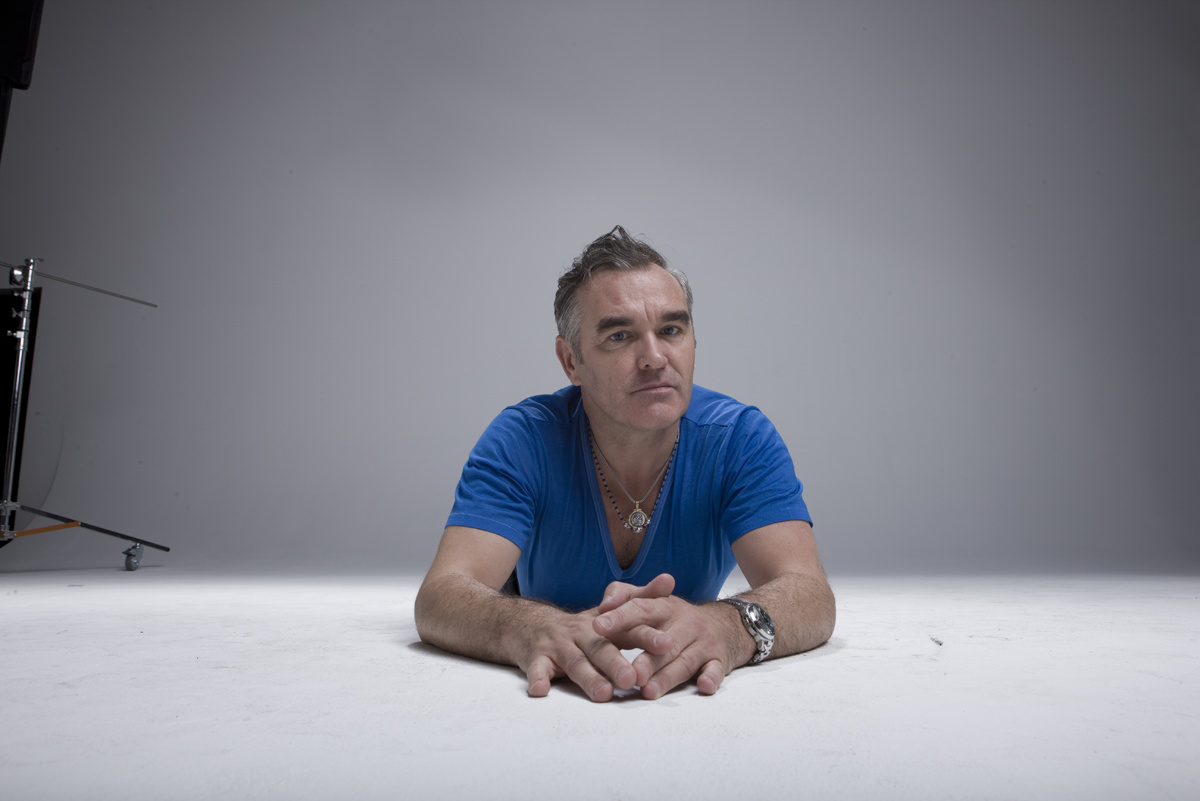 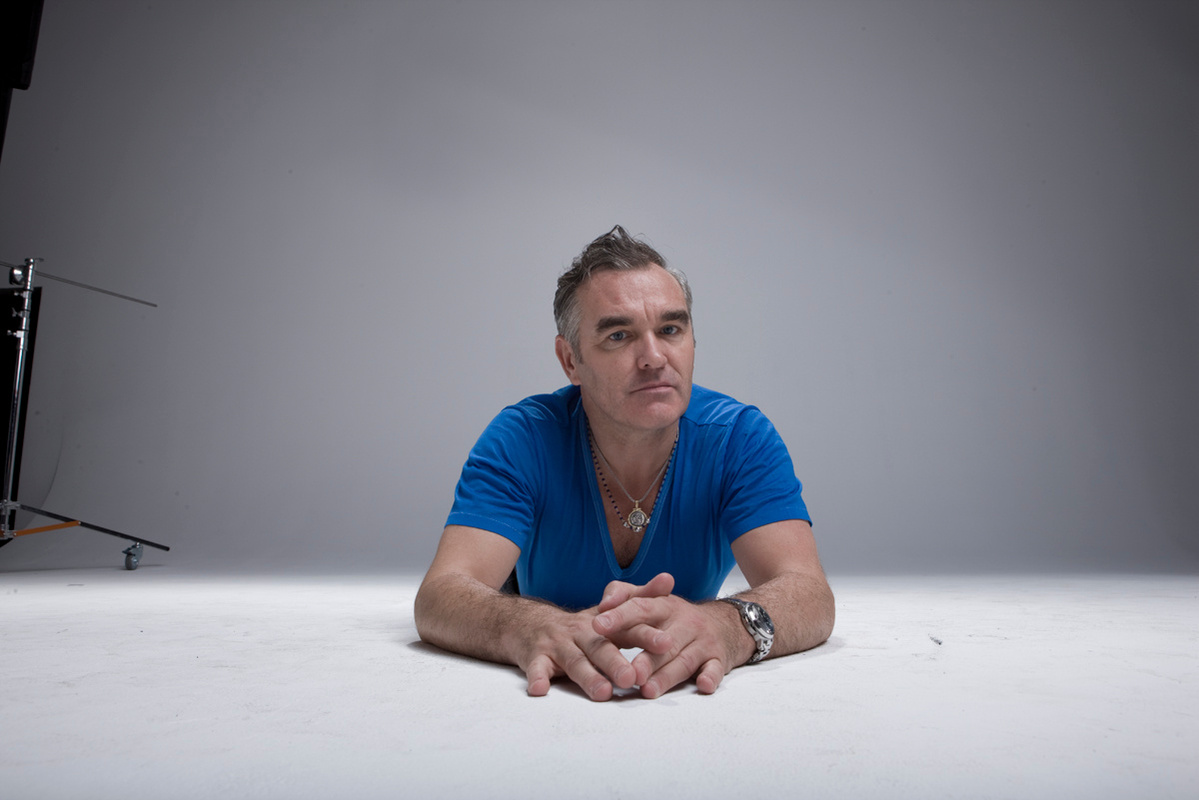 Edit: That picture appears to be by Travis Shinn, from the same session that produced the inner sleeve pictures of Something Is Squeezing My Skull.

Carlisle baz said:
If the worst comes to the worst ...
Morrissey would sing in my local social club .....

After all he just wants to be seen ...
An audience is an audience..
However small ......
My social club looks like the video from spent the day in bed .
A 4 king shithole ... clean but cheap .

And the barmaids look worse than the drag Queen....

He may as well be a patient and sing to us here in the loon bin.
Don't worry, I'm just schizophrenic.

Jacob123 said:
Morrissey: "You can’t help but feel that the Chinese people are a subspecies."

I'm sure he said that in the heat of the moment of learning of more wet market business going on in China. He also made a song about a brave Asian boy, but Asian means middle eastern in the UK. Here in Canada it can mean Chinese, or, the word I wonder about, oriental. The song is called "Asian Rut" I think. So I think his brain gets heated and he blurts, or streams out his thoughts, but then it's said, and out comes the love songs, like America is Not the World. "I love ya. I just wish you'd stay where you is."
"In Estonia, they say, big fat pig. Big fat pig. Big fat pig."
So, I think he's a hothead, with a sharp tongue. Not truly a racist. Does he hate Americans because their bellies are too big? No, but he does sing that their bellies are too big. Deal with it.
"I love you. I love you. I love you."
Does that sound racist?
Don't worry, I'm just schizophrenic.

Ben Budd said:
I can't stand the bloke any more, but I will read such statements to see what he has to say about whatever issue is being discussed. However, along with the lack of paragraphs, I gave up on this statement a third of the way through. How the f*** can anyone read this garbage and think this is the bloke you want to idolise in your spare time? This story is old, but it goes on, etc etc.
Click to expand...

Have you heard his voice though? Have you seen him go though?
Don't worry, I'm just schizophrenic.
D

Maybe I'm being too pessimistic.
B

Light Housework said:
Have you heard his voice though? Have you seen him go though?
Click to expand...

I have heard "I am Not a Dog on a Chain" and, boy, let me tell ya,
"Maybe if I was an anarchist and had a signed copy of Kimono My House or something you'd sleep with me" ​

Dingoatemybabby said:
The Trump analogy is not a good one as he has been accused of many credible instances of pedophilia. Google it.

The Simpsons satire is over the top. that is the realm of cartoons.You can depict crazy things like Quilloughby shooting sausages at his audience. No one would think Morrissey would really do that. Would they?
Click to expand...

Yes, there was teary eyed woman who said Trump raped her at Jeffrey Epstein's mansion, who was shut up by threats to her family. She was just a kid when it happened. 13, I think.
Don't worry, I'm just schizophrenic.

I must pray for you harder.

Fatigued now. I wish I had better words. I wish those of us who care about this strange, battered, soulful man could somehow make a difference to his life.

Although I do see how you could help Nerak, if only . . .
"The population of an entirely planned and controlled world is going to be inexpressibly lonely." - Cardinal Joseph Ratzinger, later Pope Benedict XVI
J

after a completely canceled artist, another knife in the back. and only those without humor can laugh about it. I just still don't understand why the Simpsons would do that, or why someone who is vegan and who was asking for female, black, gay presidents - is part of cancel culture. What's next "meat-eating woke culture"? Seems like when you try to be true to yourself, you have no future anymore...
You must log in or register to reply here.