Has anyone been harrassed for wearing a Morrissey T-shirt in public?

Nope, I get a compliment pretty much every time I go out wearing it 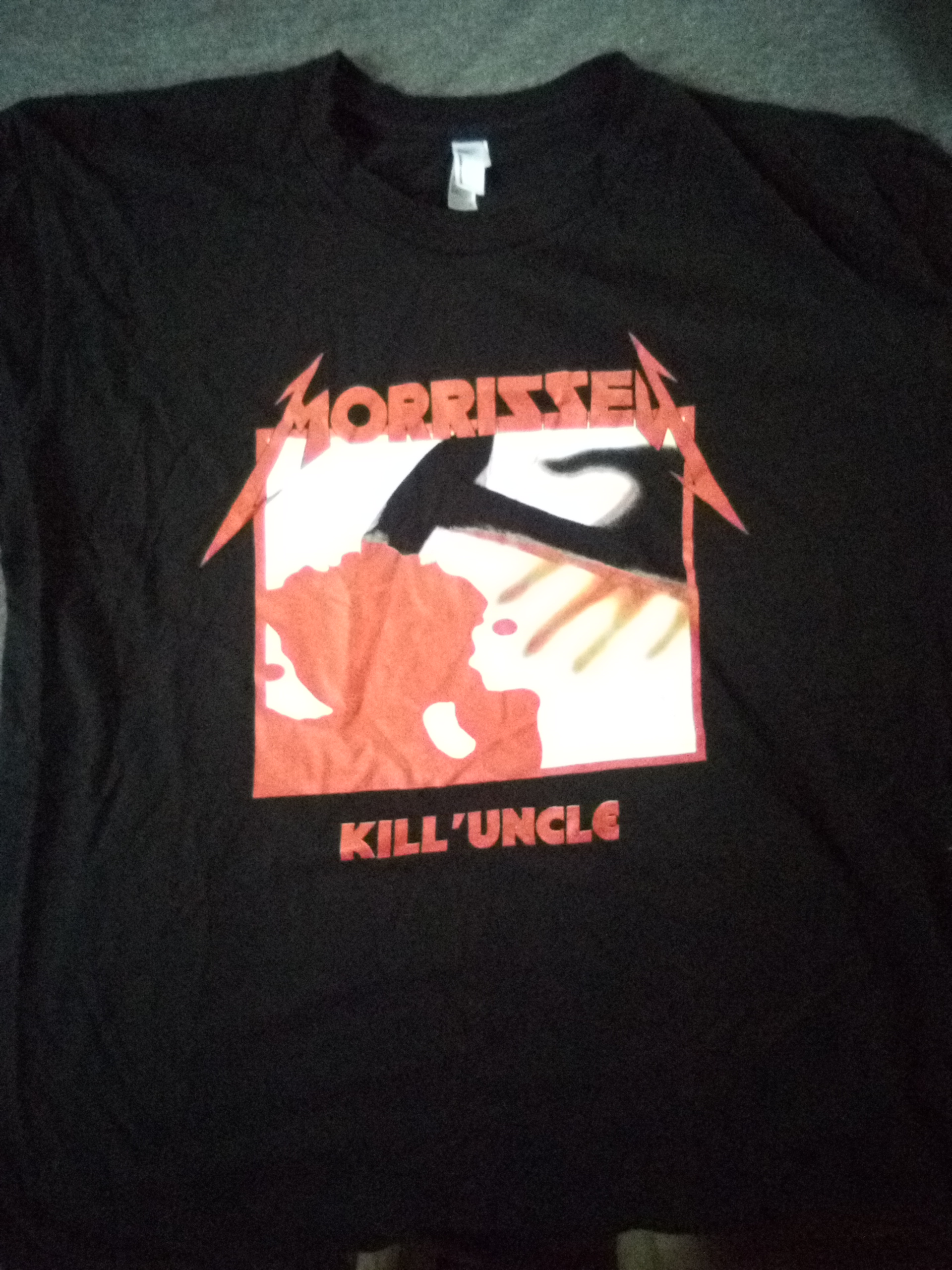 In 1991, when Morrissey was, to me at least, a cult figure, I was wearing my Kill Uncle shirt and this hot, muscular construction worker in Chicago told me "oh, cool shirt". I about fainted. He did not look like what I thought fans looked like.
T

Around Vancouver I have never once been complimented or anything for wearing a Moz shirt.

In 2014 I took my ex-bf to Disneyland and the Moz concert in LA. Walking around Disneyland I was constantly being told "great shirt!"

Even back a few months ago when Moz finally played Vancouver, didnt notice a single shirt except for what was bought at merch.

I'd love for someone to harass me, but Canadians don't care.
M

Well considering no one really knows who he is probably not, but you should be harassed for wearing a Morrissey shirt just cause he's lame.
A

mrkmzo said:
Well considering no one really knows who he is probably not, but you should be harassed for wearing a Morrissey shirt just cause he's lame.
Click to expand...

Troll with both ears amputated at birth alert!!!

I used to be slightly harassed 20 years ago for wearing Morrissey T-shirts when I used to go to punk gigs.
I had a lot of fun with my Morrissey T-Shirt some 20 years ago at an Exploited concert.
Anyway, I used to do it on purpose and I never got punched... it was somehow funny.
T

The Ghost of Eddie Large

Two stories - couple of years ago I was to a gig, a slightly drunk student walked straight up to me, looked at my t-shirt, pointed at Morrissey’s head and said “legend”. I laughed and she walked off.

Last year I was at a work event, was sat next to a nice guy who I don’t really know but I know he’s into music. We chatted about bands etc. He then pointed out my t-shirt and said ‘do you like Morrissey, even now?’. He seemed confused. I said I personally didn’t really have a problem with him, I thought a lot of it is online hysteria. He said ‘but he’s such an awful person’. I said ‘yeah, I dunno... we don’t need to agree on everything’. That was the extent of the issue. It wasn’t even an issue.
A

On two separate occasions I have been physically attacked by members of Antifa for wearing Morrissey shirts in public. I leave them in the closet now.

GodEmperorMorrissey said:
Nope, I get a compliment pretty much every time I go out wearing it
View attachment 55637
Click to expand...

I get this reference

Anonymous said:
On two separate occasions I have been physically attacked by members of Antifa for wearing Morrissey shirts in public. I leave them in the closet now.
Click to expand...

If this is true, this is a very welcome development