I was at the 2nd Hammersmith gig, I bought a ticket after he announced he wouldn’t be touring the UK anymore. The QID encore was fantastic and the pit was mental for a London gig! 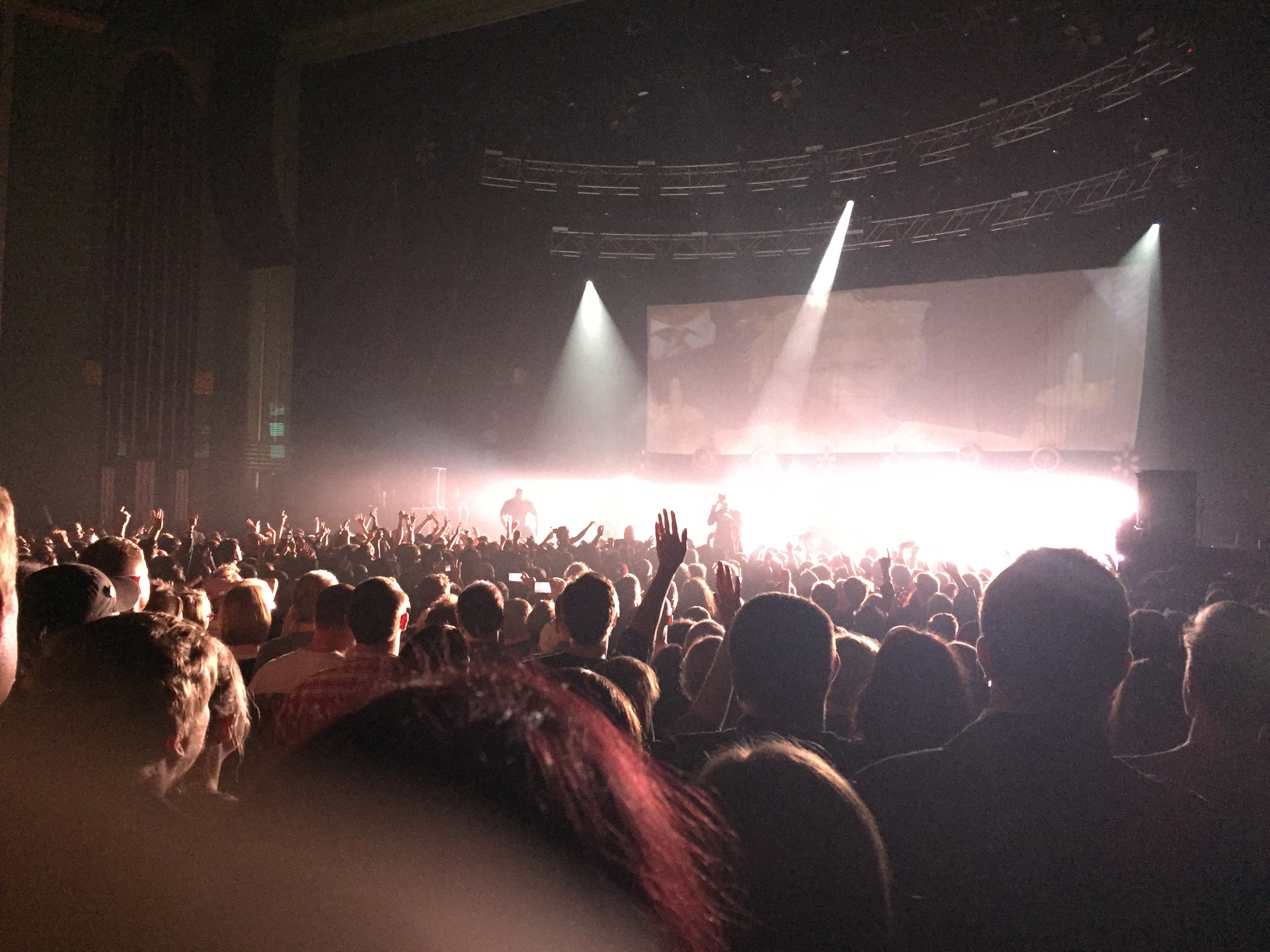 I sound like a twat now. Not my intention.

Yes it was the 95 Boxers tour, which was filmed for the Introducing Morrissey video (which I'm on), I got the year wrong as I mentioned earlier in the thread.

And 09 on Swords. That was a decent night.
Good times seemed so good

I've only ever been to one Morrissey concert. That was in 1991 at Festival Hall in Brisbane. Great gig, but I couldn't see well as I was near the back of the venue. Compared to some others he's done, it was a pretty low key gig. Virtually no dramas. At one point, he picked up a shoe that someone had chucked on the stage and asked "Does this belong to anybody?" before chucking it back. Only one member of the audience got up on stage and hugged him, but he was quickly dragged off by security. Didn't get to see Moz afterwards, but other artists I've seen there like The Sex Pistols, Skunk Anansie, Kim Wilde, Billy Bragg and Blur all met their fans out the side afterwards. Good times. Unfortunately the venue is no longer around after it was turned into a set of luxury apartments about 15 years ago. f***ing yuppies!

I attended between 15 and 20 of his shows since 1991, some were great, some were not, but I still hope the greatest is yet to come.

Unfortunately, I have only seen the great man 8 times in concert, but all have been truly excellent.

But Manchester 2004, Morrissey's 45th birthday gig was definitely one of the best. A very long car journey to get there, but Morrissey was on fine form that night, the DVD doesn't do it justice.

Another memorable show was when I flew into Stockholm on the YoR tour. I great night and I got to spend some time with Mikael, a fellow Smiths/Morrissey collector who is a bloody nice guy.

Then there's the Royal Albert Hall, London for the Swords tour, a re-scheduled date which originally I couldn't attend. Morrissey had collapsed on stage in Swindon a few nights earlier and this was the first night back after a couple cancelled shows. I was so relieved when he appeared on stage.
Has the world changed or have I changed
A

D Felton said:
Of course Janice
I assume you were also at the Sex Pistols gig at the Free Trade Hall and Smiths first ever show at the Ritz

Unfortunately not, D Felton. Unfortunately not.
I did see the SP in later years, I believe former footballer Stuart Pearce was just over my left shoulder enjoying himself.
C

Me and my wife done the five Scottish gigs on that tour and they were absolutely fantastic,my own personal choice would be Great Yarmouth as I had the opportunity to take the mike from Morrissey and spoke to him while looking in his eyes ,I was so so lucky.
V

crotty32 said:
Me and my wife done the five Scottish gigs on that tour and they were absolutely fantastic,my own personal choice would be Great Yarmouth as I had the opportunity to take the mike from Morrissey and spoke to him while looking in his eyes ,I was so so lucky.
Click to expand...

Yeah,when we got the tickets I looked instantly for local to the gigs hotels and b&bs,booked them and I planned it like a military operation

.Every thing went well,it was a unforgettable week.
S

I’ve been to quite a few, but would have to rank Manchester in May 2004 highest, closely followed by the first Morrissey gig I went to; Liverpool Royal Court in 1999.
N

Why don't we have a new thread for every single Morrissey appearance ever performed? That would give us lots of things to talk about for ages, and it'd be the perfect opportunity for each of us, from our multiple perspectives, to post our thoughts about things that have happened.

Morrissey A-Z: "There's a Place in Hell for Me and My Friends"
2

Smiths/Moz boot needs (but have many to share in return!)
2 3