A former American general blamed "open homosexuality" in the Dutch army for the failure to prevent the Srebrenica massacre in 1995.

The Dutch government condemned the comments by Gen John Sheehan, a former Nato commander and senior marine officer, as outrageous.

Gen Sheehan made the remarks at a Senate hearing where he argued against plans by President Barack Obama to end a ban on allowing gays to serve openly in the US military.

Gen Sheehan said that after the end of the Cold War, European militaries changed and concluded "there was no longer a need for an active combat capability."

He said this process included "open homosexuality" which resulted in "a focus on peacekeeping operations because they did not believe the Germans were going to attack again or the Soviets were coming back."

"The case in point that I'm referring to is when the Dutch were required to defend Srebrenica against the Serbs," he said, referring to the UN peacekeeping force deployed to protect Bosnian Muslim civilians.

"The battalion was understrength, poorly led, and the Serbs came into town, handcuffed the soldiers to the telephone polls, marched the Muslims off and executed them."

Carl Levin, the chairman of the Senate Armed Services Committee, pressed him to clarify his comments.

"Did the Dutch leaders tell you it (the fall of Srebrenica) was because there were gay soldiers there?" asked an incredulous Levin.

"Yes," Sheehan said and added: "They included that as part of the problem."

Gen Sheehan, who retired from the military in 1997, said he had been told that by the former chief of staff of the Dutch army.

Mr Levin vehemently rejected Sheehan's allegation, saying that drawing a connection between the massacre at Srebrenica and gays in the Dutch military was "totally off-target".

The failure of the Dutch UN troops to fend off an attack by Bosnian Serb forces had "nothing to do with sexual orientation" but was related to "their training and the rules of engagement," Mr Levin said.

"It is astonishing that a man of his stature can utter such complete nonsense," said Roger van de Wetering, the Dutch defence ministry spokesman. "I have never heard of a single statement by a Dutch political or military leader that drew a link between the fall of the enclave and the fact that there were Dutch homosexual soldiers."

Nearly 8,000 Bosnian Muslim men and boys were killed after Serb forces captured the eastern town on July 11 1995, in the worst massacre in Europe since World War II.

Thursday's hearing included testimony from both sides of the debate over the law known as "Don't Ask, Don't Tell," which requires gay service members to keep quiet about their sexual orientation or face expulsion from the military.

Two former US officers who were discharged under the 1993 law appealed to lawmakers to repeal the ban, saying it was preventing qualified Americans from serving the country.

Former air force officer Michael Almy said he had kept his homosexuality secret for years but was forced out after a commander ordered a search of his emails written to friends and family.

"'Don't ask, don't tell' failed me, despite the fact that I upheld my end of this law by never disclosing my private life," Almy said.

He said he believed a younger generation in the military was ready to accept openly gay members in the armed forces.

After his dismissal, when he asked former troops to write letters of reference for him, "it was a complete non-issue for my troops," Almy said.

"The young men and women that are coming into the military today, fresh out of high school or college, have grown up with gay and lesbian characters on TV ... know gays and lesbians in their schools, in their communities, on their sports teams and most assuredly in their military."

Here we go again. Something bad happens and everyone blames the gay Dutch soldiers. Will they ever be able to live in peace?! 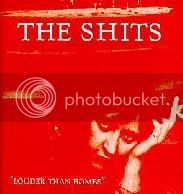 "Have you left... no sense of decency?"
You must log in or register to reply here.