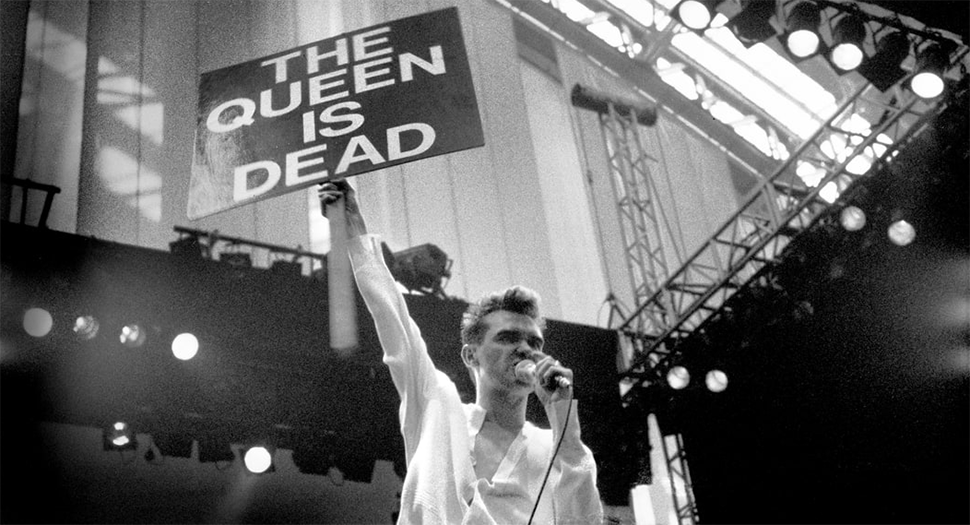 On 16th June 1986, The Smiths would release their near faultless third album, The Queen Is Dead, which, for Morrissey, Johnny Marr, Andy Rourke and Mike Joyce, would confirm themselves as being the most important voices of a generation. Now, 35 years later, the album still pulses with the same power and the stories behind the songs all the more important.

The album is widely considered to be The Smiths finest work out of the four records that they made during their time together and encapsulates everything that was great about them. Morrissey’s dark lyricism was juxtaposed alongside Johnny Marr’s sunny guitars, allowing the duality of modern living to come to the fore. The record would become the perfect soundtrack to the 1980s.

It was released 35 years ago today...

A collation of comments track-by-track .
Happy 35th The Queen Is Dead.
Regards,
FWD.

Young And Alive said:
Isn't this the case with any artist who made their name when they were young?

When McCartney dies, it's The Beatles he'll be remembered for, not Wings or his solo records.

When Springsteen goes, the radio will play Born to Run, not anything he's put out in the last 20 years.

In Morrissey's case, you could actually argue that songs such as "Suedehead", "Everyday Is Like Sunday" and even 21st century offerings such as "First of the Gang to Die" come to mind when people think of his voice just as often as anything he recorded as part of The Smiths.
Click to expand...

You could
In the UK , I would really only say the toss up would be between Smiths and Suedehead MAYBE Irish blood English Heart ,
It will never be First of the gang ( i know you were talking about era as apposed to actual songs)

The brits dont seem that impressed with the Mexian fan base. in fact i know loads who hate it he went that way , which is now tagged as a fertile market of also of interest with Noel and Liam G. - both been seen with Mexico on items to say " hey we are like you " give us your money

Its been said on here a few times. The Mexican fan base actually killed him to a degree, artistically HIs word play went down hill right at the time he actively chased that base.

A real shame.
He would never have got Jesse if it were not for that market either.

Still, I agree . Morrissey has done what many many artists only dream of , he is an icon for the ages ,not just the 80s
B

Banbury Moz Army said:
Still has the best intro of any album ever, along with "Atrocity Exhibition" by Joy Division. Both drum intros will stay with me till the cold cold grave. Viva ice cream.
Click to expand...

Agree with both of those
You must log in or register to reply here.