Official word on Houston from Charlie via email:
White Oak Music Hall has been postponed to Fri. Dec. 16.

Dallas moved to Dec. 14 according to AXS:

Also, an email from the Majestic Theatre:

The Nov. 17 show in San Antonio at the Tobin Center for the Performing Arts has been moved to the Majestic Theatre on Saturday, December 17. Tickets will go on sale Wednesday, November 30 at 10 a.m.

Fans who purchased tickets for the postponed show on November 17 will receive access to a presale offer from the Tobin Center via email on Tuesday, November 29th at 8 a.m.

Link from an anonymous person:

All tickets bought for original dates will be honored at the re-scheduled dates. 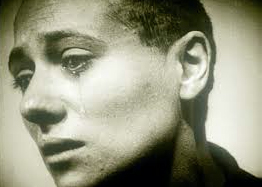 So TTY says all tickets will be honored but weren't many of us given refunds? I had great seats so I'm hoping my original tix are honored.
A

so does anyone have the Dallas presale code???? please!!

I just hope he reschedules the Boulder show, I was so anxious for that show!

Just wondering if anybody was able to get Pit tickets during the "Surprise" Dallas pre sale or sale yesterday?
[SIGPIC][/SIGPIC]
December 2, 2009, Oakland, California
A

sweetness522 said:
Just wondering if anybody was able to get Pit tickets during the "Surprise" Dallas pre sale or sale yesterday?
Click to expand...

What would be the section for a pit ticket? I have some close to stage.

Any information on the Oakland concert? There are a few in the know that visit this site, please post any info.

The pit is seated.

You can't find a replacement musician for a few shows. what's up with that?

Anonymous said:
You can't find a replacement musician for a few shows. what's up with that?
Click to expand...

He didn't search.
"I love you Moz!" So when did you last see your psychiatrist, hmm?
"Yesterday. She said it was okay. She loves you too oo."
A

sweetness522 said:
The pit is seated.
Click to expand...

Any idea on which seats are closest to stage? Will everyone in the pit be up close enough to maybe cop a feel?
A

Anonymous said:
Any idea on which seats are closest to stage? Will everyone in the pit be up close enough to maybe cop a feel?
Click to expand...

But what a about Oakland NYE? I would love to spend NYE with Morrissey, he should have a NYE party after too.

Does anyone know the pre-sale code for San Antonio? Thanks.
A

Anonymous said:
Does anyone know the pre-sale code for San Antonio? Thanks.
Click to expand...

It is cold season up north so if you are under the weather and going to see Morrissey please don't sit in front or shake his hand. We need him healthy by the time he is passed down to us. I am going to Dallas show and incurring a bit of travel and not very fond of Texas, so NOLO CANCELO
A

I was not able to get anything better than row "H" - meaning row 8 - at pre-sale or public sale for San Antonio. How did the rest of you guys do? Thanks.
You must log in or register to reply here.