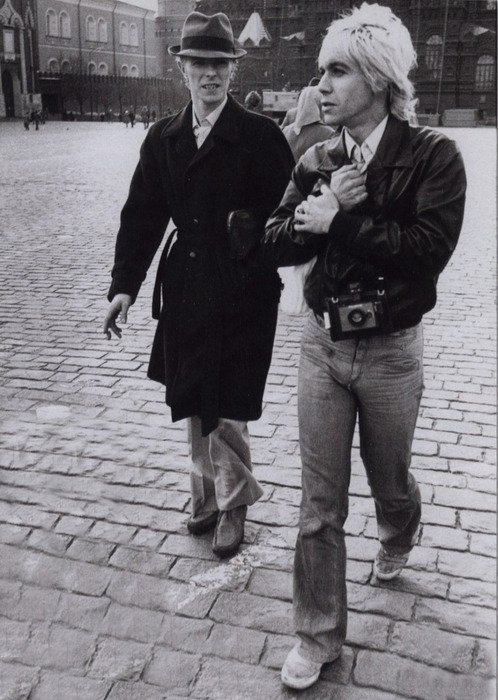 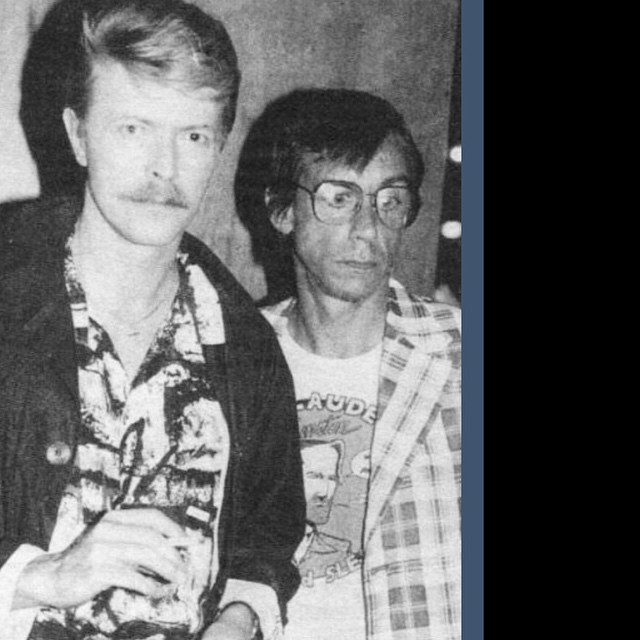 Bowie in Berlin: 'He drove round the car park at 70mph screaming that he wanted to end it all'

David Bowie moved to Berlin in the mid-70s in the grip of a cocaine addiction. But the city purged his demons and pushed him to new creative heights. Rory MacLean remembers their nights in his Hauptstraße flat – and one wild night out with Iggy
​

Oh man, and I was just posting about having to shield my eyes, in the other thread. Iggy and his lifelong affair with his....err... jeans.

I am going to click on this later, when I'm not on my phone!
T

A scanty bit of thing said:
Oh man, and I was just posting about having to shield my eyes, in the other thread. Iggy and his lifelong affair with his....err... jeans.

I am going to click on this later, when I'm not on my phone!
Click to expand...

Here are some good stories about Iggy and DB and Kraftwerk when you have time and are bored or meed to pretend you are busy.
David Bowie, Iggy Pop, Madonna & Asparagus: Kraftwerk In 1976

Iggy Pop was Bowie’s travelling companion during the 1976 tour, and the two would tour again in early 1977, this time with Bowie playing piano in Iggy’s band: ‘I went shopping once for asparagus with Florian Schneider! I met the two of them, and he suggested, ‘If you like, it is the asparagus season and I am going to the market to select some asparagus, would you like to come along, and I said, ‘Yes, I would. We had a very nice time doing that!’​
‘I like them as people very much, Florian in particular. Very dry,’ said Bowie in 1978. ‘When I go to Düsseldorf they take me to cake shops, and we have huge pastries. ​
T

2. Nightclubbing
Despite their narcotic proclivities, David Bowie and Iggy Pop were good for each other. Their counterintuitive logic led them to try to clean up their lifestyles by moving from LA to Berlin, the heroin capital of the world, but they showed a surprising degree of restraint while living there (for a while anyway). The 18 months they spent together would turn out to be the most productive period of both their lives. Iggy managed to release two albums in 1977, the first of which – The Idiot, named after the Dostoevsky novel – was a far cry from the Stooges. Minimalist, electronic and experimental, it was recorded at the famous Château d’Hérouville in Val d’Oise, before being finished off in Munich and Berlin. The recording techniques of the pair were said to be unorthodox and eccentric. In his Iggy biography Open Up and Bleed, Paul Trynka writes that drummer Michel Santangeli was packed off back to Brittany before he’d even realised they’d started recording, while guitarist Phil Palmer was asked to imagine and replicate the sounds one might encounter walking past the clubs of Wardour Street. Nightclubbing throbs with the sleazy ambience of an underground Kreuzberg club, though with the persistent disco thud slowed down to create the kind of disorientating effect one might experience while heavily sedated. “We recorded the song with a lousy drum machine,” Pop recalled later. “Bowie kept saying, ‘But we gotta call back the drummer, you’re not gonna have that freaky sound on the tape!’ And I replied, ‘Hey, no way, it kicks ass, it’s better than a drummer.’”
You must log in or register to reply here.
Similar threads
Cosmic Dancer and the real story of the Morrissey vs Bowie debacle - stevepafford.com
Sat May 18th - David Bowie special at How Does It Feel To Be Loved? in London
David Bowie
Discussion on Morrissey on David Bowie FB group
When Morrissey met Marr: the story of The Smiths' formation - stevepafford.com
Sat April 21st - HDIF's 16th birthday and David Bowie/"Aladdin Sane" special in London
Live from New York… it's Saturday night! with David Bowie & Klaus Nomi
Morrissey on Politics, David Bowie, What His Fans Taught Him - interview in Rolling Stone
Gillian Anderson as David Bowie
David Bowie live "Accidentally Unplugged" soundboard
Share:
Facebook Twitter Email Link
Top Bottom