Moderator
Information culled from Dale's YT channel.
This may not interest some, but extremely good to hear the early version sections. 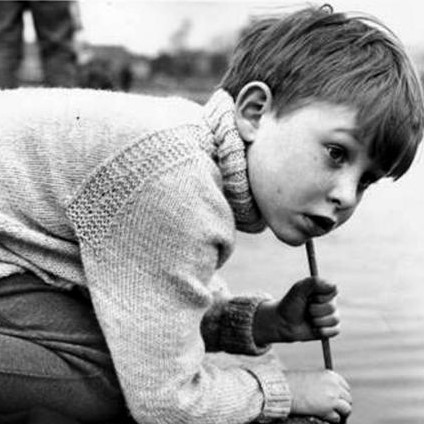 "Laughter" track from Suffer.
So, this was the laughter track which ran over the ending of Suffer.
I have no idea who the girl is. It wasn't Linder, it was a girl Stephen turned up with.
She left after the part was recorded.
Stick your headphones on, turn out the lights, and you will almost recreate the atmosphere in the studio.
She asked for the control room and studio lights to be turned off, I'm guessing it was hard enough, without looking at a bunch of young men through the glass.
Listening retrospectively, she did a bloody good job of it.

Suffer Names.
This formed part of the original demo, the names of the missing children.
It's one of a series of isolated vox from the Decibelle demo.

Suffer Outro @ Decibelle.
Outro of "Suffer" recorded at decibelle studios, Manchester.
I will slowly upload the Decibelle demo, isolated vox tracks and cassette recordings, subscribe to keep updated.
For those interested, the piano was recorded in Bowden onto cassette, then mixed with a cassette Stephen had.
He recorded it on a portable, outside a local primary school during play time.
Its the noise of a Trafford school.

Above text from Dale's YT (link via belowtheparapet).

The 4 clips as MP3s and I added the original Decibel/le demo version MP3 for comparison too (well, the one that surfaced at least - it's possibly an edit).

Enjoy:
https://www.sendspace.com/file/ui17a7
Huge thanks to Dale for sharing these.

THIRD UPDATE: 3rd Jan., 2019:
Dale added the Hofner & Gretsch parts of Suffer Little Children.
He added in the description:
There are two overlaid Gretsch tracks, in the original demo, panned slightly left and right. This is the combined guitar track.
If there is any interest I can post the two individual guitar tracks.
Johnny played my bass on this one.
https://www.sendspace.com/file/j6e4p6

FOURTH UPDATE: 4th Jan., 2019:
Dale added the full Suffer Little Children Decibelle Demo.
He added in the description:
The first demo recording made by The Smiths at Decibelle Studios, Beehive Mills. The recording was made on a summers night in 1982.
https://www.sendspace.com/file/6agf6q

FIFTH UPDATE: 4th Jan., 2019:
Dale added the full Suffer Little Children Morrissey vocal track.
He added in the description:
Not as isolated as Cradle, it has to be born in mind that we were working with 8 tracks only, drums would have already been mixed down to stereo (2 tracks), there were two overlaid guitars (which have their own tracks), bass, vox and effects.
This isn't about quality of recording, it is a documentation of a time when 3 kids were in a band, and spent a night in a studio.
It survives for the curious, I highly recommend sticking it on headphones, sit in darkness, and transport yourself back to Decibelle xx
From memory, Johnny played this (bass) alongside Stephen, I was in the control room.
I think the vox mic picked up the bass, it was a semi acoustic bass.
The recording of the bass on this track sounds un-electified, when compared to the isolated bass track, which was D.I.'d.
https://www.sendspace.com/file/7irlcc

Thansk for this. I hadn't seem that he was releasing stuff. Following the rabbit hole that is YouTube, I see he commented elsewhere that the demos will be released, and that "it's about time they were set free."

thank you
i shot and uploaded this show http://forums.morrissey-solo.com/showthread.php?t=76602&highlight=las+vegas+drifter

This will be entered into my Smith's rarities....thanks fwd for posting

Thanks for taking the time to rip these FWD.

ty
"If I knew where good songs came from I'd go there more often." Leonard Cohen
"I’ve always held the song in high regard because songs have got me through so many sinks of dishes..." Leonard Cohen

He's posting again.
Suffer guitar and bass track up.
"all the people I like are those that are dead"

(These will have static links when Dale has finished posting).
"You don't know what you don't know... "

Thank you Dale and FWD for collecting them.
"all the people I like are those that are dead"
A

Looks like the full demos have been taken down, just the misc. instrumental parts remain. Wonder if he still plans to release I want a boy for my birthday at the end of the year or if he got shut down by the powers that be.

Serious question, who would own the copyright of that recording? I mean, it's a cover song and no record label ever released that version. So is it open game for him since he performed on the recording?
A

and two stems from this thread

Does anybody still have these?