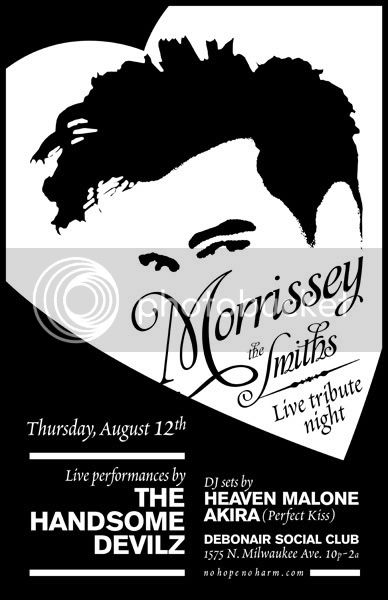 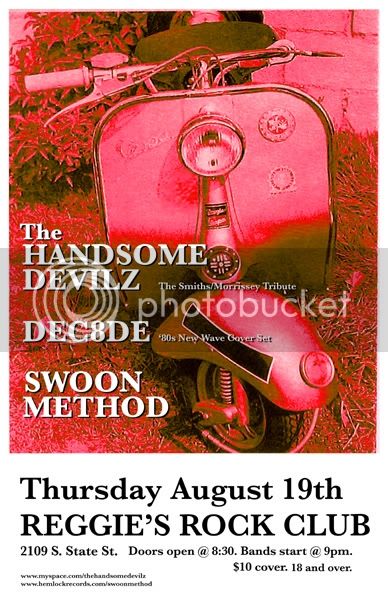 The Queen is Dead featuring The Handsome Devilz

The Devilz are doing a pure Smiths set in mourning/memory of the Smiths break up from August, 1987.

Devilz are bringing it back to the south side where it all began!

Reggie's may become the new home for "The Queen is Dead"! (monthly tribute show)

They'll be doing Morrissey songs off albums like Vauxhall and I, Bona Drag, Years of Refusal, You are the Quarry and Smiths songs off albums such as Queen is Dead, Louder than Bombs, Hatful of Hollow and Strangeways Here we Come!

The Devilz are back at The Abbey Pub on September 4th!
hot flyer A Saturday night show at The Abbey with Mr. Gray opening (doing original material), followed by the Handsome Devilz (Morrissey/Smiths Tribute) and closing the night is Kid A doing a tribute to Radiohead.

Tomorrow... will it really come? 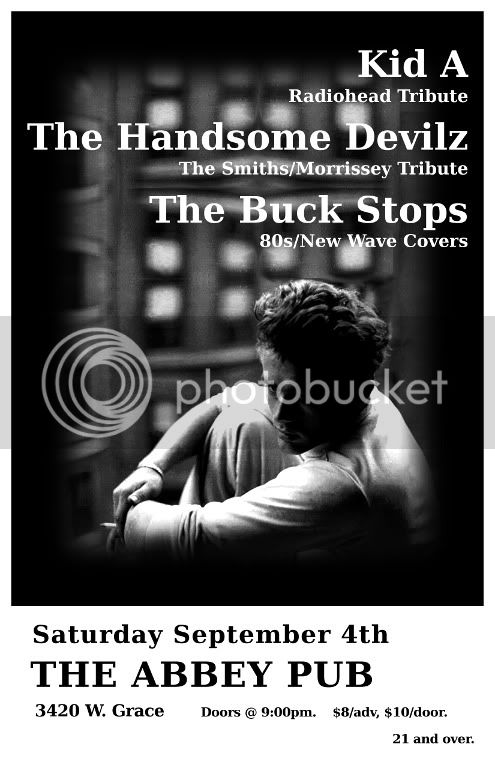 Martyrs is a great, small, quaint local venue. Fab place to see any show (Imelda May rocked the joint on my bday last year )
This is the Devilz first show here & hopefully not the last! November spawned a monster of a show!
The Handsome Devilz are doing their thing, joined by Who's This Mary? (The Cure tribute) and Dec8de (Duran Duran tribute)!
with DJs Mike Mischen and Arturo - Queen is Dead "Usual Suspects"