In one the main brazilian sites an article and a podcast discusses "canceled" artists. "G1 discusses how the monitoring and the need to show off from artists' errors is something that always existed. Simonal (a brazilian artist), [Richard] Wagner and Lennon are in the list". Morrissey is one of the artists. 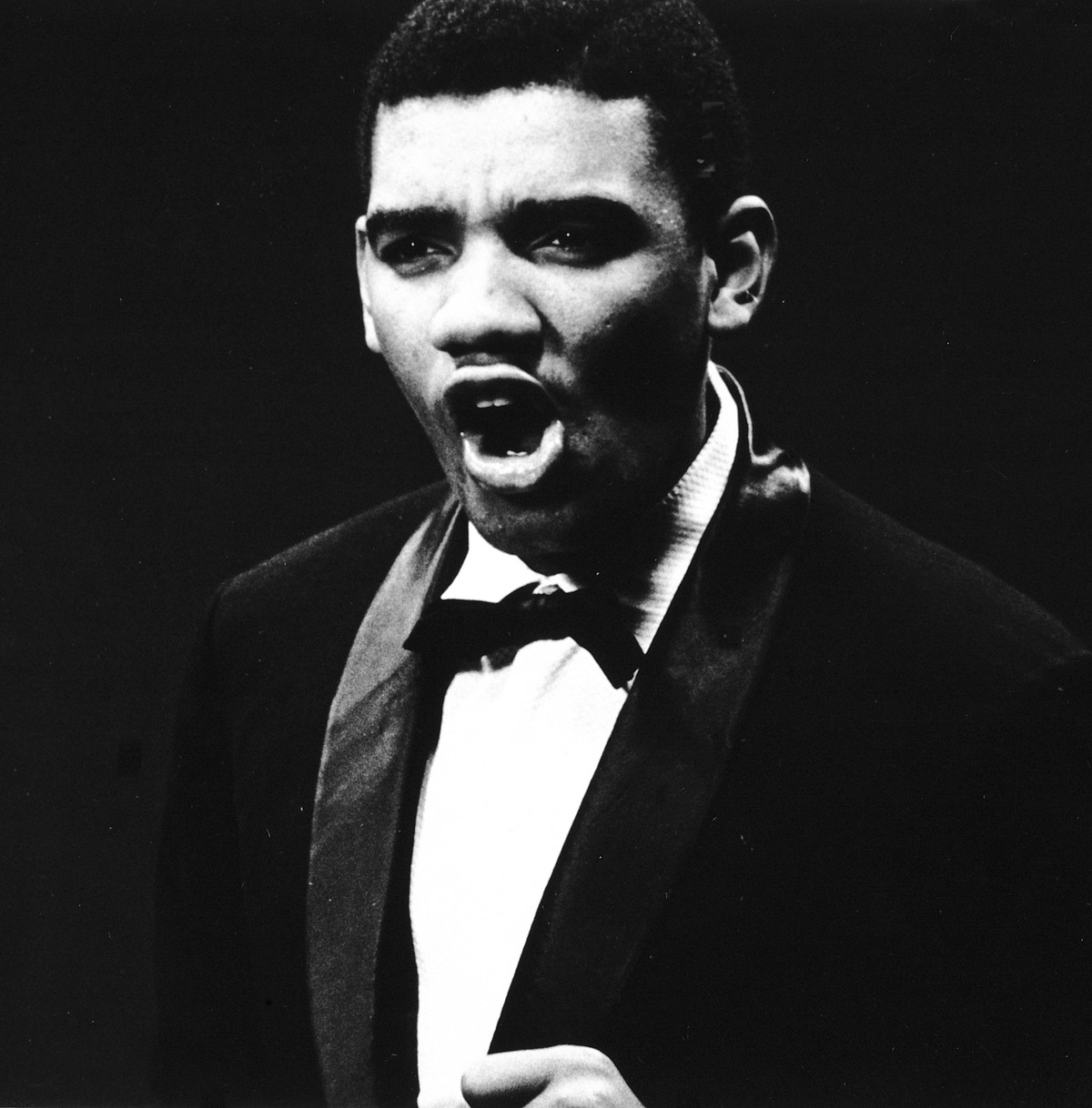 Five artists who were 'canceled' before the term cancellation exists

G1 explains how patrolling and the need to show off from the mistakes of artists are things that have always existed. Simonal, Wagner and Lennon are on the list.
By Braulio Lorentz and Rodrigo Ortega, G1

In the music world, there are many cases of cancellation, which happened even before this term existed.

The G1 heard , the music podcast G1 , enter this debate on the "era of the cancellation," these times when some people stop listening to an artist that he or she has said or done something.

Would we have so many artists being canceled almost every day, if there were no Twitter, Instagram and Facebook? Who can be considered the first canceled artist in Brazil? And in the world?


Michael Jackson, who died in 2009, was canceled by many people. The decision to stop listening to the songs of the King of Pop was made after the documentary "Leaving Neverland".

The production directed by Dan Reed has testimonials from two men who say they suffered sexual abuse from the singer when they were children. Wade Robson and James Safechuck say the crimes were about 20 years ago.


When talking about the beginnings of cancellation in pop music in Brazil, the most obvious name is that of Wilson Simonal. He was the King of Pilantragem, the King of Swing. The singer from Rio de Janeiro was very successful in the 60s and 70s singing songs full of sambalanço like "Nem Vem Que Não Tem".

But Simonal, who died in June 2000 at the age of 62, was also convicted in 1974 of kidnapping and extortion. A detective from the Department of Political and Social Order, Dops, said Simonal was a police informant.

Ricardo Alexandre, author of the biography “Neither comes without: The life and poison of Wilson Simonal” was straightforward in answering the question: Is Simonal the first case of a canceled Brazilian artist?

"I think so, right, although the concept of cancellation did not exist in 1971. There was what was called a patrol, right? Ideological patrol over an artist," says the journalist.

"He certainly considered himself above any political discussion, any polarization that existed in Brazil at that time and decided to flirt with the political police at the time."

According to Ricardo, there are several versions for this case. "As someone who researched his story, I always repeat that the crucial point of Simonal's case lies in the field of intentions, so it is very difficult to reach a verdict, but what you can say with certainty is that he flirted with some measure with Dops cops, because they thought they were above that. "

The writer recalls that the singer case was "wide open". "He lent his car to the police to go to his accountant's house. He made no point of hiding what he was doing. In fact, he did it to send a certain message to the disaffected, businessmen, people who were in his professional path ".

For Ricardo Alexanre, Simonal was forever impressed by being seen as an artist aligned with the dictatorship, of being "a tough guy in the military regime".

"You can say that this culture of canceling saying no, I refuse regardless of the talent of this artist to consume listening, or to consider his production because of what he did, he said, without a doubt, it is a case very close to what happened to Simonal. "
Click to expand...

Ricardo adds that another classic case of cancellation before the word was used happened to John Lennon and the Beatles.
"It's that story in the United States that he said the Beatles were more popular than Jesus Christ," he recalls. "It happened in 1966, in an interview in England talking about the decline of religion among young people."

In the United States, the phrase was interpreted as if he had said it would be better than Jesus. Lennon even tried to explain that it was a more abstract comparison, that he wasn't saying he was better than Jesus, but the damage was done:

"Big Beatles bonfires were created, records were destroyed, burned. But due to the precariousness of the information, it was something that was restricted to the religious belts of the United States, in the South, and did not leak."

Cases like Lennon and Simonal's would have been quite different in times of cancellation and social media. "They were created to be vehicles of exhibitionism. The reality is that a case like John Lennon's happened today, it was a big deal for me to show the world how devoted to Jesus I am."

"The culture of cancellation does not necessarily have to do with the artist. It has to do with my need to show off from the artist's error," says the journalist.

Another case that provokes a discussion similar to these happened in the 19th century. Richard Wagner is a German pianist who lived between 1813 and 1883. He was also a composer, conductor and theater director, always very influential.

Arthur Dapieve, journalist and commentator on Globo News' "Estudio i" program, explains Wagner's case to G1 : "He's a character who has always been very complex, because he's a genius, but at the same time, about any parameter you look he is a very complicated person not to say repulsive. "

"He was anti-Semitic, misogynist, he was an egotist, he manipulated the people around him. He did financial frauds. However, his music, even when it somehow reflects a point of view about these issues that I mentioned ... his music it's magnificent. "

"Wagner always left this question: we need to like the person too, can't we just like the music?", Asks Dapieve.

The journalist says that Wagner's operas are not assembled in Israel until today. "I was in Tel Aviv once and asked a director if she would like to ride."

He recalls that she said she would love to ride, but as it depends on state funding, she would never be able to ride because of the stigma. "At the time of the social network, he would be canceled, processed and I don't know what else. But it raises this question very well: his music is still being heard."

Dapieve also said something very interesting about how this binary world we live in helps to explain the culture of cancellation:

"The basis of digital culture, programming itself, is all zero or one. Things are binary. And social networks are very binary: the very symbols that are given to us to like, dislike, approve, not approve. They tend to be binary. Or this or that. And life is sometimes this and that at the same time. "

He says that there is a "herd spirit", an urge to cancel a certain artist for saying something different than expected. "Someone you like will always say something that you don't agree with. We tend to confirm what we already think, and not just in relation to the artists. There is this need, this lack in social networks."

For Dapieve, today it is natural to end up charging that artists are perfect. And it deprives the music fan of being able to hear the good things he or she does.

"A contemporary character who is canceled and unsubscribed and resubscribed depending on his statement is Morrissey, right?", Recalls the journalist. But the reverse also happens: "You can even sympathize with the person, like his life, and dislike the work. It has always been like that."

"I think that if you like an artist, you really do, and something about him comes out of the curve you created in your own head, I think it's worth the effort to try to put it in perspective, to understand that people are complex."
Click to expand...

To close, Ricardo Alexandre talks about a trend that has nothing to do with old cancellations, but with the fear of being canceled:

"The artist who keeps on limiting himself is producing custom art for the expectations of this social media society ... he is not an artist, he is a jingle producer." The journalist quotes a phrase by British artist Banksy: "Art is art only if it has the potential to be a disaster".


"I think the reasoning of 'no, this festival does not step on an artist who says that or on this program a guy who behaves like this or has a baked music or that mentions Monteiro Lobato ...' Man, this is a way to transform art into production to order. Art needs to be much wilder, more instinctive than that. "
Click to expand...

S
Who do you prefer - The Smiths or Morrissey as a solo artist?

"The Poet of Social Distancing" article about A.E. Housman (and Wilde, and Morrissey)