Toronto – Below, please find a statement from PETA President Ingrid Newkirk in response to the announcement that Canada Goose will be fur-free by the end of 2022:

PETA and its affiliates are suspending their international campaigns against Canada Goose today, after years of eye-catching protests, hard-hitting exposés, celebrity actions, and legal battles, as the company has finally conceded and will stop using fur – sparing sensitive, intelligent, coyotes from being caught and killed in barbaric steel traps. PETA will now re-engage the company to push for an end to its use of feathers, which geese and ducks continue to suffer for.
For more information, please visit PETA.org.

As I tour Canada this spring, I’m writing to urge Canada Goose to act more like its namesake (e.g., smart, brave, and willing to fly off in a new direction) by making the bold ethical choice to remove coyote fur and down feathers from its parkas.

Canada Goose has almost singlehandedly revived the cruel trapping industry, in which animals can suffer for days and try to gnaw off their ensnared limbs before the trapper eventually returns to bludgeon them to death. No hood adornment is worth that. Geese raised for down at Canada Goose’s featured supplier were trampled, suffocated, and crammed into tiny transport cages for a miserable trip to the slaughterhouse before they were hung upside down and their throats were slit so that their feathers can be stuffed into (and poke out of) jackets.

That strip of coyote fur isn’t keeping anyone warm, and there are plenty of superior insulators composed of everything from biodegradable fleece to coconut husks. That’s why other outerwear makers, including For All Kind, Save the Duck, and HoodLamb, have already dispensed with fur and down for their products.

I’d be the first to celebrate a cruelty-free Canada Goose coat by wearing one proudly. Until then, PETA and I will be collecting signatures during my Canadian tour calling for Canada Goose to stop killing animals for coats.

If you can't stand cold temperatures without using animals in your clothes move to another place. There's no need to torture and kill animals for selfish reasons. I mostly blame the buyers. Without market there aren't exploiting companies.
Last edited: Jun 27, 2021

Subscriber
PETA are uninformed nutjobs. You can be against cruelty to animals, which clearly is the right thing to be, without being affiliated with these cretins
Last edited: Jun 27, 2021
V

Uncleskinny said:
PETA are uninformed nutjobs. You can be against cruelty to animals, which clealy is the right thing to be, without being affiliated with these cretins
Click to expand...

They occasionally do OTT pr stunts - most of the things said against them are astroturfing by industries that use animals.

"A bond of trust has been abused." - Morrissey

Nerak said:
No, they're not.

They occasionally do OTT pr stunts - most of the things said against them are astroturfing by industries that use animals.
Click to expand...

I appreciate PETA making people aware that the suffering of animals matters. I criticize how a phone call I made to them was handled though. Some bimbo couldn't have cared less, when I called to complain about some dog torture that was masked as dog rescue, on YouTube. I stopped donating to them because she didn't give a damn.
Don't worry, I'm just schizophrenic.

Now maybe there'll be a show outside Moz Angeles or Moz Vegas!
V

Is Morrissey a fan of peta ??? He is promoting them to much. This organisation is only after people's money. There are rumours that they kill healthy animals in their shelters ..!!!
A

It’s funny how your first post on this thread is to uncle skinny ...

But nothing at all about the brutal images above......

You really are a fake vegan.... Eva Hofman is a 21-year old Dutch journalist and student of Slavic studies with a focus on Russian language and culture. In order to learn more about...

www.rbth.com
Stfu morrissey. The coats are so expensive, few people can afford to buy them. You want to stir the shit focus on other countries like Russia. Eat your f***n greens.
M

What a complete load of bobbins.. skinny is regarded as a retard... We all have know this for a while..my sincere apologies to people who have there own train of thought.

Maybe you should begin a thread about peta so you don't move the discussion out of the biggest issue. The thing here is these people are torturing and killing wonderful creatures that desire and deserve to live.

all for an overpriced jacket that i wouldnt wear even if you paid me.scum,sub-human scum.
rip roaring,free scoring,never boring,glasgow celtic.

countthree said:
Maybe you should begin a thread about peta so you don't move the discussion out of the biggest issue. The thing here is these people are torturing and killing wonderful creatures that desire and deserve to live.
Click to expand...

Nah, Skinny only starts threads that are pro-Smiths/Marr and or are anti-Morrissey.
"...to say the things he truly feels
And not the words of one who kneels..."

PETA are nutjobs but skinny is perfectly sane

thars how he found himself the only drunk rent a cop

PETA is another area of skinny expertise

he has the drunk rent a cop on the job

he has the drunk rent a cop on the job

Still no sympathy for the dead birds
That fake Grandmaww
Strangled, plucked then cooked ...

Thought you’ve been quiet all day,
You and Cletus have been gorging
On roosters all afternoon....

canada goose coats ARE ugly. if i were to buy a cruelty infused coat i would buy a united bamboo fishtail parka. a few years ago i agonized over whether or not to buy one and, at the time caring more what morrissey might think than i ever possibly could now, decided against it. now i wish i had--they're SO good! 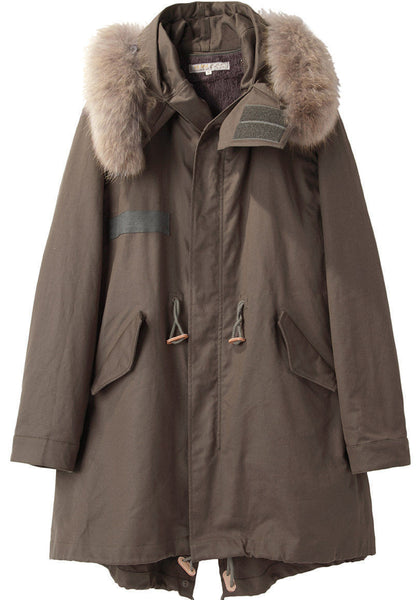 PRODUCT DETAILS: Description Fishtail Parka by Le Bac by United Bamboo. Oversized parka with fur trimmed hood.Trim on hood is detachable / Two-way zipper closure / Two flap pockets at front / Drawstring with leather toggles at waist and hem / Adjustable fishtail at back can be worn up or down /...
lagarconne.com 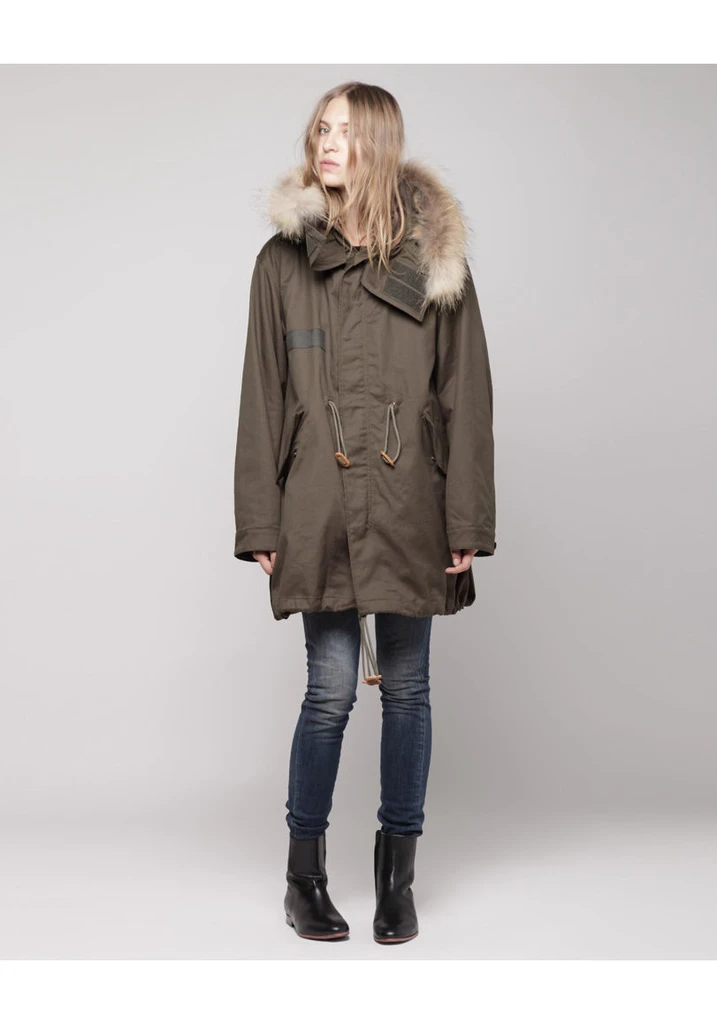 also, icon of sexiness glenn obrien was seen wearing one in his dotage so you KNOW they're cool 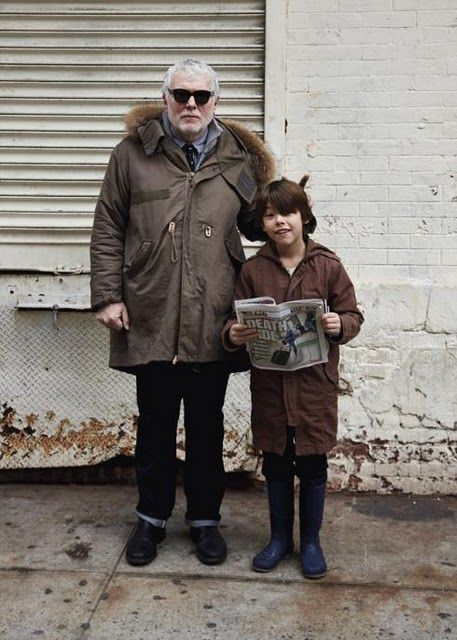 god, i wish i had that coat

F
Hope for the Canadians