A couple of pictures showing tour adverts in Buenos Aires: 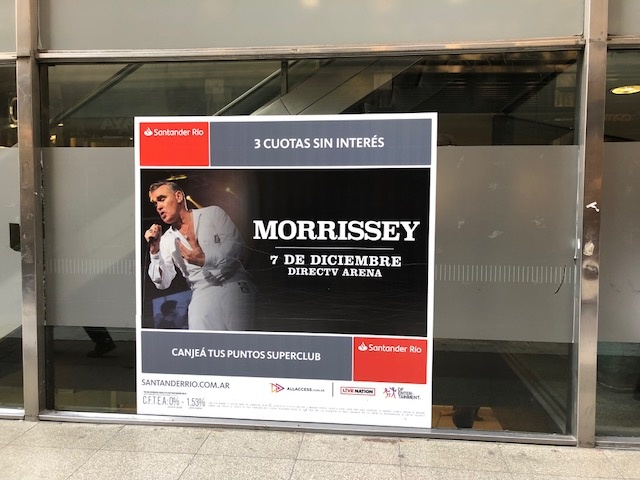 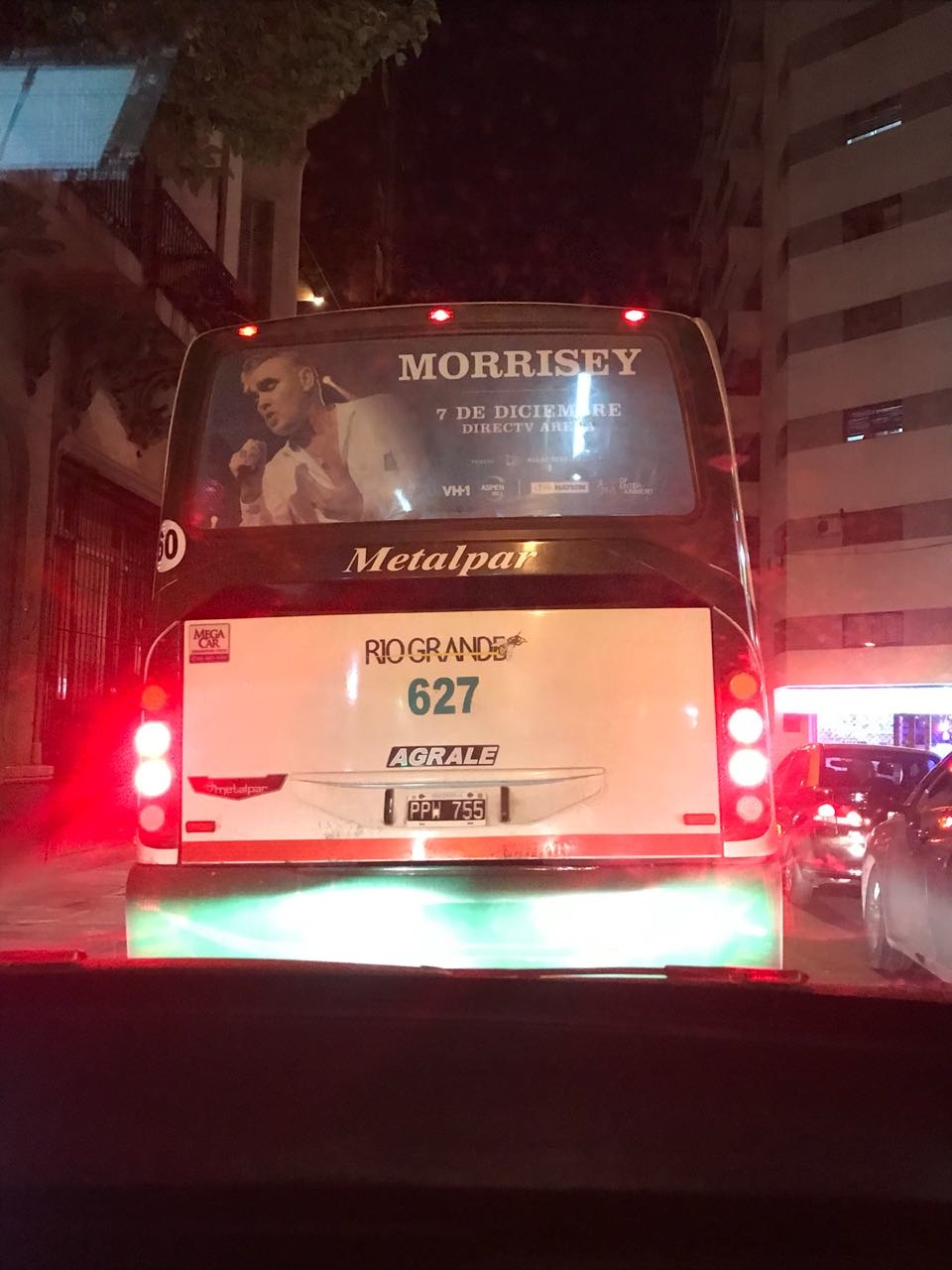 Nothing too exciting.
FWD.

Here's another IG one: 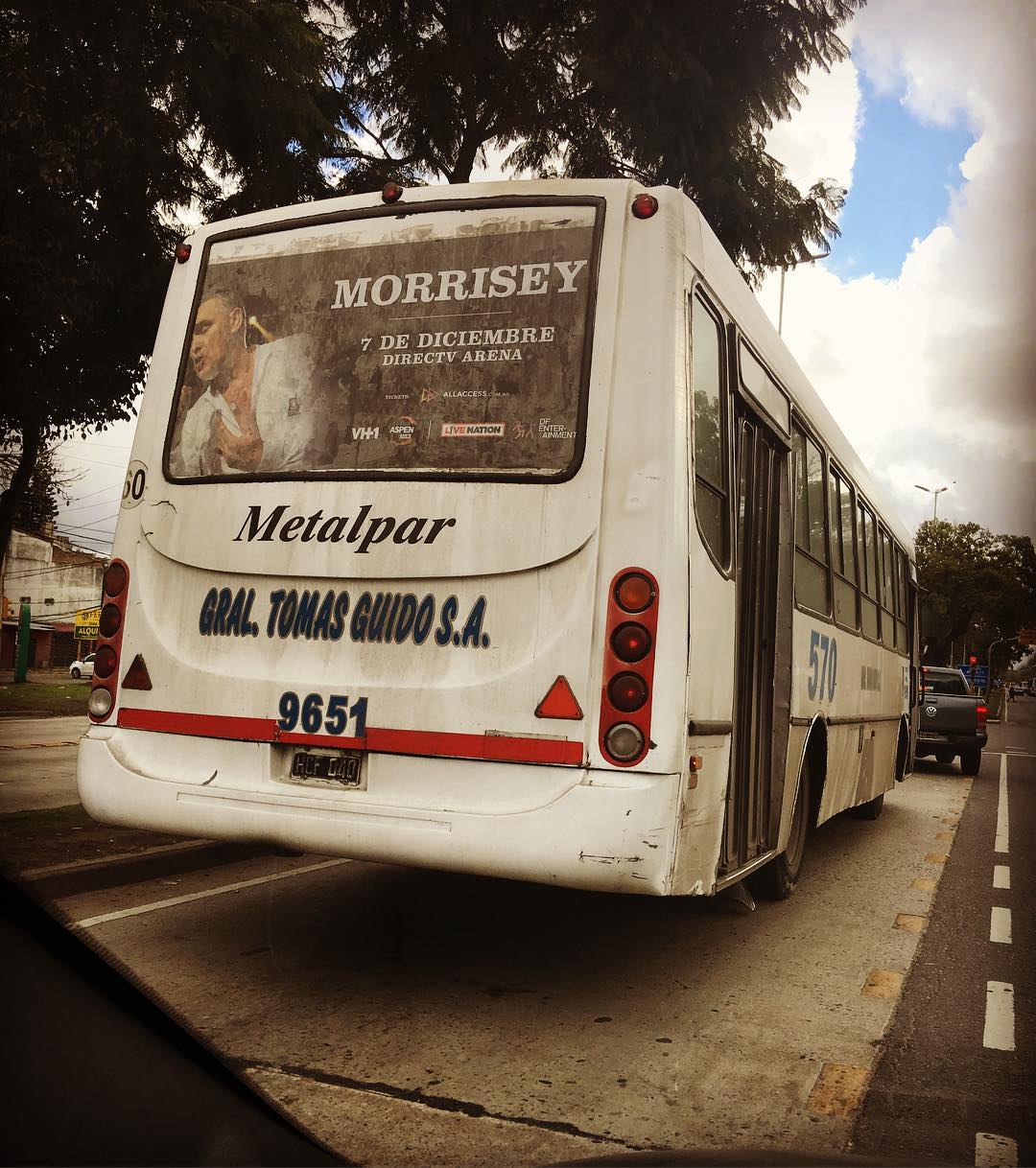 They could at least have tried to spell his name right...

no big cardboards in the centre of the city or trainstation , or on the Copa Cabana?

I hope Morrissey has already cashed the cheque.
"All you people ought to be like me / Drink that good cold whisky and let the cocaine be."

What does that mean?

I'm sure there's a joke there somewhere about Morrisey looking like the back end of a bus. 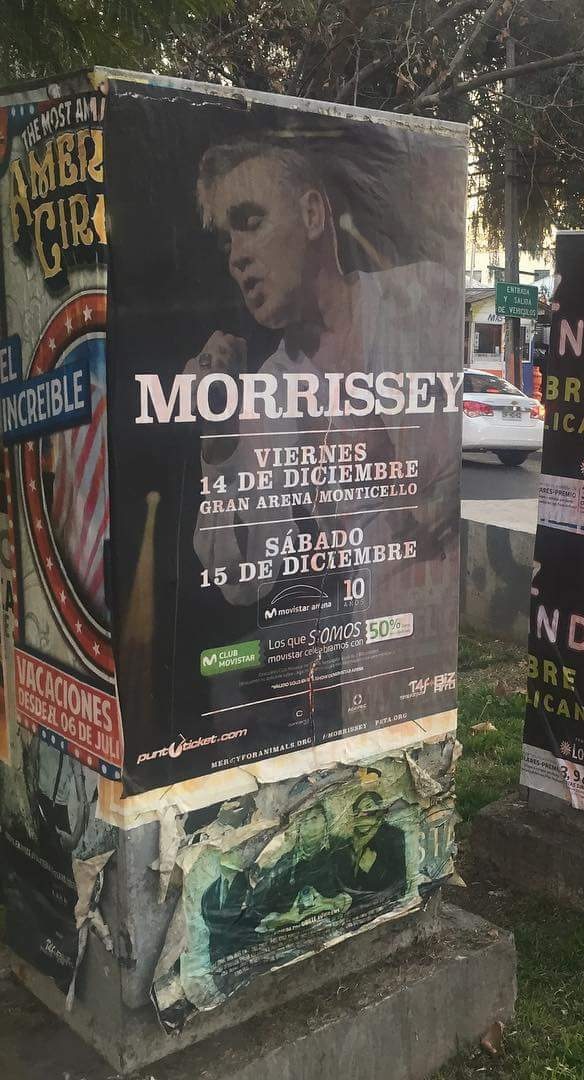 Regards,
FWD.
Some of us is turning nasty
U

Going to be a very european gig since no one in Argentina actually lives or was born there unless you include the native indian Maradona from the hills and not even the people of Argentina see him as one of them cause he is in fact a bolivian flute playing coca chewing gangster.
Now, people with a Argentina passport will fly in for this gig from all kinds of places and mostly from England so the place will sound a lot like a night out in Essex before they all head back to England to live off mum and dad.
Argentina is interesting in that it is a place just like USA where those not cut out to make it in countries they were born in found a shelter where they could live off nothing and actually enjoy it but Argentina is of course a very poor version of USA.
The dark and gloomy feel to Buenos Aires will inspire Morrissey who needs places like that for inspiration and nothing killed his creativity as much as the californian sun but since he was so depressed and suicidal he had no option but to drop the great career he had and stop writing good songs and instead focused on his well being.
Even a half hearted career is a career and there will always be idiots prepared to pay for his lifestyle and perhaps that is the most amusing aspect of his career now.
U

The earthquake tour of South America.
A

Increible: nobody thought of a joint tour with the most amazing American circus!

I want UK or elsewhere in Europe dates and I want them now. Or in the next couple of weeks.
A

Suedehead90 said:
I want UK or elsewhere in Europe dates and I want them now. Or in the next couple of weeks.
Click to expand...

Not much point in UK dates these days. He couldn't sell out the Castlefield Bowl in his hometown and the "logistics" of switching the event to Harpurhey Bingo Hall proved to be a nightmare resulting in total cancellation. Even changing his performing name to Morrisey doesn't fool anyone either, bet that was another bright idea thought up by Gary Barlow.

Could have been worse if they'd spelt it Morracist

Slow month for news at Morrisey Central, eh?
A

Anonymous said:
Could have been worse if they'd spelt it Morracist

So says Benny-the-Britisher-Bitcher
You must log in or register to reply here.