Mark from Pomona Books sends news of the pre-sale for "Boy, Interrupted" by Dale Hibbert now available at the link below.

In addition, Dale has agreed to answer some questions from site users for a Morrissey-solo Q&A. Please post any questions for Dale you might have in the comments below, I'll forward the top / most liked questions in a few days.

"I have felt alone all my life." Dale Hibbert’s story reads like a song by The Smiths, which might not be a coincidence.

His mother died when he was eight days old. He was a latch-key kid. He has married four times and has eight children. He has ‘died’ twice. He is a depressive. He has been penniless. But he has also been a musician, producer, sound engineer, a millionaire and the owner of night clubs, cafés and successful businesses. He has lived in a car, and a mansion.

Hibbert was a member of The Smiths during their early days and privy to the dreams and outlandish ideas of young Morrissey and Marr. As the bass player and engineer at their first recording sessions, he helped shape their sound. With Morrissey’s arms around his waist, they rode the streets of Manchester.

Hibbert gives a compelling insight into the rain-swept, working class life that fuelled the creativity of The Smiths. He was also a witness to the Manchester music scene of the late-1970s and early-1980s that spawned, among others, Joy Division, Buzzcocks and The Fall.

All those people, all those lives, as Steven (‘Don’t call me Steve!’) Patrick Morrissey once said. 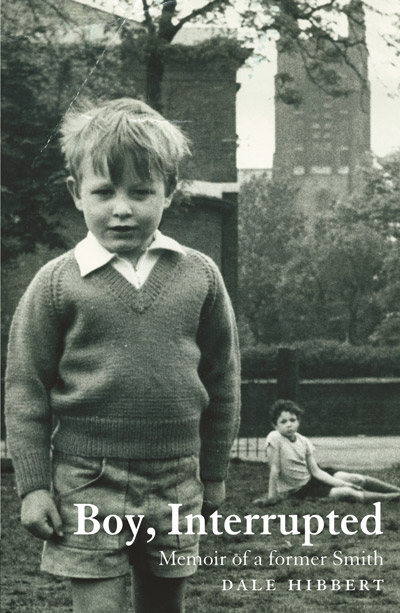 I suppose the answer to a lot of the questions will be "it's in the book".

Dale, did you write any of what became the Smiths' basslines as we know them, or were they re-written by Andy Rourke?

And what, if anything, can you tell us about Annalisa, who did the female voice on Suffer Little Children?

How much of your inclusion in The Smiths do you put on your connections at Decibelle Studios, and what was the main thing you felt when asked to leave the band? From a distance, it appears that you were the "friend" with the car so to speak.

And to follow-up if I might, have you ever through the years drawn comparisons between yourself and Pete Best or felt a certain kinship with him over your similar fates? Thank you for your time sir.
Last edited: Nov 10, 2015

Dale: thanks for agreeing to a round of questioning from the Morrissey-Solo hoi polloi. Best success with the book.

From your perspective, how did the Morrissey / Marr dynamic work, both in the studio and outside? Did Johnny generally communicate Morrissey's suggestions/critiques for him or were they both active participants? What struck you as the most remarkable thing about either man?

Dale, I know you've owned a couple of vegetarian/vegan cafes in England. Are you vegetarian/vegan yourself, and if so, is this something you and Morrissey bonded over or did you come to decide on a meat-free diet post-Smiths?

Dear Dale, what inspires you to persevere through so many hardships and feelings of loneliness? In other words, what brings you hope the most?

dale, mucho gracias from taking time from your busy day to answer a few questions:

1- what do you mean to say with the bit about moz having his arm around your waist while you slowly walked thru the streets of london?
2- three moz 'huma' stories please.
A

How much cheese could Steven get through in the early days and what was his favourite.

Was the aesthetic and sartorial style of The Smiths every discussed openly and in detail? The plain Jane, cast-off clothes, exaggerated quiffs and odd brooches was a big bulbous salutation in the road, a divergence from the mega-eyeliner, bleached-out android look of David Sylvian and other "alternative" pop stars of that time. Did you have "the right hair"?
A

is it true that steve wasa callgrl?
E


sycophantic_slag said:
Dear Dale, what inspires you to persevere through so many hardships and feelings of loneliness? In other words, what brings you hope the most?


evennow said:
How much of your inclusion in The Smiths do you put on your connections at Decibelle Studios, and what was the main thing you felt when asked to leave the band? From a distance, it appears that you were the "friend" with the car so to speak.

And to follow-up if I might, have you ever through the years drawn comparisons between yourself and Pete Best or felt a certain kinship with him over your similar fates? Thank you for your time sir.
Click to expand...

yeah i always thought the title "best" of the smiths was and would be funny though people wouldnt get it and just claim it trickery involving the smiths name.


hmm i dont have to many questions but someone mentioned various situations and bouts of loneliness above and i was wondering, as the smiths progressed did you find yourself a fan of the band in later years as they were or became an act that is associated with many of these themes. if so was it weird to think i used to be in this band and now theyre singing my life so to speak. hope everything goes well for you and alls well

Thanks for taking the time to answer some questions from the questionable ranks of Morrissey-solo.

I have often wondered if anyone in the Smiths camp ever talked to you at the time Craig Gannon was asked to step in for Andy?

All the best for the book and what comes next,

Paul Campbell
Aka "Raised to Wait"
A

How much cheese could Steven get through in the early days and what was his favourite.

There was so much cheese abuse going on in the early days Benny to be honest, all the early stuff was written on lines of Parmesan. Forget Madchester and Gunchester, Parmesanchester was where it was at, (mold for it).

Are you related to Tony or Stephen Hibbert?

Many thanks,
Sid
A

are you related to roy hibbert, the lakers center?

did you ever finally get paid?

Glad you've decided to write a book, Dale. I followed you on your blog a log time ago -- you only got a few posts in, but they were all informative and offered a unique look at the Smiths before they were even called the Smiths.

So my question: You talked a bit about the orders you got about your hair style, bowling shirts, etc. Much has been said about Morrissey and Marr wanting the Smiths to be a band that catered exclusively to a gay audience (like Bronski Beat and The Communards, I suppose), yet they backtrack on that now. How much of that was true: the style, the plotted direction of the band -- considering you were there during the formative early months. Morrissey and Marr like to say the band's style developed organically and that may be the case, but it sounds like there were some specific plans before the love beads and turtlenecks.
I'm almost sure you can do better than that.

I recognize this lad from a pic of Morrissey and him at Magic Mountain during their "working class lives". Anonymous-
Last edited: Nov 11, 2015
P

Can you tell us why you would latch onto Morrissey's (aka The Smith's) legacy like a leech even though you had virtually no role whatsoever?

Also, I've heard you say that The Smiths started out as a gay band, is there something wrong with gays?

Thank you in advance.
M

Questionable ranks indeed. Still, I think we can't complain, not too many people being obnoxious (so far).

Guess this question has been asked already in slightly different wording by [MENTION=10249]Cornflakes[/MENTION], but still. Was there much room for improvisation/(re)arrangement while you were in The Smiths, or did Johnny present the band with fully formed arrangements and told you what to play?

Also, your memories of that first Smiths gig will probably feature extensively in the book, but anything you can share on that would be much appreciated.

Many thanks in advance.
I've left.
You must log in or register to reply here.

Dec 20, 2019
Anonymous
A
A
Founder member of The Smiths Dale Hibbert tells his side of the story... - Lancashire Telegraph