Some people reporting 'Bobby Don't You Think They Know' is on YouTube now, which would be the first from the forthcoming album.
I was sent this link:

But it isn't working for me. Got 9 views though.
E: Looks like the release date is 10/01/2020, as Anonymous suggested, which is why it is currently available in Australia. Morrissey recruited Grammy-winning Motown star Thelma Houston for the epic duet, who said: "One of the biggest joys for me in this business is getting the opportunity to collaborate with other top artists.

"I love the challenge to see if what I do can work with what they're doing. Sometimes it works, and sometimes it doesn't.

"I think the blend of what Morrissey is singing and what I'm singing really works on 'Bobby'.

"And it was a lot of fun working with M in the studio too!"

The 'Mute Witness' singer's long-time producer, Joe Chicarelli, has teased that the upcoming LP, which is released via BMG on March 20, is "the boldest and most adventurous" record ever recorded by Morrissey.

He added: "I have now produced four studio albums for Morrissey.

"This is his boldest and most adventurous album yet.

"He has pushed the boundaries yet again – both musically and lyrically.

"And once again proving that as a songwriter and singer, he is in his own category. In truth, no one can be Morrissey but ... Morrissey!"

Active Member · 23 · From Merseyside, England
A

Based Morrissey still making femoids, trannies and liberal nu-males seethe. Both the cover and the song are absolutely fantastic. If you don't like it, you're free to...

Hmm. It's definitely interesting and I do like it. But on each listen, the best part is definitely the beginning, since the song doesn't really go anywhere. Like somebody wrote, for a song that's nearly six minutes long this doesn't have enough verses or different lyrics or parts in general. It also continues the recent trend of Moz adlibbing seminonsense (like the "babies/rabies/scabies" part in Neal Cassidy). But yes, colour me intrigued.
E

Ketamine Sun said:
Thelma takes an important role in the song making it that more special.

But can it really be called a duet ?

‘adjective
noting or pertaining to a style of singing in which a melody sung by one singer is responded to or echoed by one or more singers.‘


Guess it’s just easier to call it a duet. Understandable.
Click to expand...

I agree. For it to be called a duet Thelma should sing whole lines or verses of the song, now she just trills over the Morrissey vocal which would work on its own too. If Thelma's vocals were cut out, it wouldn't feel like something was missing. Her vocals are fine and good in the song, but I wouldn't call this a duet either. Interlude is still the sole true duet in Morrissey's discography.
S

Gave the track 3 more back-to-back plays this morning & am really enjoying it. I stand by my initial opinion that the lyrics aren’t especially good, but overall it’s a strong piece of work.

Can’t wait for the rest of the album.

Also hoping the singles might have some actual original material as b-sides. I really love I Thought You Were Dead.

It's as bad as the horrible bunch of bonus tracks (especially "Twin") on LIHS deluxe. Again, a tuneless romp with no real lyrical flow and in general americanized to death. The 2 voices do not fit together at all and to compare it with a Stones classic is arrogant. I never wanted to listen to an overblown american diva in the first place, when I discovered Morrissey for me. "Tip your hat to the yankee conqueror...you proud american son". It's over.
Last edited: Jan 10, 2020
I turn the music loud and I don't know why this ain't my house.
A

Good song for a B-side . Gustavo is excellent for those.
F

Rondy say it is quite great. He is calling it the best one yet.
V

Ryan said:
I’d prefer a picture of you on the album cover with the word “lol” in the upper right corner than this piece of crap.
Click to expand... 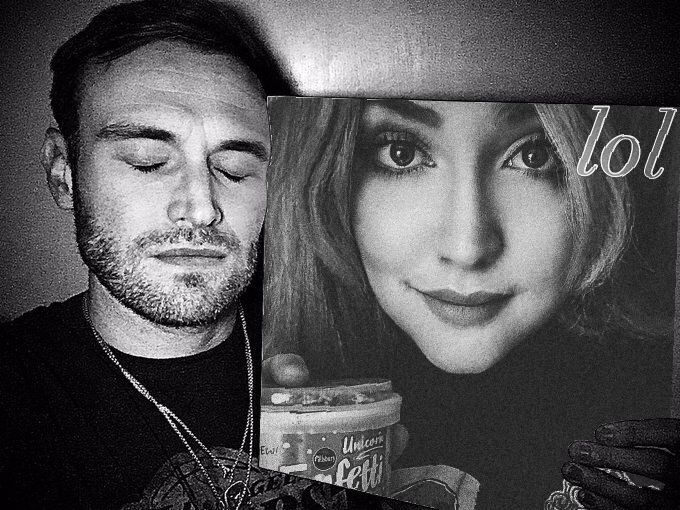 Anonymous said:
It seems that exposure to his nephew’s artistic output has had a negative effect on his own standards. That’s a pretty crappy cover.
Click to expand...

I always read about Sam. The (horrible!!!) artwork of "California Son" was made by a guy named Liam Lynch. http://www.liamlynch.net/

spell it right for a change it doesn't have an E.
rip roaring,free scoring,never boring,glasgow celtic.

Phranc & Open said:
It's as bad as the horrible bunch of bonus tracks (especially "Twin") on LIHS deluxe. Again, a tuneless romp with no real lyrical flow and in general americanized to death. The 2 voices do not fit together at all and to compare it with a Stones classic is arrogant. I never wanted to listen to an overblown american diva in the first place, when I discovered Morrissey for me. "Tip your hat to the yankee conqueror...you proud american son". It's over.
Click to expand...

gordyboy9 said:
if you were chocolate you would eat yourself.
Click to expand...

If you were chocolate, I wouldn’t

Anonymous said:
I don't wish to sound like a sychophant, but I really think this could make top 3 on the UK vinyl singles chart.
Click to expand...

your just being honest,you like it and so do i.some people aren't honest they like it but to be contrary and hip they will say they don't like it.nothing is ever good enough these days.
rip roaring,free scoring,never boring,glasgow celtic.

Album / merch is up for preorder. Guess that's the final artwork then.

Any reports of a radio debut yet? It will be interesting to see if there is an edited radio version.
“I can’t sing anymore, I’m too happy”