Billy Corgan has admitted in an interview with Spinner that he regrets splitting the band up in 2000. The band broke-up after releasing their "Machina II: The Friends & Enemies of Modern Music" album and have since reformed with a different line-up. Corgan: " Breaking up the band was a mistake because I think it broke trust with the audience (...) You had an audience that was very invested in that idea – whether they were invested in the people or the idea or the songs, I don't know. Like a relationship that you break off from and then try to pick back up, it's never quite the same."
Although the line-up has changed, Corgan suggested that the new group can still be "as good": "It doesn't mean it can't be as good, but it has to be different," he explained. "That beautiful original feeling got lost in the interim of being away. If we had said, 'We just went away for seven years,' it would have been similar, but somehow breaking up, there's a violence to it." The band are currently releasing songs from their new 44-track album "Teargarden By Kaleidyscope", one at a time.

from: http://www.side-line.com/news_comments.php?id=43983_0_2_0_C
"If I knew where good songs came from I'd go there more often." Leonard Cohen
"I’ve always held the song in high regard because songs have got me through so many sinks of dishes..." Leonard Cohen how long before he regrets hooking up with Jessica Simpson? That has to really mess with the fan's trust.

how long before he regrets hooking up with Jessica Simpson? That has to really mess with the fan's trust.
Click to expand...

As long as Billy Corgan manages to produce good music, his fans won't be upset about him going out with less credible celebrities. 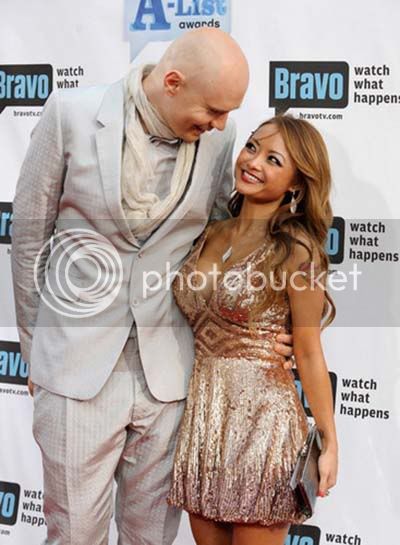 how long before he regrets hooking up with Jessica Simpson? That has to really mess with the fan's trust.
Click to expand...

that didnt really happen did it?

LuvMozzy said:
that didnt really happen did it?
Click to expand...

and yes, that happened too.

billy, you make me cry.

Great cause, but a little costly. If anyone with money to burn goes, please post your review. Wow... $300 to ask Matt questions about Morrissey.


btw, those pictures of Jessica & Tila (I didn't know about Tila)

As long as Billy Corgan manages to produce good music, his fans won't be upset about him going out with less credible celebrities.
Click to expand...

Because, it's her. She's a bigger celebrity than he is though.

Cassius;1064553 said:
Hey nugzie I have a question. Do boobz grow your whole life?
Click to expand...

A
The New Order vs Peter Hook royalties lawsuit

Dec 25, 2020
Vegan Cro Spirit 444
V
S
What the hell business is it of yours what Morrissey's political views are? Why don't you ge worked up by crime?