Suedehead / Alma Matters / You Have Killed Me / Speedway / First Of The Gang To Die / Ganglord / World Peace Is None Of Your Business / I'm Throwing My Arms Around Paris / Staircase At The University / How Soon Is Now? / Kiss Me A Lot / Jack The Ripper / I Will See You In Far-Off Places / Everyday Is Like Sunday / Meat Is Murder / Let Me Kiss You / The World Is Full Of Crashing Bores / Istanbul / What She Said / The Bullfighter Dies / The Queen Is Dead // This Charming Man

setlist provided by an anonymous person (order not 100%).

Anonymous said:
Mucho gracias, the guy is getting very good at the strip tease. I wonder if he practices before hand? The buttons fly off pretty good.
Click to expand...

only 33 years practice... and still frinky!
A

Was it meat free/animal friendly ? 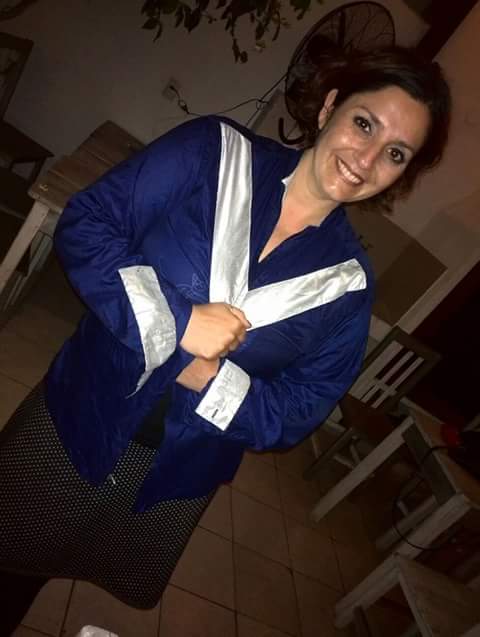 Thank you to the filmers.
Some of us is turning nasty

Ketamine Sun said:
golf? I need a picture of Patti Lee Smith swinging a club, or it didn't happen !

I wonder if you've ever listened to Patti, or just added her to the list of artists that Morrissey has told you to like? Your knowledge of her life is clearly.....very basic.

"My husband taught me about politics and golf and how to play the clarinet."

How is "You Have Killed Me" and "Throwing My Arms Around Paris" even remotely acceptable in Moz's catalog?

They suck (just like pretty much everything else after 2004).

Don't Rake Up My Mistakes

That last run of seven songs is a great climax to a very reasonable set. Lucky audience!
"I Am Mine"
A

If anyone has the entire video of This Charming Man from this concert, please post on youtube or here, thank you

Why was Moz turning around & looking at the screen behind him at the 1:07 mark of the video?
Let's just dance.
A

Ketamine Sun said:
Does M like Patti ? didn't know that.

'My husband' Yeah when she got older safer wiser baby in tow and lost the thread...She also picked up golf like a rash caught from a public toilet seat. Kidding aside, photos Patti, or ya didn't do it! I've actually met her a couple times and had her sign my copy of Bable.

Thanks, I missed that Spin article.
Click to expand...

Anonymous said:
How is "You Have Killed Me" and "Throwing My Arms Around Paris" even remotely acceptable in Moz's catalog?

Well it's all about opinions, personally I love, you have killed me.
A

Surface said:
Well it's all about opinions, personally I love, you have killed me.
Click to expand...

May I ask for the reason why you "love" "You have killed me"?

What is it about?

Surface said:
Well it's all about opinions, personally I love, you have killed me.
Click to expand...

My cousin visited me from Michigan and one of the first things she asked was if I had the CD that contained the song You Have Killed Me. We listened to it several times whilst driving around. It has the hard driving pop/rock sound that I hope finds it's way back into his musical landscape. Yes I walk around...somehow...but you have killed me...classic Moz!
A

"Just remember, be true to yourself, hold on to your friends, be good to your mother, be kind to animals."
A

Surface said:
Oh ok, the picture at the top must be of a different gig.

what are you on about now? there were 10ooo allocated for the show, of which barely 5ooo sold.
whats half of 10ooo.

Prepare for TTY rant on Las Falklands/Belgrano! Unless he got his cock/balls/arse stroked by the Argie TSA at the airport.....it's been a long time coming but with #ProfitFromParis &#TSAisthenewISIS it's now completely superfluous to mock/ridicule Morrissey online. Nearly everyone I know in 'the real world' who used to speak up for his music/aesthetic now just facepalm/rolleye at his beclowned career.

If he doesn't give us a good final Trollathon in Argentina, then I guess he's saving up some nonsense for New Year's Eve/Vegas. Let's all hope he clowns his way out of his annus horribilis with suitable idiocy, a loud BANG! of a troll that actually gets some attention not some weak sputtler re-hash of previous Trollisms. He was an interesting research project because of the the way he pre-dated The Curation Of The Narcissistic Self which has become ubiquitous through selfies, blogs, tweets, forum comments and all that crap. He did it before the technology allowed everyone to catch on and rumble him. Cherry picking Radical Art and plastering it on over the submerged person called 'Steven Patrick' he created the 'Morrissey' persona, surely one of the best Troll Fictions in Post-Modern culture.

I'm sure he never intended to end up a laughing stock, but that's what's happened. Fixated on Fame, he's failed to achieve it. And I bet all the money he has is scant comfort to him as he looks back on his decades of delusionality, now fully exposed. He was very clever, very cunning, 'devious, truculent and unreliable' indeed. And for the final time: it's nothing personal. I hate nearly every figure in popular music for similar reasons but he took it the furthest, thus it was inevitable that his bubble of falsehoods would explode the loudest when he lost control. Bowie somehow managed to navigate back to reality, probably the responsibilities of fatherhood.

The true joy in finishing up this Project is that it was Morrissey himself who finally ripped the mask off with #ProfitFromParis. At some level I guess the many levels of 'living a lie' caught up with him. At least it wasn't some seedy expose that revealed him as self-hating gay closet case as many here assumed it would be. In the end it was sheer naked Careerism that did him in, just as it was sheer naked Careerism that got him going in the first place. A cautionary tale of malignant narcissism and the curated self. Viva Hate turned out to be a portent for his solo career implosion. So let him be, consumed in bile and anger, raving against his failing C List fame, imagining vast conspiracies...utterly beclowned by #ProfitFromParis & #TSAisthenewISIS

Verb. To make a complete idiot of oneself in public. To behave or speak in such a way, or to make a comment or express an opinion that is so profoundly witless, senseless and obtuse, that you have forever after defined yourself as a person of comical value only. Never to be taken seriously again. Of worth only as an object of ridicule and derision.

Now it's a simple matter of going through all his output and finding those songs which can still be listened to without Laughing Out Loud at the inane persecution complexes, conspiracy theories and personal vendettas. For such a long Career there are very few but that's not important. A few days ago "Well I Wonder" popped up at random on my iPod. It was like a bolt of lightning and reminded me of why he was briefly truly authentic. I'd like to depart by making that the last thing I post here. In my view, it's one of the greatest performances in popular culture. For this song alone, it's been worth putting up with the drama and tantrums, but I can't ever imagine him scaling these heights again, so there's no reason to watch the car crash any longer.

It's been fun....this is *probably* my last comment EVER!.... but we all know that at any time TTY may light up with yet another irresistable career suicide note! LOL!.......Whatever else happens, I hope we never come here to comment on a real one. When he has to finally Get Off Of The Stage and face 'Steven Patrick' again in the mirror.....I hope he survives the encounter with that buried person. You can fool some of the people some of the time but you can't fool all of the people all of the time. And you can never fool the person you were into accepting excuses for why you became the monster you now are, because you had a choice to become someone authentic but chose Artifice above Art and craved Money, Wealth and the Power of Personal Fame. So, here's the voice of the stangled, submerged 'Steven Patrick' as he sees the monster that is 'Morrissey' take shape in the mirror of his teenage home, the swan song of someone who knows he's slowly being suffocated by his shadow...I very much doubt Morrissey could ever play this song. It's just....too real...no wonder he's fought suicide ever since. And to think that friends of mine thought it was a 'love song'....perhaps Morrissey too thought it was....

with every good wish and wishing you all farewell


​
Last edited by a moderator: May 15, 2016
Enjoying Morrissey's fall from grace into ignoble ignominy!

https://moon.nasa.gov/resources/187...-view-of-moon-limb-with-earth-on-the-horizon/
You must log in or register to reply here.