She's just posted it on her blog..

i am sick, i am canceling morrissey, and i am sad - Patreon

...i don’t know what f***ing tick ruined my week, but f*** that tick. the tick bite may have happened the day outside near the woods at anthony’s memorial, or i may have been punished for rollicking around on the grass in upstate new york the week before. i’ll never know. i don’t care. i forgive the tick. the ticks are hungry. i am food. we are all one. whatever.

i got out of the hospital on tuesday, i crossed my fingers, stayed in bed, drank all the fluids, took all the tylenol, wished all the wishes, and hoped that i would recover quickly.

no such luck. it seems it’s not even the lyme disease itself which is holding me back: it’s the f***ing spinal tap.

in the hours after getting the successful tap on sunday, i developed a debilitating headache, which they say is normal, especially for preggo ladies.

but it doesn’t FEEL normal, it feels like i’ve got the world’s least-deserved hangover. when I lie down, i’m relatively fine.
when i sit up or walk around for longer than about thirty seconds, it feels like I spent the night raging with a half bottle of tequila, plus a few wines, plus jager shots. plus jello shots. plus grain alcohol shots. plus everybody’s cigarettes. plus snorting mystery powders. like, the kind of night where everything blurs and you just start consuming whatever substances happen to float your way.

THAT KIND OF HANGOVER.

in a nutshell, it’s really painful. and it doesn’t seem to be abating very quickly.

i made the call yesterday. i can’t do the gig. it’d be ridiculous. i can barely get out of bed, i don’t know how i’d get on a plane, and even if neil was a hero and let me sleep prone/supine on his lap the entire trip, i’m literally not sure i’d be able to make it through the show.

i also feel really scared about this poor little kid in my belly. he’s already been through so much. watching his heartbeat waver up and down while i had a fever was frightening. i felt like i was already being a bad mother, and i haven’t given birth yet. the kid’s been infused with more strange emotions and drama in the past few months than any fetus really should have to endure. i should be like, nesting and gardening and knitting and pickling things, whistling cat stevens to myself while i patiently wait for the arrival of my bundle of joy. instead this fetus has been dragged from hospital to deathbed to hospital. he certainly hasn’t gotten the rose-colored version. this is life, kid. people get sick and die. welcome to earth, baby!

so i am doing the Totally Adult Thing. i’m canceling the morrissey gig, i’m staying in bed, and while i’m pretty f***ing sad about it, it’s also a no-brainer.

for any of you who were traveling from afar to see the AFP/morrissey gig…for all of you who have been looking forward to this moment as much as me….i’m so, so sorry.

they can't refund tickets (as i'm the opening act)...i hope all you still go, and i hope the moz blows your heads off with his great mozzy epicness, and i hope you forgive me if this wound up screwing up your life at all.

i’m especially sad you guys won’t get to see the great liv bruce in action, on the drums. he has already flown out to the west coast and was primed for action to take the stage with me. we’ll have to make it up to you, somehow.

i wrote a nice apology letter to morrissey. i feel sad. i hope he isn’t angry. i was looking forward to this so, so much.
and that’s the weather... 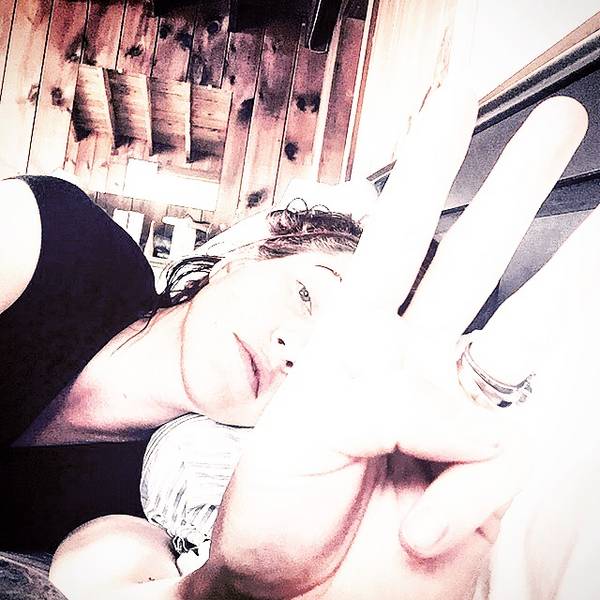 Well-Known Member · From an off-world colony
B

Here we go....thank god there is almost a one month break before he plays the first show in San Diego. Time for some home cooking for Morrissey. He might be a little heavier from all of Nancy's homemade pasta and marinara sauce. He should be in excellent shape for San Diego. Anonymous-

That apology letter won't go far in this case.

Get well soon Amanda.
You may be sad at the mo but this is a blessing in disguise, believe me !
Wayne Newton is a freekin control freek !
One day he loves you the next he hates you.
Brummie and Benny have him by the short and curlies, he's a frikin CrankFraud.
Even his band hate him behind his back.

Why don't you go f*** yourself you piece of shit

I don't know why, but the idea of Amanda Palmer opening for Morrissey still surprises me. Not the act I would think of being associated for a Morrissey concert. Either way, I hope that she gets better and looks out for her soon-to-be-born. Loud concerts might induce contractions, but I'm not a doctor.
B

It is now a matter of minutes until Morrissey cancels this gig. Which, of course, I have tickets to.
A

Don't be surprised if you get a phone call from Wayne's people my dear, love to have you back on board , he's been lost without you.
FAN.
A

Get Blondie back, they were great in NY. They are supposed to be in LA on Sunday but nothing planned Saturday.
A

Omg could it really be her
A

Never mind the family doctor Dan. You need to get in touch with doctor Jeremy Fine. He has worked biblical miracles at getting Steven back on the boards. Although I fear you are to be ex-communicated for consuming the lobster !
Goodbye!

Cliff Richard is a on plane as we speak with a three piece band.
"If no one out there understands, start your own revolution and cut out the middleman."

Nice letter. Other bands who cancel should make the same effort. She is right not to jeopardize her unborn child. Obviously she is gutted that she can't open for Moz. Hopefully he'll give her a slot in the future when the timing is right for both of them.
A

"I ate a lobster roll"

Amanda, your ignorance is almost unparalleled. You need this spelling out?

Morrissey shows footage in every concert, before and during his set, of animal abuse.

He sings a song called "Meat is Murder".

He bans sea life and other abused animals from being sold as food in concerts. And you wrote that?

Never please say you are a fan of Morrissey when you do not understand how contradictory your thought processes are with the message he CONSTANTLY expresses.

ACTON said:
Nice letter. Other bands who cancel should make the same effort. She is right not to jeopardize her unborn child. Obviously she is gutted that she can't open for Moz. Hopefully he'll give her a slot in the future when the timing is right for both of them.
Click to expand...

"Other bands who cancel should make the same effort" '
Is that tongue in cheese Acton ?

I second that. She is super annoying anyway so hope she is never invited to open another show for him. Her music is downright awful, and her bonkersesque obsession with social media (and thus herself) reeks of desperation. She is just another example of the fame whore breed Moz claims to despise. She is not talented either, not even marginally. And those outfits! Beyond the pale. Evidently she was well enough to draw on those silly flourished eyebrows (multi-faceted artist that she is) for the photo meant to document her illness. Not to mention the f**k-laden epistle she managed to post to her blog. And I suppose her constant, delusional self-referencing to being an effing (to the absurd extent that her favorite word is now her middle name - very clever move) rockstar is meant to brainwash the masses into deeming her one. Nice try. Class act, that one. Hope the baby is healthy, but god help it with such a stinking mess of a mother. Good thing her husband is loaded so they can hire a few nannies to safeguard it.

p.
You must log in or register to reply here.

S
Who have you seen live? And best gigs in general
2