from: https://newamusements.blogspot.com/2021/06/caught-beneath-landslide.html
(more pictures and words at the link)

For more than a decade Kevin Cummins was chief photographer at the NME - sounds like a dream job, right? Hanging out with cool bands, creating iconic images, being backstage at gigs, being ahead of the curve for whatever was coming next, being "in". Sounds fantastic, doesn't it? I'm not at all envious...

One collection of his 90s/Britpop photography has already been published, as While We Were Getting High, and now there's this, Caught Beneath The Landslide, a small hardback book that includes a few more photographs but this time bundles them with CDs, with sleevenotes from all manner of sources. It's a four CD collection which, if I can borrow from the promotional blurb, "brings together artists that topped the chart and set the agenda, some who were lauded one week and laughed at the next, and others who were just along for the ride. From an era of Lad’s mags and Girl Power, “football’s coming home” and chart battles making news headlines, it brings together Oasis and Blur, Pulp and Supergrass, Sleeper and Suede, Elastica and Echobelly, Gene and Menswear, and many more." But as Kevin himself makes clear in his intro, this is a broader take on indie music in 90s Britain, rather than just another Britpop coal-raking exercise.

More interestingly for me, as someone who already owns a lot of material that this compilation focuses on, it also claims "71 classic tracks, lost gems, live and alternative versions, b-sides and single edits", together with "in-depth sleeve notes exploring the bands, their influences, the labels and the individuals who defined the era"... so I treated myself, basically. Early orders, like mine, came with a signed A4-sized print of the cover art too. Guess I need to find a frame.


I'm still working through this, as we speak. I already know what my favourite photos from the book are, but I'll spare you more Louise Wener and Gene photos (it's not like either of them are strangers to this blog) and instead choose one of Sonya from Echobelly, in which she has SUCK MY EGO written on her fingers, and one of Jarvis Cocker, in which he looks like he should be teaching English at a selective boys' grammar.

Regarding the photography, Kevin has this to say: "I wanted the artists I worked with to look as cool as they sounded. That was the difference between working for the NME and other music publications. We approached our time with the bands as some kind of art project, as opposed to the chance of a pub crawl around Camden."

It's quite the art project...

Here's the song that CBTL picks for Echobelly; they feature an excellent live version, but that's not on YouTube. Must be rare then, right? 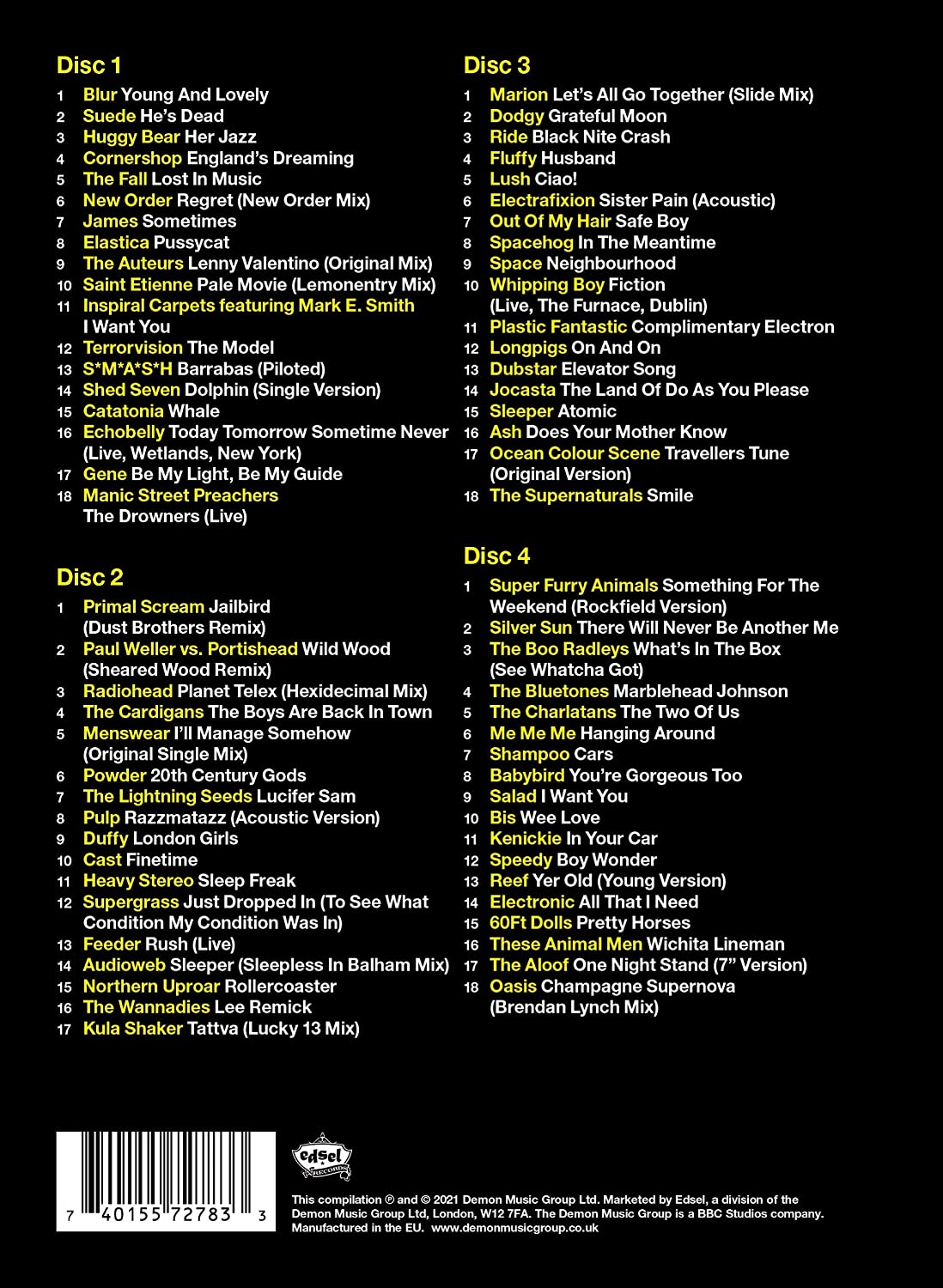 I don't think the Echobelly track is particularly rare as the whole Wetlands gig is on CD2 of the the expanded version of On.

Shitpop.
"...to say the things he truly feels
And not the words of one who kneels..."
You must log in or register to reply here.

"Maladjusted" is the most underrated Morrissey album
2