House of Love was a revelation for me this year. No idea why people could not find some beauty in it. Looking down at my HOL vinyls Don't Know, Christine, Destroy the Heart, Shine on etc. They were very capable of becoming something quite great but hey ho. The new album is not an attempt to capture lost glories but is a beautiful and reflective piece. You aint gonna get Guy Chadwick hollering about no pussy blues! I am not a fan of the reunion to live on past glories. This is not that. A proper band with proper tunes.

Unknown Mortal Orchestra's new album II has been getting a few plays at chez headphones.

Looking forward to the new Daft Punk LP
Man hands on misery to man.
It deepens like a coastal shelf.
Get out as early as you can,
And don't have any kids yourself

I heard some of it at work, it sounded OK

as for me, today I have been listening to

currently in my top 5 for this year, so far

could be I just like hearing her voice sing new songs

A little too contrived for me but it does sound very good turned up to 11 (they'd probably dislike the Spinal Tap reference though)
Man hands on misery to man.
It deepens like a coastal shelf.
Get out as early as you can,
And don't have any kids yourself

rock n roll
Last edited by a moderator: May 15, 2016
Man hands on misery to man.
It deepens like a coastal shelf.
Get out as early as you can,
And don't have any kids yourself 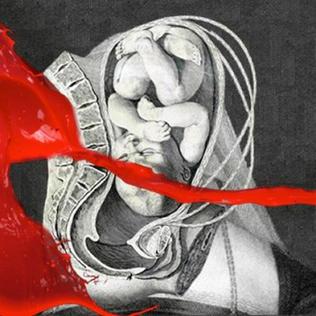 don't really know what I think of the album as a whole, yet

but I keep playing the first track "I Come With Knives" over and over again, defo is one of my fave songs of 2013
Q

I've a new favorite: Vampire Weekend. Absolutely love it, better than it's predecessor if not quite up to their brilliant debut.

The National - Trouble will find me. Have been listening non stop for over a week, it's overwhelmed me, in a good way.
I am not in love, but I'm open to persuasion. Qvist said:
I've a new favorite: Vampire Weekend. Absolutely love it, better than it's predecessor if not quite up to their brilliant debut.

Vampire Weekend, gotta check that out

as for what I recently posted, its the new IamX album called "The Unified Field"
its not that good, really

but I cannot link to youtube here in China

Right, thanks, I'll just spotify that song then, without bothering about the rest.
A

Fall Out Boy - Save Rock And Roll
Q

I must amend what I wrote of Vampire Weekend'ds new album (Modern vampires of the city). It's not just the best I've heard of this year's crop, it could be one of the best of the 21st century so far. Can't remember when I last came across something I've immersed myself in like this. And it's not 3-4 songs like their first album or 1-2 like their second, it's very nearly end-to-end. the music is catchy and inventive, built around timeless tunes that makes you feel as if you're having a deja-vu to some long-forgotten radio hit of the 70s, and lifted by gorgeous and unexpected twists of instrumentation. The lyrics are not just witty (as they always have been), they are stunning - forceful, complex ideas and lines that hook you intellectually, emotionally, instinctually. And there is a new sense of seriousness that augments rather than replaces the playfulness of previous offerings. This is a classic.

Low-The Invisible Way
The National-Trouble will find me
The Besnard Lakes-Until In Excess, Imperceptible UFO
Autre Ne Veut - Anxiety
Iron and Wine-Ghost on Ghost
Veronica Falls-Waiting for Something to Happen
Frightened Rabbid-Pedestrian Verse

Cassius;1064553 said:
Hey nugzie I have a question. Do boobz grow your whole life?
Click to expand...

Some of this I skip but some of it just ace. Babyshambles - Sequel To The Prequel

BlackBook: "New Film ‘Shoplifters of the World’ is a Poignant Love Letter to The Smiths" (March 22, 2021)