In this month's issue of German music magazine "musikexpress" (Dec. 2016) : www.musikexpress.de/der-neue-musikexpress-mit-the-smiths-nicolas-jaar-peter-doherty-und-justice-708487
Continue...
Johnny Marr interview by Simon Hattenstone in The Guardian; extract from memoir
203 22,802 by Uncleskinny : Oct 29, 2016 at 4:50 PM 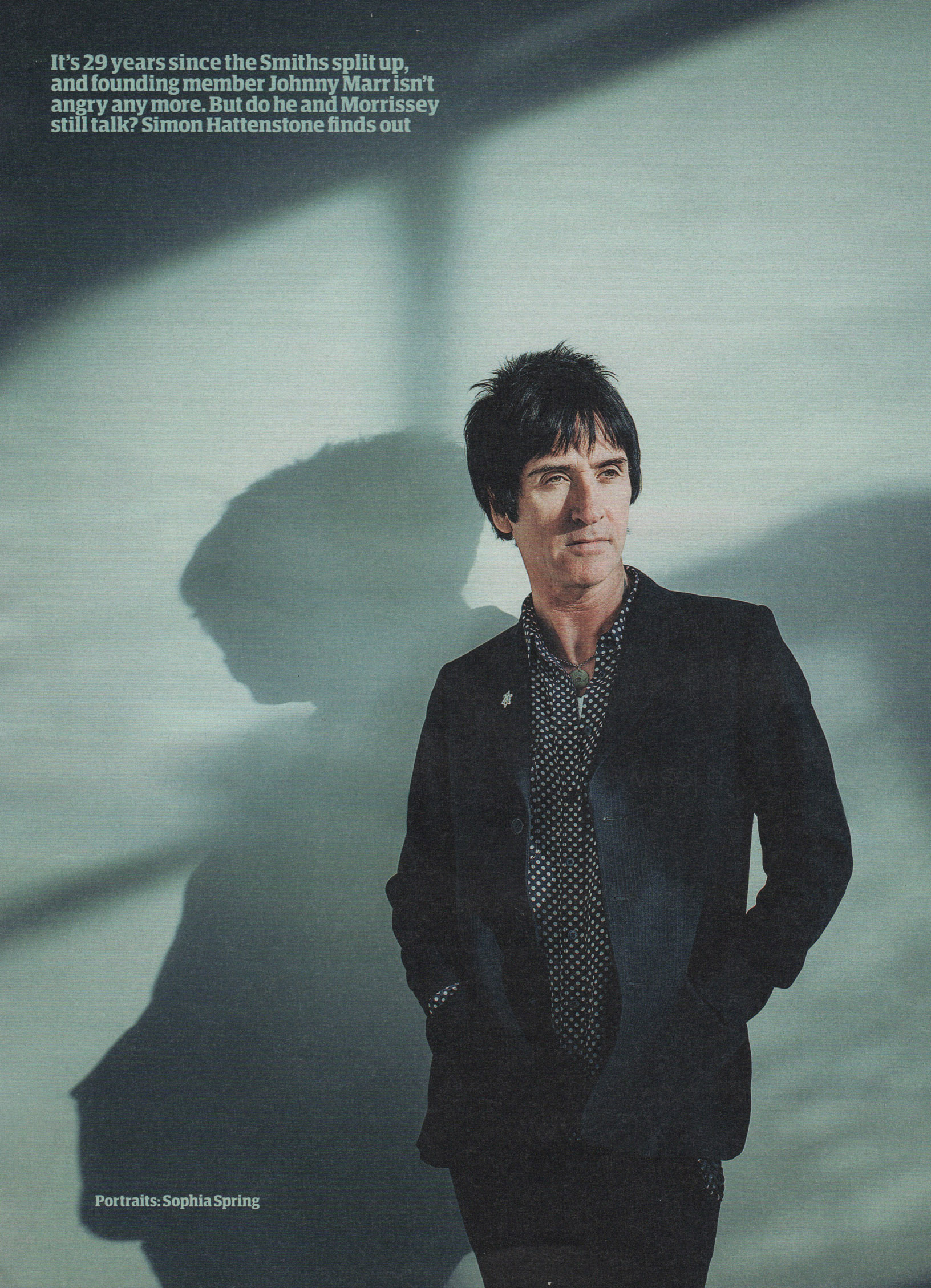 It's a big, wide-ranging interview and the book extract is revealing. Tons of stuff to interest folk here. Should have it up within an hour or two, when I get back.

**EDIT** Here we go. Don't say I never give you anything. I find the last page the most revealing and interesting.

Johnny Marr: ‘The conversation about re-forming the Smiths came out of the blue' - The Guardian
By Simon Hattenstone
It’s 29 years since the Smiths split up, and founding member Johnny Marr isn’t angry any more. So what happened when he and Morrissey met for a drink?
Continue...
Smiths featured on Map Of Alternative Music History
16 3,405 by Calamine Lotion : Oct 16, 2016 at 5:17 PM It started with The Sex Pistols. Specifically, with The Sex Pistols’ June 4, 1976 show at the Lesser Free Trade Hall in Manchester, England. The concert now ranks as one of the most influential performances of all time, up there with Woodstock. But the audience, not the band, made the show famous. Around 30 or 40 people showed up (although thousands would later claim to have attended), and rumor has it that crowd included the guys who would go on to start bands like The Smiths, Joy Division, and the Buzzcocks.

Particularly I envy the guy who got 1983 Camden Dingwall gig's setlist which he also got autographs from Morrissey and Johnny.

Can be watched here... http://www.bbc.co.uk/programmes/b07ycbr8


Dale Hibbert was at the PLY Bar in Manchester last night (Sept. 29, 2016) and an excerpt from The Smiths' first demo was played at the end of the night's event.

This is a bit of "The Hand That Rocks The Cradle" demo recorded at Decibelle Studios by Morrissey, Marr, Joyce, and Hibbert on bass.

Apparently, more of the demo will be released soon from the same sources.

Not much different from what the band ended up with on the debut LP. 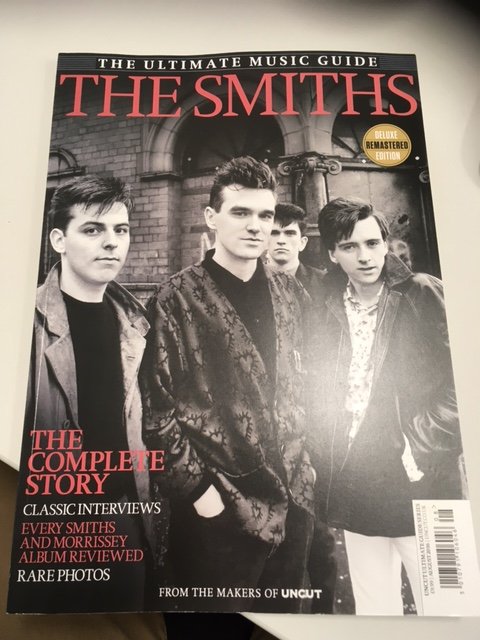 Could be considered a rehash of a previous publication, but seems bang up to date with articles on the autobiography, List Of The Lost, World Peace... and other stuff I've not seen before. Also a nice foreword from Mike Joyce. If I get the chance I'll post a few snippets later.

Continue...
Rolling Stone flashback : VH1's failed Smiths reunion Attempt
31 4,012 by valvano : Jul 14, 2016 at 3:12 PM
New story today, my favorite episode was the Flock of Seagulls since the brother was working in Oxford, NC which is about 50 miles from where I grew up.

Flashback: VH1 Fails in Doomed Effort to Reunite the Smiths - Rolling Stone
In 2004, cable show 'Bands Reunited' attempted to pull off the impossible
By Andy Greene While the title may appear a little passe and the message somewhat less outrageous than it did 30 years ago, The Smiths' sophomore album remains among the finest pieces of musical work to appear during the eighties - if not the finest since punk and new wave broke in the mid to late '70s. And while our beloved premier (overseas readers excepted) may count it as one of his own fave raves, we won't let that put us off - most of us round here don't believe him anyway - being that such a fine and creative array of music is captured in its grooves. So in celebration and honour of this dynamic album's pearl jubilee comes this triple disc box set of DVDs. Featuring three separate films focussing on The Smiths in general, The Queen Is Dead album and the Morrissey/Marr angle...
Continue...
Page 17 of 19