Morrissey's physical single/45 "Lady Willpower" will be available to buy on August 23rd.

The song was originally recorded by Gary Puckett and the Union Gap, reaching number 2 in the U.S. in 1968.
The B-side is Morrissey's version of "Rainbow Valley" by The Love Affair which reached number 5 in the U.K. in 1968.

The single is released by BMG Records worldwide.

Artwork (above) is actor Stanley Baker from the 1962 film "Eva". At about 12:05 UK time, all the rest of the album tracks were posted on Morrissey's YouTube.

Press the icon at the top left to select other songs:

A short promo video for the album: This single had a bit of a confused start to its life.
First reported on Morrissey Central (28 Feb) and again on Morrissey Central (24 March) that it would have the B-side "I Thought You Were Dead".
With the pre-information and release of Lover-To-Be for Record Store Day, it became apparent that the B-side wasn't going to be "I Thought You Were Dead".
Various online portals subsequently updated their information and "Brow Of My Beloved" was confirmed for the B-side.
This song title has been known from about 2017 and is one of several Morrissey/Boorer compositions slowly becoming available.
There is no matrix message on...
Continue...
"California Son": 'Ultimate M Box' details - Morrissey Official FB (9 May, 2019)
69 8,110 by Famous when dead : May 9, 2019 at 8:24 PM "THIS BUNDLE IS AVAILABLE TO CUSTOMERS RESIDING IN THE UNITED STATES ONLY.
UK/EUROPE STOCK WILL BECOME AVAILABLE SOON.

Bundle includes the following items:
THIS ITEM WILL SHIP MAY 29TH, 2019" I Thought You Were Dead appears on Spotify and iTunes I suspect this will go down like a lead balloon given Moz asking people to boycott their reissue back in 2009: 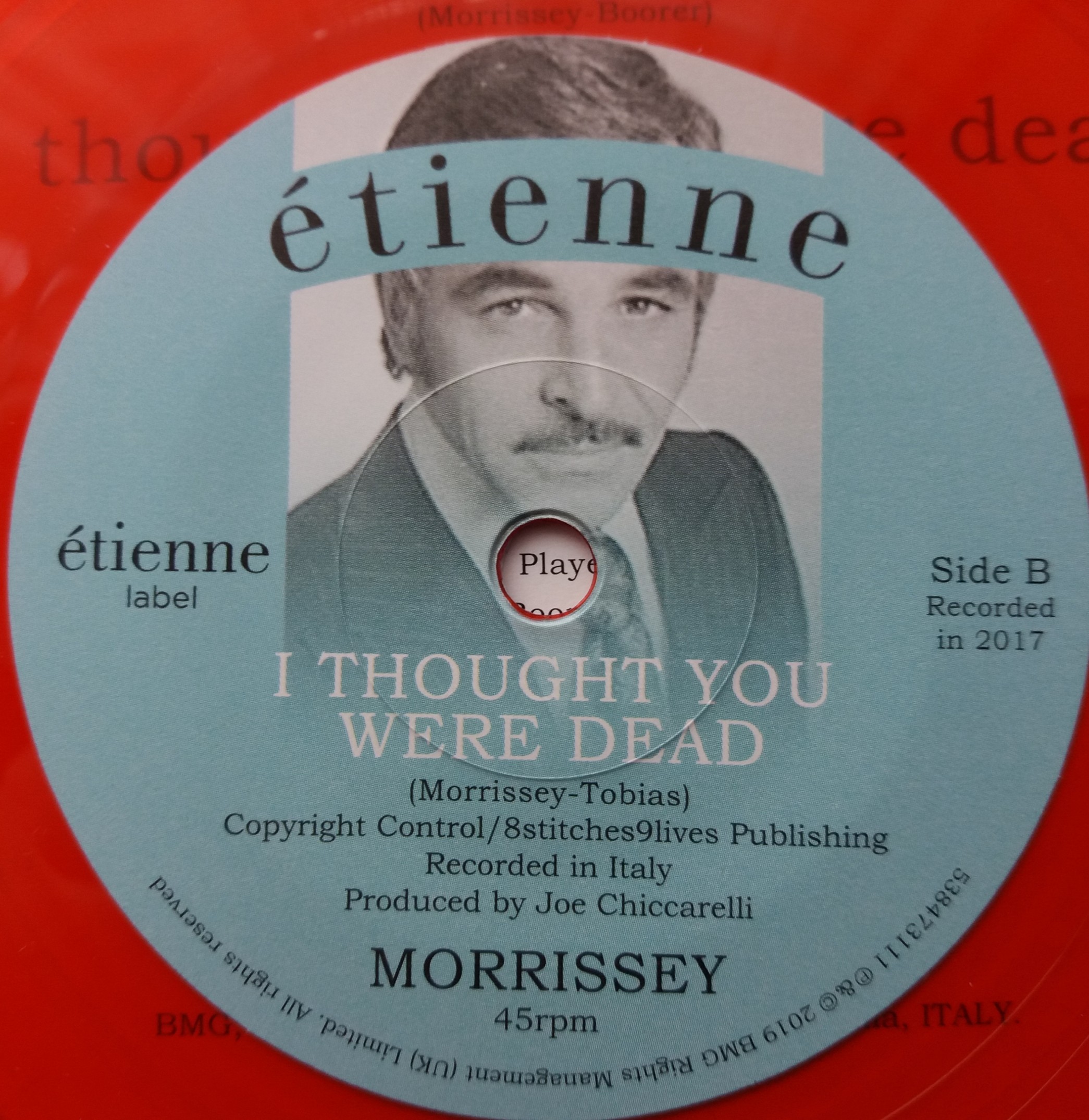 Today sees the release of Lover-To-Be b/w
I Thought You Were Dead 7" red vinyl.

Both tracks were recorded in 2017 as part of the Low In High School sessions (confirmed by Damiano Mazzarella who contributes vocals - via his IG and by the vinyl itself).

With no clear details, it appears there are somewhere between 1000-4000 copies of this record worldwide.
That said: by hook or by crook the B-side will eventually appear here for people to hear.
There have always been decent people here who strive to share rarities and this track won't be an exception.
Even if I have to tunnel through my storage locker to find my turntable.

This year's RSD has a very varied mixture of rarities and the general feeling I just experienced at the midnight opening...
Continue...
Page 3 of 13