Andrew McGibbon who (as Andrew Paresi) played on Morrissey's first three solo albums praises Smiths fans in a new interview. Andrew has been talking on the 'bookgeeks' website about his new book, I Was Douglas Adams's Flatmate And Other Encounters With Legends. For the full interview and for more information on the book (which includes a chapter about working with Moz on tracks including 'Everyday Is Like Sunday' and 'November Spawned A Monster') go here. 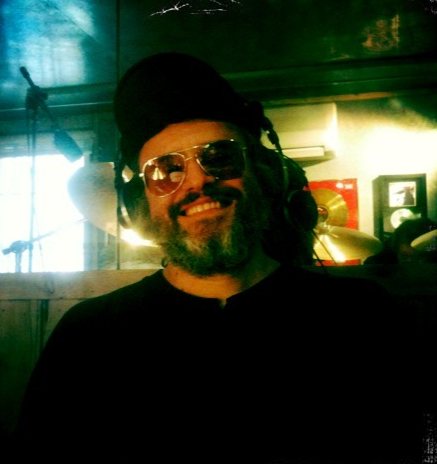 Calling all handsome devils and girls afraid! Grab your Alsatian cousin, hop on the double-decker bus, and join scores of sweet and tender hooligans as Headmaster DJ Ceremony brings panic to the streets of the Lower East Side with a reverent Smiths & Morrissey tribute set including deep cuts, rarities, b-sides, classics, and new releases ('cause I really do love them; now does that sound mad?). Also featuring Northern Songs, Britpop, & Manchester.

Mark Nevin shares the photo from his Facebook artist page:


Here is an old picture from my kitchen in 1991 (around the time we did
Kill Uncle) with Peter Hogg, Kirsty MacColl, me and Morrissey - we
went out to see Suede doing one of their first gigs after this - I
think it was a the White Horse in Camden (maybe not??) - not sure of
the name of the pub - it might be flats now - it was in Camden anyway.​ The Very Best Of Morrissey with bonus DVD to be released 25th April; Glamorous Glue single with previously unreleased songs

The Very Best Of Morrissey

Following the 20th anniversary release last year of Bona Drag, EMI are pleased to announce, with Morrissey's full co-operation, the release through the Major Minor label of The Very Best Of, and limited edition 'Glamorous Glue' seven inches and an ECD featuring two never-heard-before B-sides.

The Very Best Of Morrissey is an 18-song compilation, encompassing a diverse selection of material from Morrissey's HMV and Parlophone albums, ranging from his early run of successful singles, through selected album tracks – 'Glamorous Glue', 'Break...
Continue…

"I'm quoted in this month's Mojo as saying that, while on tour with the Smiths in Canada in 1985, me and Morrissey went on one of the rides at Kingswood in Toronto wearing Hawaiian shirts and summer shorts. Doubt has been cast on my memory of this event in some quarters and so I have once again plugged in my trusty neg scanner and here we are in 'Canada's Wonderland'. Looks like I was only half right though, as I appear to be wearing a Fats Domino t-shirt and cheap jeans."​ 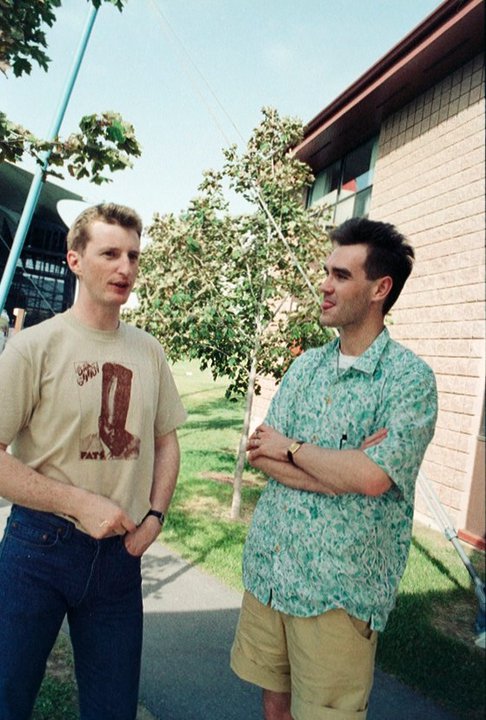 News also posted in the forums by virtually dead.
Continue…

I have never seen this. It might have been on here before, but it is new to me. I didn't know that they made a promo live video to promote the "Rank" album.

Quotes from the information.

"This video of "Ask" (live) was used as promotion for the "Rank" album. The Footage is from the "The Queen Is Dead" tour - while Craig Gannon was with the Smiths".

(Morrissey, On Pop Promos) ..........
~ "I have never liked it... I never like any videos & I just feel that if The Smiths could just slide along,,, or had just slid along without ever touching this world, I would have felt incredibly proud.... But I suppose, to the glazed eye, that hasn't happened..... Something precious has been lost and I don't think it was worth losing it, to be quite honest."

Johnny Marr recently dropped by one of the amazing Amoeba record stores in California and was snagged to do a quick video of what he was purchasing. Pretty cool to hear what the genius is thinking music wise. And no, there is no talk of a Smiths reunion. Sighhhhhhhh. Have a look:​
Continue…

...THE SMITHS: Recorded 25 years ago, The Queen Is Dead is Morrissey and Marr’s masterpiece, its power and arrogance forged on the road in 1985. Martin Aston tells the story of a legendary tour, Jon Savage salutes a band in its prime and a cast of stars praise the album, track by track. Pasadena, CA - Cruel World Fest (May 15, 2022)...
Hope ya helped that guy out and gave'm a cool beverage.
3 minutes ago
The Wild Turkey
Boz Boorer: new tracks released today (May 19...
Legend! Happy birthday Boz! Thank you for sharing your art.
4 minutes ago
Independent: "Has Morrissey ruined The...
I just asked. Politics is not my forte.
4 minutes ago
Hanna_hanna
El Paso’s traditional Morrissey birthday party...
This thread is like gettin' a extra surprise biscuit at dinner!
6 minutes ago
The Wild Turkey
Strange/unexpected Moz references?
Not seeing any Smiths mentions in articles, but this may well be something...
29 minutes ago
Famous when dead
Roma Symphony Orchestra: "RSO Performs The...
Some of these are beautiful 😍
Today at 4:04 PM
Lionsy