Upstarts and Oligarchs blog review by Rob Butterfield: "Moz is back ...and he’s certainly no dog on a chain" 10/10

"March 20th saw the release of the latest album from Morrissey ‘I am not a dog on a chain’. His last album ‘California Son’ compelled me to write a blog post about what, in my opinion, was the greatest album release in 2019, despite its harsh reviews from an evidently anti-Moz clutch of oh-so predictable music journalists. The tide seems to have changed for this release though and the press (with the exception of, unexpectedly, The Guardian) are waxing lyrical about his latest offering claiming it to be “his best music in years” (Associated Press) and “worth crossing the the Twittermob line for...” (NME) - not that Morrissey ever needs to covet favourable press reviews!"

Should I be worried at the reviews? Has “the one-time poet laureate of the sensitive, the lonely, the misunderstood and other people who spent too much time in their teenage bedrooms” (The Times) gone soft in his old age? I’d have to wait until my pre-order...
Continue…

"Morrissey has never exactly been pleased with the way things are, whether it be affairs of the heart or the state of the nation. That he’s let his misanthropic ideas beyond the lovelorn and lyrical fester, bubble, and boil over into some truly tragic political public opinions has been both ugly and unnecessary. To hear him speak is to long for his silence.

To hear him sing, however, in that familiar British bellow—caustic, witty tales of missed opportunities, of artifice and chicanery, of isolation beyond the emotional, of torrid and tawdry romances, and of the breadth of possible dissatisfactions, all with a dash of black humor—well, that’s our Morrissey. And it feels good. "
Continue… 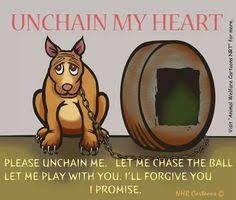 I think Moz wants a Physical Sales chart, because he's number one on it.

Including streaming, he's at two.

Having been UK Number 1 on Friday, Morrissey's I Am Not A Dog On A Chain is today number 2.

With the closures of HMV shops, please note that online orders are still being fulfilled by HMV, Amazon, Spotify.
Your support is appreciated.
Regards,
FWD.
Continue… In 1984, The Special AKA sang, "If you have a racist friend, now is the time for your friendship to end." Discuss in relation to the godlike genius that once was Steven Patrick Morrissey...

Will someone please bury journalism's corpse?

The random selection of Moz Crimes are: THE PIN, saying Sadiq Khan, with his estuary accent, can't talk properly is racist (even though Moz has slagged off Johnny Marr & Cilla Black for their accents & had his own slagged off & it's technically snobbery or reverse snobbery) & slagging off Diane Abbott, which is racist. No mention of him slagging off Theresa May IN THE SAME INTERVIEW.

Plus some weird jaunt through Moz's suicidal depression - as if that isn't a possible explanation for his random statements.
Continue… 1. Morrissey’s new album available in HD audio;
2. Not sure if this is likely to be the last as appears some changes at HDtracks.

Rolling Stone Germany review by Arne Willander...
It's mostly a jaunty comedy song & that bit is about not being able to stop...
A moment ago
Nerak
Morrissey - October 4 1991 - Hammersmith Odeon...
Link doesn't work for me, either.
2 minutes ago
Sal Kramer
Rolling Stone Germany: April, 2020 - free CD...
4 minutes ago
Gaylord Deepstar
Ben Gibbard (Death Cab For Cutie) covers...
80s biographies are so trashy. I don't know how anyone had time to work with...
9 minutes ago
Nerak
tell us about the last Film you saw
twas okay but not great. tried to fulfill some expectations about films...
27 minutes ago
lanterns
I Am Not A Dog on A Chain enters UK album...
Its not even in the top100...
53 minutes ago