...in the bathroom, of all places
Other People/Bands The Smiths
Continue…

I expect no-one in the band had anything directly to do with this, but The Smiths record label Warners have released a new promo article via their Dig website.

From The Smiths to The Strokes: The 10 greatest albums released by Rough Trade

Far Out Magazine - By Joe Taysom

The Smiths – The Queen Is Dead

The Queen Is Dead set the stall for what an album should be and, ever since, few have made a guitar album that can even be mentioned in the same sentence as this iconic effort. The Smiths were on their third record and at the absolute peak of their powers.

The album is The Smiths’ finest work out of the four records they made during their time together and encapsulates everything great about them as an entity. Morrissey’s dark lyricism was juxtaposed alongside Johnny Marr’s sunny guitars that would be the perfect soundtrack to the 1980s. Every single track on the album is a bonafide classic. It simply wasn’t fair on other bands that The Smiths could cram tracks like ‘There Is A Light That Never Goes Out’, ‘Bigmouth Strikes Again’, ‘Cemetry Gates’ and ‘I Know It’s Over’ all on one album, which confirmed their voice of a...
The Smiths
Continue… 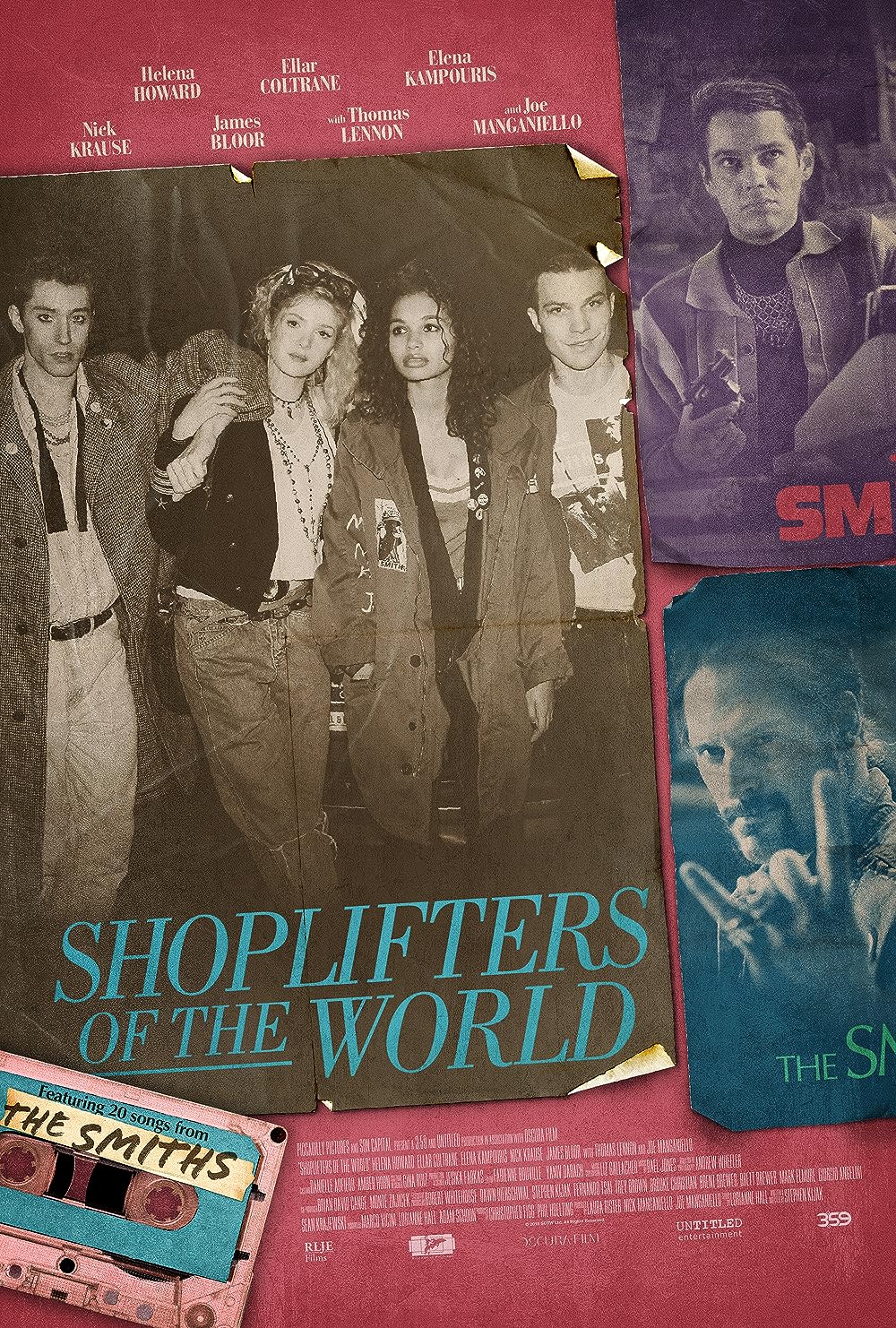 Shoplifters of the World: Directed by Stephen Kijak. With Helena Howard, Ellar Coltrane, Elena Kampouris, Nick Krause. 1987. Denver, Co. One crazy night in the life of four friends reeling from the sudden demise of iconic British band The Smiths, while the local airwaves are hijacked at gunpoint...

1987. Denver, Co. One crazy night in the life of four friends reeling from the sudden demise of iconic British band The Smiths, while the local airwaves are hijacked at gunpoint by an impassioned Smiths fan. From Elvis Presley to Arctic Monkeys: The 10 best B-Sides of all time

At the peak of their powers, The Smiths were churning out indie hits at such a productive rate that when ‘William, It Was Really Nothing’ was released as a single in 1984, it was backed by both ‘How Soon Is Now’ and ‘Please, Please, Please, Let Me Get What I Want’.

In 2007 Johnny Marr told Uncut that he thought ‘How Soon is Now?’ was “possibly [the Smiths’] most enduring record. It’s most people’s favourite, I think,” he declared.

He may well be the right; the track’s post-night-out sadness has graced a million kitchens in its swooning hue of blue. Marr’s trademark tremolo is in full effect, and Morrisey’s miserable wordplay saunters over the top, swinging a wilting bouquet. Perhaps the record’s most remarkable feat is that it escapes insular oblivion behind the song and has somehow managed to worm its way...
The Smiths
Continue…

Gigwise: "11 Underrated Songs: The Smiths A band with a famously flawless discography" (March 12, 2021)

Hailing from the unrelenting streets of 1980s Manchester, The Smiths have become one of the most well-remembered and influential British bands of their era. 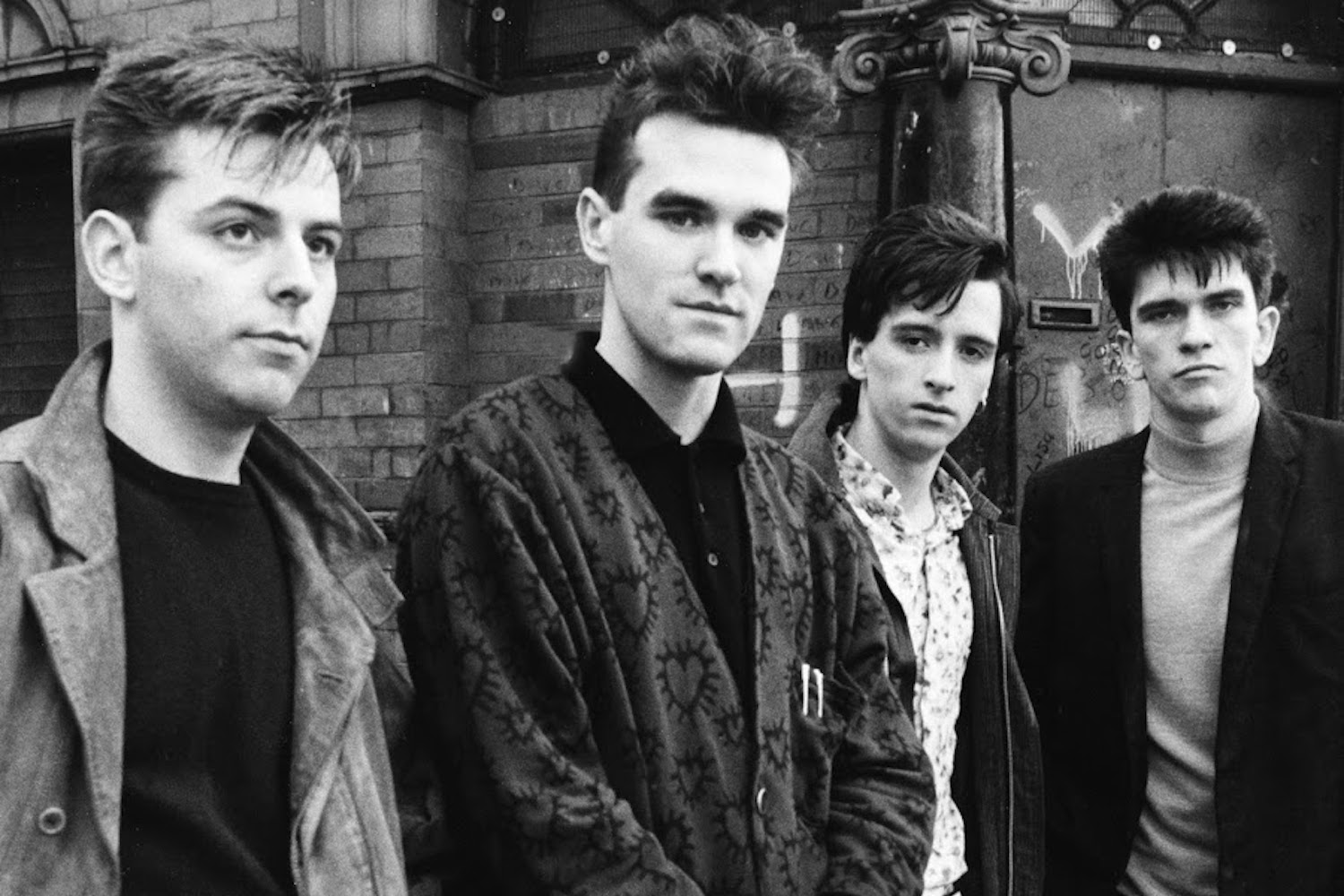 A band with a famously flawless discography | Gigwise
www.gigwise.com
The Smiths
Continue…

Produce Like A Pro YT: "Masters of Production: The Smiths and Blur Producer Stephen Street" (March 8, 2021)

"Best known for his work with The Smiths, The Cranberries, and Blur, today we are talking with English music producer, Stephen Street!

Street began his musical career in the late 1970s playing in various bands in London. He then started at Island Records as an in-house assistant and then as an in-house engineer.

The Smiths and Morrissey

One of Street’s first jobs as in-house engineer was for a session for The Smiths’s “Heaven Knows I’m Miserable Now”. He then worked on their album Meat Is Murder, with Morrissey and Marr producing for the first time.

Street continued to work with The Smiths, working as an engineer on their album The Queen Is Dead before assuming a producer role for Strangeways, Here We Come, their final album.

After The Smiths broke up, Street worked with Morrissey as a producer and co-songwriter on his album Viva Hate. This album reached No. 1, spawning two top 10 hits in the UK. Street went on to co-write and produce two further singles for Morrissey which...
Band/Associates The Smiths
Continue…

Morrissey A-Z: "Trouble Loves Me"
Sublime.
12 minutes ago
MrShoes
Morrissey Central "STEVE COCHRAN IS FOR SALE !?" (September 22...
This is wonderful. To heaven with it. "Circumstance beyond our control...
25 minutes ago
Phranc & Open
Post Whatever You Are Thinking At This Very Moment
Nice song.
43 minutes ago
Light Housework
The Drivel Thread
She said people fight, bulldoze, and kill nature instead of working around it.
Today at 9:41 AM
Light Housework
The Guardian: Rick Astley on his Smiths covers...
Moz does not like what R Astley and company will do, he agrees with Johnny...
Today at 9:31 AM
Johnny Marr - Leeds gig, 20th Sept
Sam/Morrissey are obsessed with posting all sorts of claims relating to...
Today at 9:11 AM
Surface