Spotted a stack of these in my local Tesco today. https://www.mojo4music.com/articles/stories/mojos-new-smiths-special-is-out-now/

MOJO The Collectors’ Series: The Smiths – Hand In Glove 1982-1987
MOJO’s finest writing on The Smiths in a single deluxe volume.
The Smiths
Continue…

Quite an interesting take on the reaction video, as this guy uses some music software to analyse the mix. No idea how accurate his assumptions are, (I don't think even Street and Marr can remember/agree exactly what they did at the time) but interesting to hear it pulled apart.

Another new article - it looks like Warners is really trying to push the back catalogue:
https://www.thisisdig.com/feature/t...Fadt8EclrtsRgET-45Nplkx4C5VUBdv1TYbI-a-rKIW9g
The Smiths
Continue…

New article (dated 27th June 2022) about Some Girls Are Bigger Than Others, published in 'Dig! (Warner Music's promotional magazine).
Not much in the way of actual new content, but a nice summing up for newer fans:
https://www.thisisdig.com/feature/s...j_6sjnNd8uRygwpdOllvVY4M3NPTw-dmDB0uFayFFVRm0
The Smiths
Continue…

From AO Arena, Manchester.......did she forget the words or just start in late?

An update on the John Peel auction:
Catalogue listings of 200 lots now online - an interesting & eclectic mix of items.
A few Smiths bits worth mentioning too.

Their first tape to him (rather wonderful): 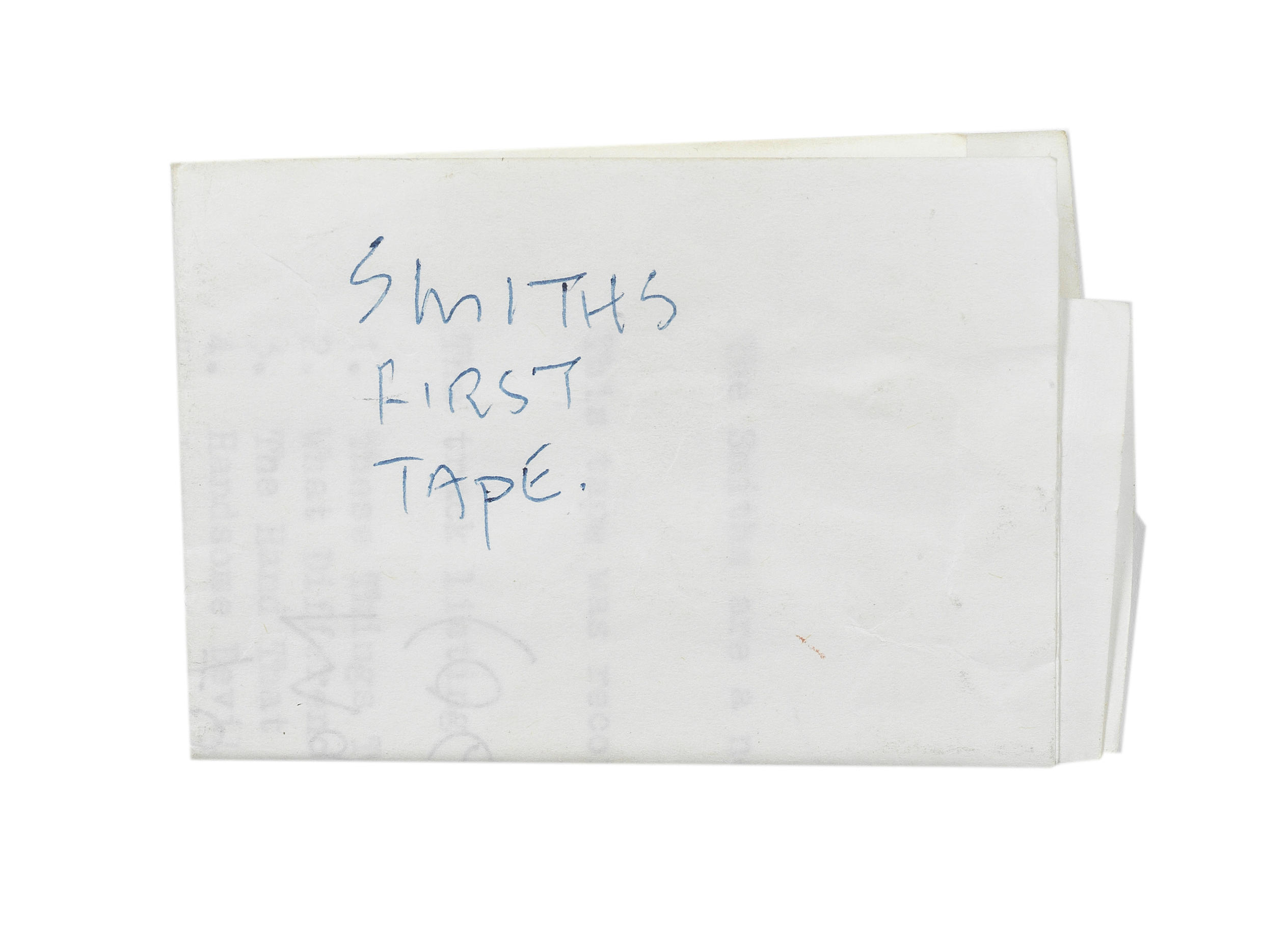 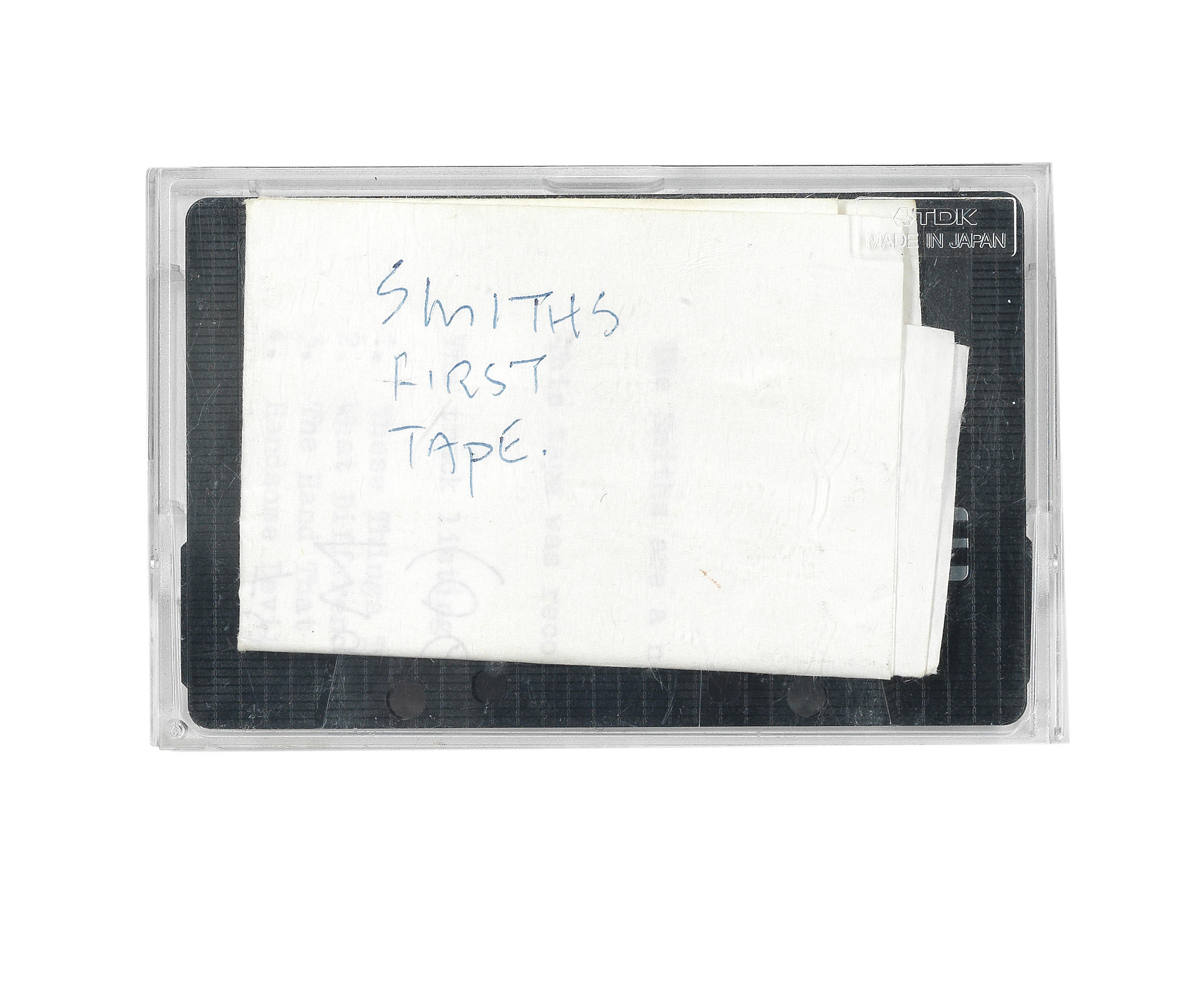 Bonhams : The Smiths An Original Demo Cassette From 'The Smiths' With Letter From The Band, 4 February, 1983,

Peel's The Smiths: A 'Gold' Disc Award For The Album Hatful Of Hollow: 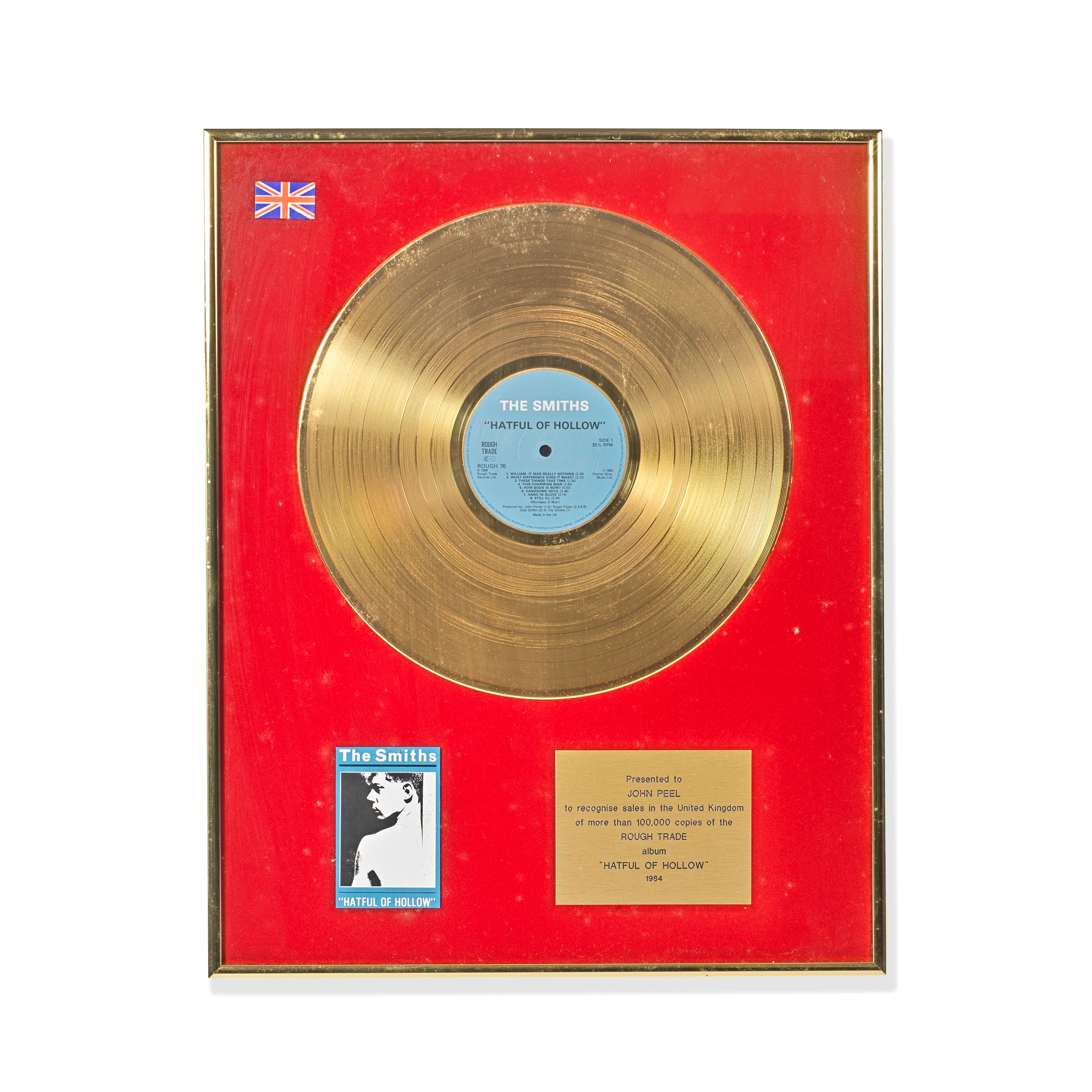 Bonhams : The Smiths A 'Gold' Disc Award For The Album Hatful Of Hollow, 1984,

The Smiths: An Autographed Copy Of The Single What Difference Does It Make?/Back To The Old House/These Things Take Time: 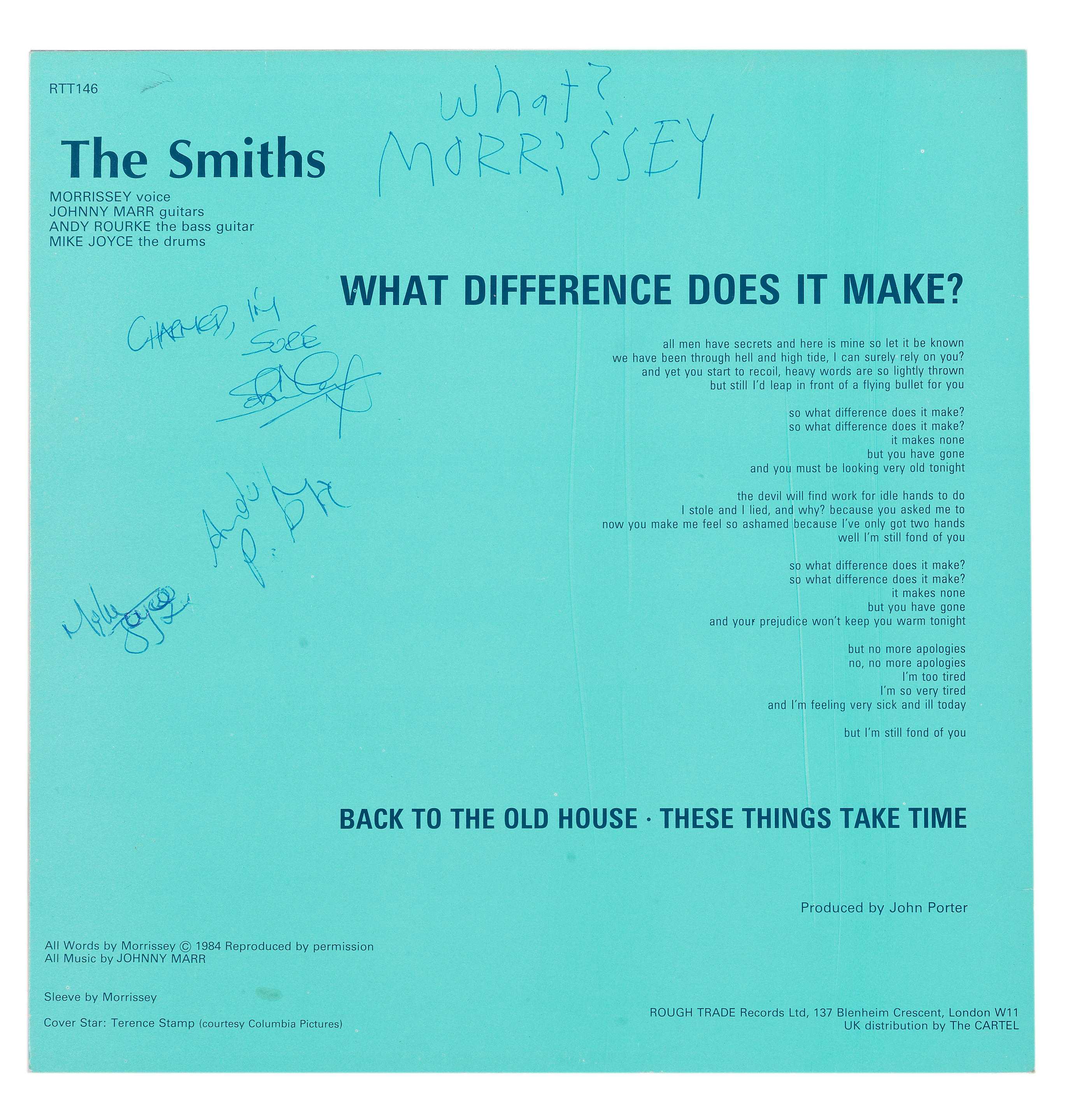 The Smiths live at the Nottingham Royal Centre on 21st Oct 1986, playing "How Soon Is Now?" and "Still Ill" - Soundsville International / YouTube

The Smiths live at the Nottingham Royal Centre on 21st Oct 1986, playing How Soon Is Now and Still Ill

Concert Filmed by Soundsville International. This is taken from my master Video8 tape.

Memories from the night

My Parents were in the process of moving to Lincoln in 86, and they were renting a flat while they looked for a house. It just so happened that they were away that week, and as Lincoln is not far from Nottingham, we decided to borrow their flat for the night. We drove up from London in our trusty VW Camper van in the afternoon. Picking up a pizza as we drove through Lincoln, we found the flat and had some tea (that's an evening meal for all you non Brits ... although we may have had a cup of tea with it).
Nottingham is about 40 miles from Lincoln. We didn't leave the flat until early evening, so time was quite tight as we entered the city. It has a ring road round the city centre, which wasn't easy to navigate. We could see the...
The Smiths
Continue… 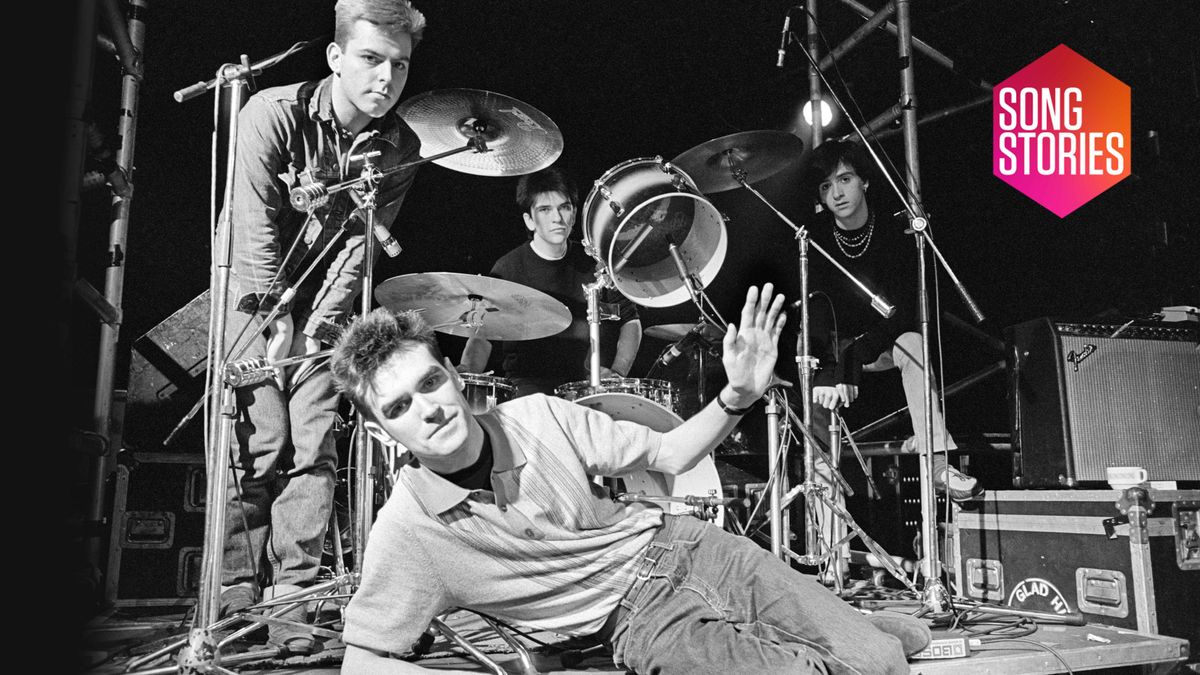 The crafting of an indie classic

What happened to Swords?
It was good. The cover was the first taste of the shite that would follow...
25 minutes ago
Dirk Blaggard
Bonfire Of Teenagers: some writing credits now...
I'm not a man, I am not a dog on a chain, Forgive someone, I bury the...
34 minutes ago
skull
RA: The Art of Production: 808 State (January...
Lol, reminds of that bit; on knowing Me Knowing you with Alan Partridge...
38 minutes ago
Dirk Blaggard
Best/worst Morrissey show closers?
Disappointed National Front Disco
49 minutes ago
Redacted
Static link collection for Morrissey & The...
See the first set of NHS links in the OP. Smiths & Morrissey sorted by era...
Today at 12:43 AM
Famous when dead
The Suede thread for Suede things
Today at 12:23 AM
Redacted