While the title may appear a little passe and the message somewhat less outrageous than it did 30 years ago, The Smiths' sophomore album remains among the finest pieces of musical work to appear during the eighties - if not the finest since punk and new wave broke in the mid to late '70s. And while our beloved premier (overseas readers excepted) may count it as one of his own fave raves, we won't let that put us off - most of us round here don't believe him anyway - being that such a fine and creative array of music is captured in its grooves. So in celebration and honour of this dynamic album's pearl jubilee comes this triple disc box set of DVDs. Featuring three separate films focussing on The Smiths in general, The Queen Is Dead album and the Morrissey/Marr angle...
Release Info The Smiths
Continue…

Just noticed that a local record store has Louder Than Bombs and The World Won't Listen as 2LP re-issues.

Then I found these on Amazon:

With June 7th, 2016 as the release date.
Release Info
Continue… 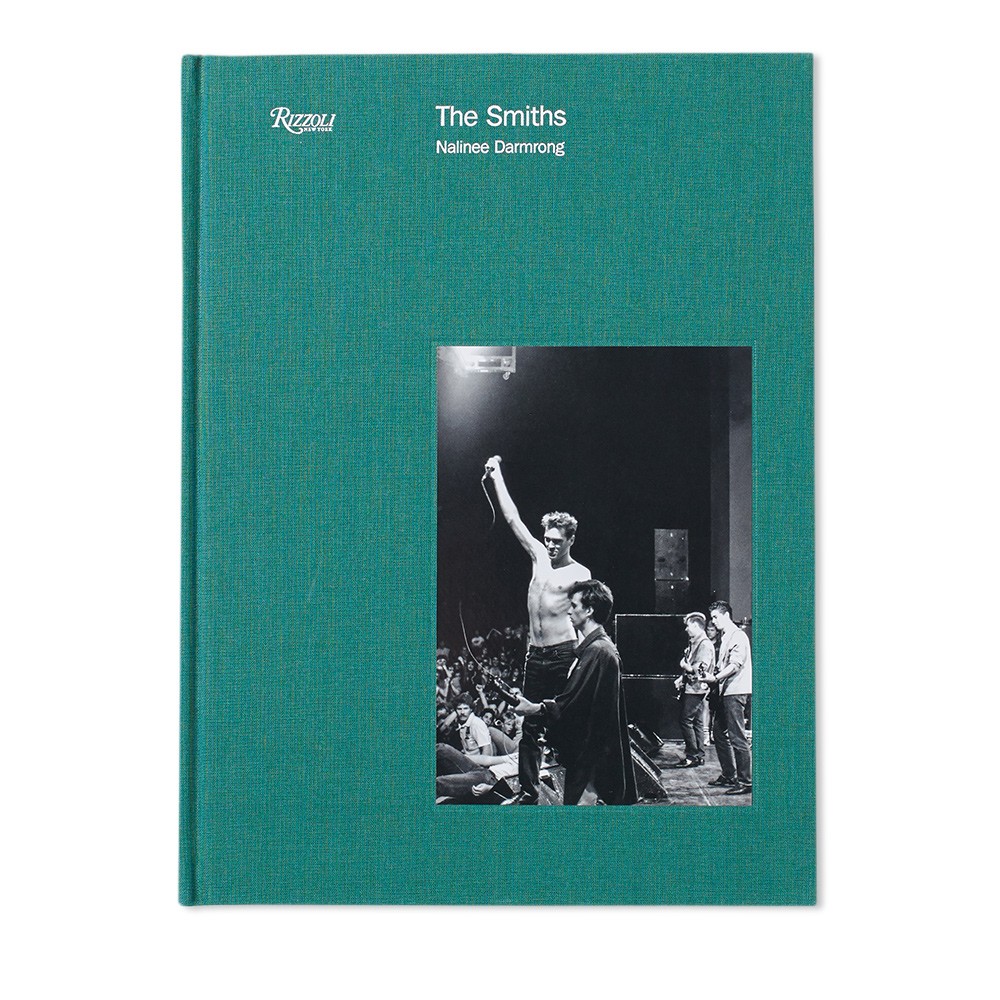 If you are a fan of The Smiths, this amazing photo book from the personal collection of family friend Nalinee Darmrong is worth a purchase... for yourself or friends who are Smiths fans. All photos were taken by herself over a few of years traveling with the band. The book is published by Rizzoli and is on sale at Amazon right now. Forwards by Nalinee, Andy Bell of Ride, and Marc Spitz music journalist of Rolling Stone and others.

The photos are really great. Comparable to professional magazine photos.

TTY: The Queen Is Dead

The Queen Is Dead - true-to-you.net

"I would like to congratulate the Smiths, and also Stephen Street, and also Rough Trade Records for 30 fantastic years of sales for The Queen Is Dead,which is 30 years old in June. We have always been gagged, of course, but certain recordings rise with time, and The Queen Is Dead and also Meat Is Murder both had the courage to put the fullest meaning of British life into words and music. It was the hope of helping things to evolve, and the mobilized strength of both recordings for 30 years has been fully understood and appreciated by those with sensible passions. Central issues in 2016 England include an urgent need of social justice for animals as well as an obvious recognition of 'monarchy as anarchy' (therefore, something with no place in a democratic society)...
Featured Release Info
Continue…

I have a lot of morrissey's albums but I never listened to these versions: Morrissey Central "Minneapolis" (May 29, 2020)
Sounds He struggled violently like black people always do. They never go...
2 minutes ago
reelfountain
Morrissey Central "WORLD POLICE" (May 31, 2020)
He watches the news, so you don’t have to. :tiphat: VIVA MOZ !!! :thumb:
8 minutes ago
Ketamine Sun
What song are you listening to right now?
Turkin' Bus Stop
11 minutes ago
The Wild Turkey
The Tea Party cover "Everyday Is Like Sunday"
Maybe he wants to be someone who cow wow wows... And a personality crisis is...
11 minutes ago
Oh my
Alain Whyte: Certain People I Know - Safe At...
Yeah I think AW struggled with this one vocally.
44 minutes ago
Mozmar
As Friends Rust - Last of the Famous...
Ok
45 minutes ago
GodEmperorMorrissey