Another interview - the article mentions that it's possible to buy prints of Darmrong's photos from the gallery.

Nalinee Darmrong with some pix in her exhibit at Studio 1469 at an opening reception on June 17. (Photo by Mickey)
Other People/Bands
Continue…

It’s no secret that Chris Gethard is a huge fan of The Smiths. After all, he’s got Smiths lyrics tattooed on his arm, as well as the signature of the band’s singer, Morrissey. It’s why, when he came to Chicago to perform at our comedy festival, we figured we’d put that knowledge to the test. Facing off against two Smiths/Morrissey fans, Gethard attempts to become the undisputed superfan that all others should bow to. Can he do it?
Other People/Bands
Continue…

TTY: Chiddy Bang video - 'All Over'

From 2011. Samples "I'm Throwing My Arms Around Paris'
Other People/Bands
Continue…

Chino of Deftones Performs "Dial a Cliche" in an Icelandic volcano


https://www.instagram.com/p/BG55sgcquym/
cjh51109: Chino playing 'Dial-a-Cliché' by Morrissey live and acoustic in a volcano.
Other People/Bands
Continue… 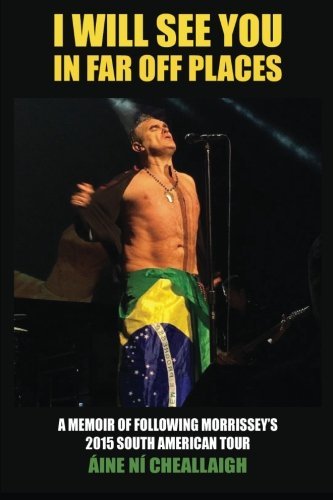 Blurb..."Áine and her wife Nora, self-described introverted bookworms, were happily ensconced in their small-town-with-cat life when everything changed. Faced with the death of Nora’s beloved mother and new twists and turns in Áine’s unfolding spiritual path, they both wanted more from life. More what? More of their beloved Morrissey. Two (quietly) raving fans with some U.S. shows under their belts hit upon a life-changing idea: follow Morrissey for his South American tour. These non-Spanish-speaking, comfort-seeking, fortysomething non-adventurers joined throngs of screaming twentysomethings in opening up to the mysterious, enthralling embrace of The Real and Proper Poet Laureate. Braving floods and medical emergencies (including one late-night trip to a jungle ER), searching for...
Other People/Bands Tour
Continue…

Nalinee Darmrong Discusses Her New Photobook of The Smiths - Washington City Paper
Before she was 9:30 Club's house photographer, Nalinee Darmrong spent some years on the road with the legendary U.K. band.

‘There At A Special Time’ — A D.C. Punk On Her Teen Years Touring With The Smiths - Bandwidth / WAMU
Other People/Bands The Smiths
Continue…

Take Me Back to Dear Old Jersey: Chris Gethard on the Smiths’ ‘The Queen Is Dead’ - SPIN

Take Me Back to Dear Old Jersey: Chris Gethard on the Smiths’ ‘The Queen Is Dead’ - SPIN
The comedian and longtime Smiths megafan discusses 'Queen' in advance of the album's 30th birthday

Other People/Bands The Smiths
Continue…

TTY: Please, somebody, tell me it's just a bad dream ...; Buzzcocks for McDonald's 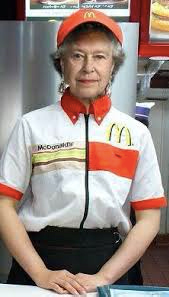 Pete Shelley has allowed McDonald's to use Buzzcocks' What do I get? to TV advertise McDonald's new Big Flavour (the flavour being sawdust) Chicken Wraps?!
In the words of another Buzzcocks song: oh shit...

above picture used with respect to owner (unknown)


About a tv ad apparently from the UK using Buzzcocks "what do i get ?"
http://tvadsongs.uk/mcdonalds-advert-music-what-do-i-get-wraps/
I can't see it , it's not available in my region
Other People/Bands
Continue…

Dennis Herring (producer) / Twitter -...
I mean he tells different versions of things depending on his mood / whether...
5 minutes ago
Amy
Morrissey Central "I’M NOT YOUR MOM" (June 22, 2021)
Morrissey is a father figure to quite a few people. I feel really sorry for...
15 minutes ago
Painting and Drawing
My two favourite punks.
49 minutes ago
Hovis Lesley
Morrissey A-Z: "Neal Cassady Drops Dead"
Menace within tent. Tears shampooing beards, hosed down in a barn, babies...
Yesterday at 11:44 PM
SeanTheFirst
Post Whatever You Are Thinking At This Very Moment
I thought the fashion people here might like this. I'm thinking of having...
Yesterday at 11:03 PM
The.Truth.
Official Facebook Las Vegas 2021 dates announced on Morrissey...
Well I'm sure a tornado or a locust plague can be arranged as well. ... You...
Yesterday at 9:55 PM
Barking