"I Was Bully, Do Not Forget Me" - One-Way Song imagines unreleased song

We are a young Manchester group 'One-Way Song'.

While perusing on this site through unreleased Morrissey songs the title "I Was Bully, Do Not Forget Me" particularly struck us, hence we penned this song "When I Was Bully" to imagine, through our own sound, what Morrissey may have done with that title. We hope it stands as a humble but original and creative tribute to Morrissey.

The video for the resultant song can be viewed here, filmed in Manchester:


The lyrics are here:

"Every-time I moved, I'd quash something"
said loathsome

There are diseases, worse yes than diseases
aches which don't even ache in one's soul
my cold Manchester heart had a name
When I Was Bully

Every-time I moved, I'd quash something loathsome
for you!

Boy George was on a Twitter bender and rapid fire answering multiple tweets.

In response to "Hi @BoyGeorge you like The Smiths?" he responded "What kind of person wouldn't? A human disgrace!".

Comment from Alain : "Been getting asked what Morrissey song did we do. This is the track we covered. Sounds pretty great considering it is live and not our own back line. The amps belonged to the Lucky Strike house band who are red hot. Please share and let everyone know. We will be playing really soon so keep a eye out for Stadium."

Also, an interview at the link posted by Jimmy / Facebook: 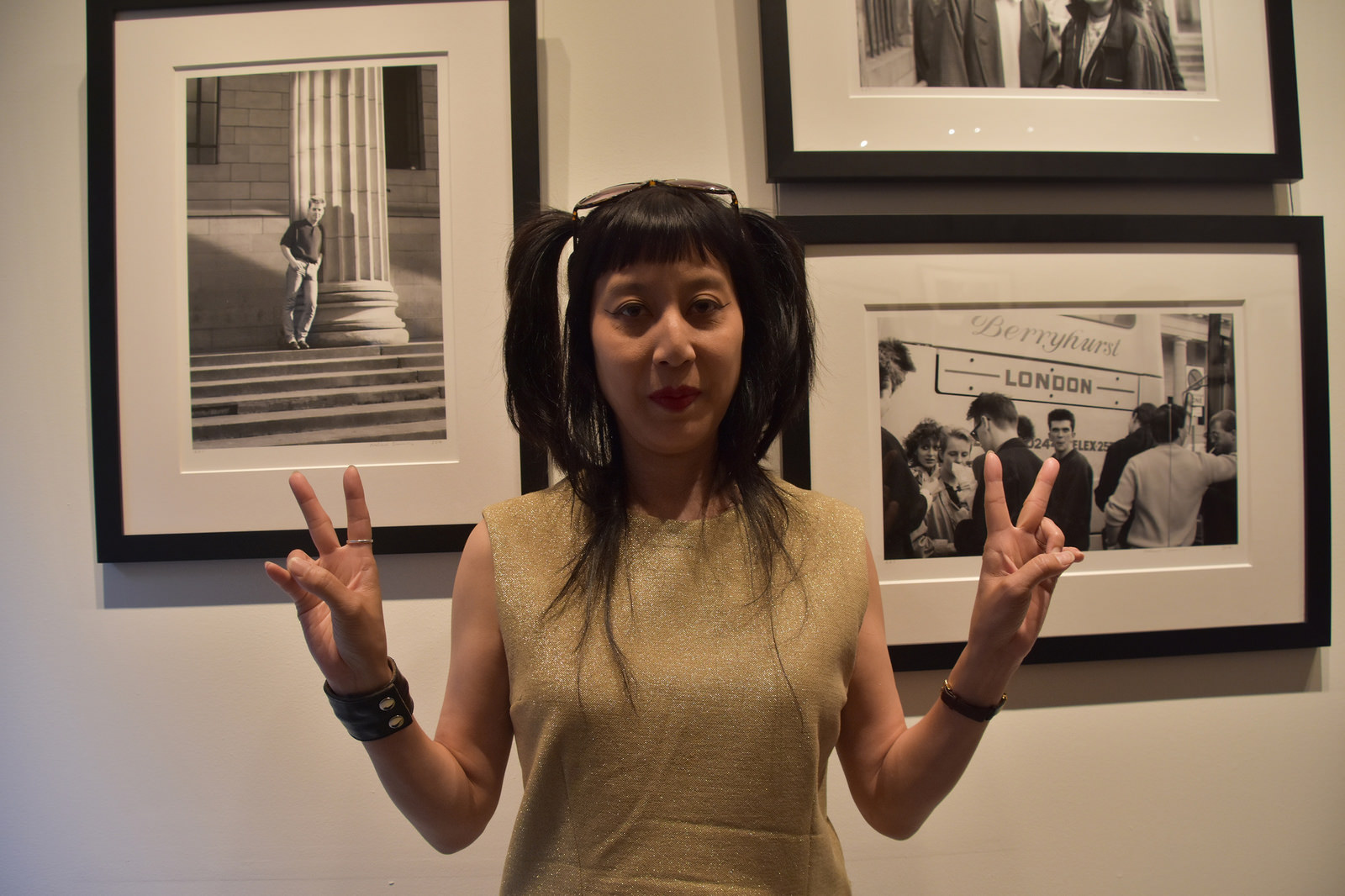 Another interview - the article mentions that it's possible to buy prints of Darmrong's photos from the gallery.

Nalinee Darmrong with some pix in her exhibit at Studio 1469 at an opening reception on June 17. (Photo by Mickey)
Other People/Bands
Continue…

It’s no secret that Chris Gethard is a huge fan of The Smiths. After all, he’s got Smiths lyrics tattooed on his arm, as well as the signature of the band’s singer, Morrissey. It’s why, when he came to Chicago to perform at our comedy festival, we figured we’d put that knowledge to the test. Facing off against two Smiths/Morrissey fans, Gethard attempts to become the undisputed superfan that all others should bow to. Can he do it?
Other People/Bands
Continue…

Morrissey / Smiths vinyl reissues query
do grow up
1 minute ago
Kostia
Post Whatever You Are Thinking At This Very Moment
He'd lent me money, and kept hurting me with his words, until I paid him...
1 minute ago
Light Housework
Percussion Discussion: Chad Smith says "just...
New album? Pah! What odds will your local bookies give that it'll tumble out...
7 minutes ago
Is Coronavirus as serious as they say?
Fair point, and thanks for listening to it. Yes, I missed sharing all of the...
11 minutes ago
Hovis Lesley
Painting and Drawing
It's moving slowly but I'm liking it
24 minutes ago
Light Housework
Morrissey Central "THAT’S ENTERTAINMENT" (February 26, 2021) -...
Down 1 to #13. FWD.
31 minutes ago
Famous when dead